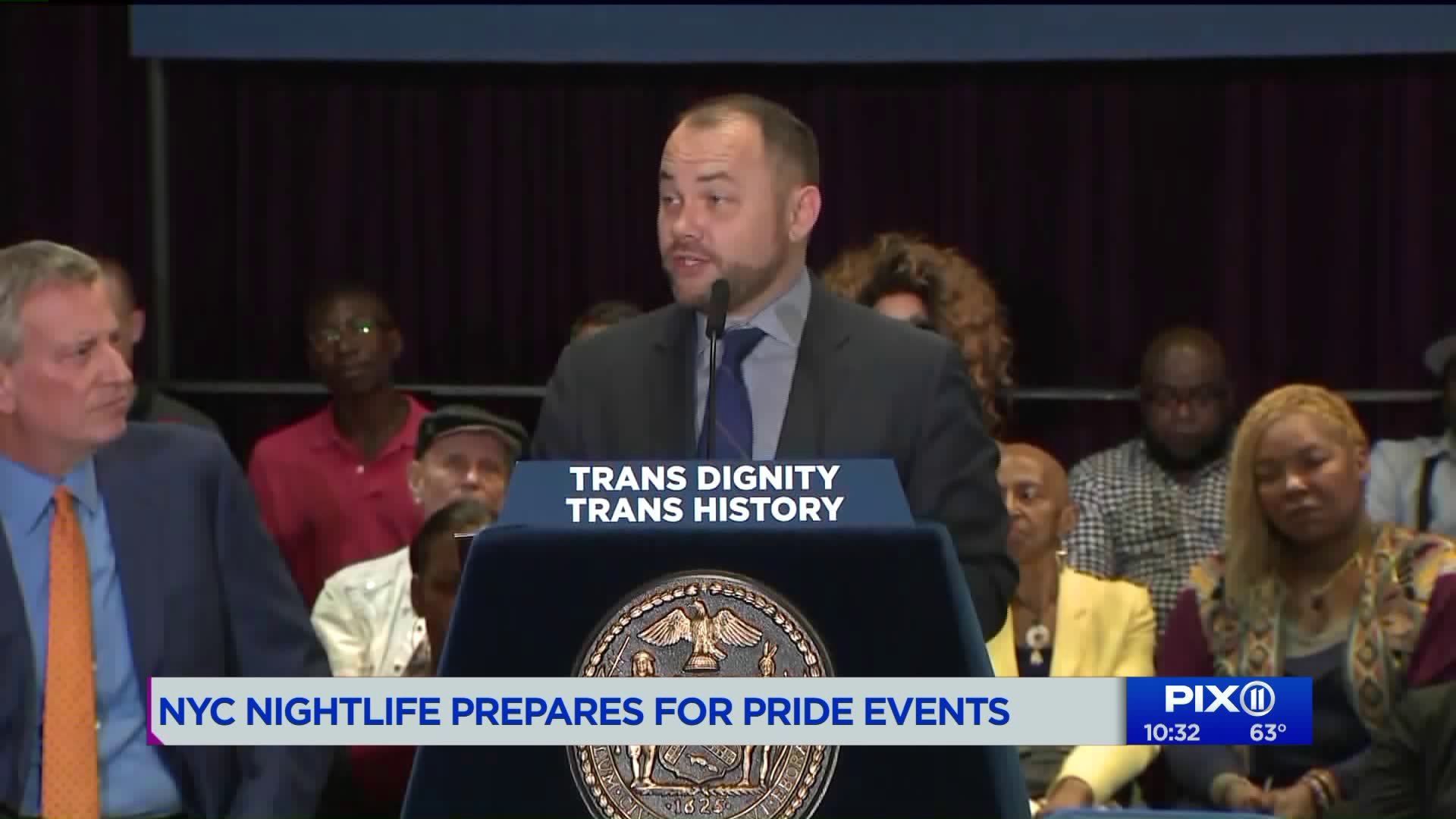 The city is gearing up for Pride month, and this isn`t just any Pride month. That`s because New York will be hosting World Pride this June to coincide with the 50th anniversary of the Stonewall Uprising.

GREENWICH VILLAGE — Up to six million additional visitors are expected in New York City in June.

They’re visiting for Pride Month. The City will also host WorldPride this year, coinciding with the 50th anniversary of the Stonewall uprising.

City officials want the LGBTQ community to feel safe and inclusive. Tonight, that was the topic of discussion at a pre-Pride event.

“The LGBTQIA+ community has been so instrumental in forming the New York nightlife scene,” said Ariel Palitz, Senior Executive Director, Office of Nightlife.  “These are safe and liberating spaces.”

Palitz headed up a panel this evening to address the nightlife scene and how the city can provide venues where people can feel free to be themselves.

“A lot of people are coming to New York, it’s important to stay safe, stay together, be vigilant but realize it’s a welcoming community,” said nightlife journalist Michael Musto. “There are many activities and so many bars to go to.”

On June 28th, 1969, police raided the now iconic Stonewall Inn, a gay bar in the heart of Greenwich Village.

The LGBTQ community fought back, sparking days of demonstrations - the moment has been considered the birth of the modern gay rights movement.

“The first ever permanent artwork honoring trans women in the world,” said Chirlane McCray, to the delight of the crowd.

Both Johnson and Rivera have passed away, but they will forever  be remembered for their activism and charity work, notably with the AIDS organization Act Up.

“Their fight for LGBTQ equality inspired change, not just here but around the world,” said Corey Johnson, the New York City Councilmember who is openly gay and HIV positive.

Johnson and Rivera will be immortalized in a monument that will be placed on Christopher Street, near the Stonewall Inn.