Politicians and unions rally for reauthorization of the 9/11 fund 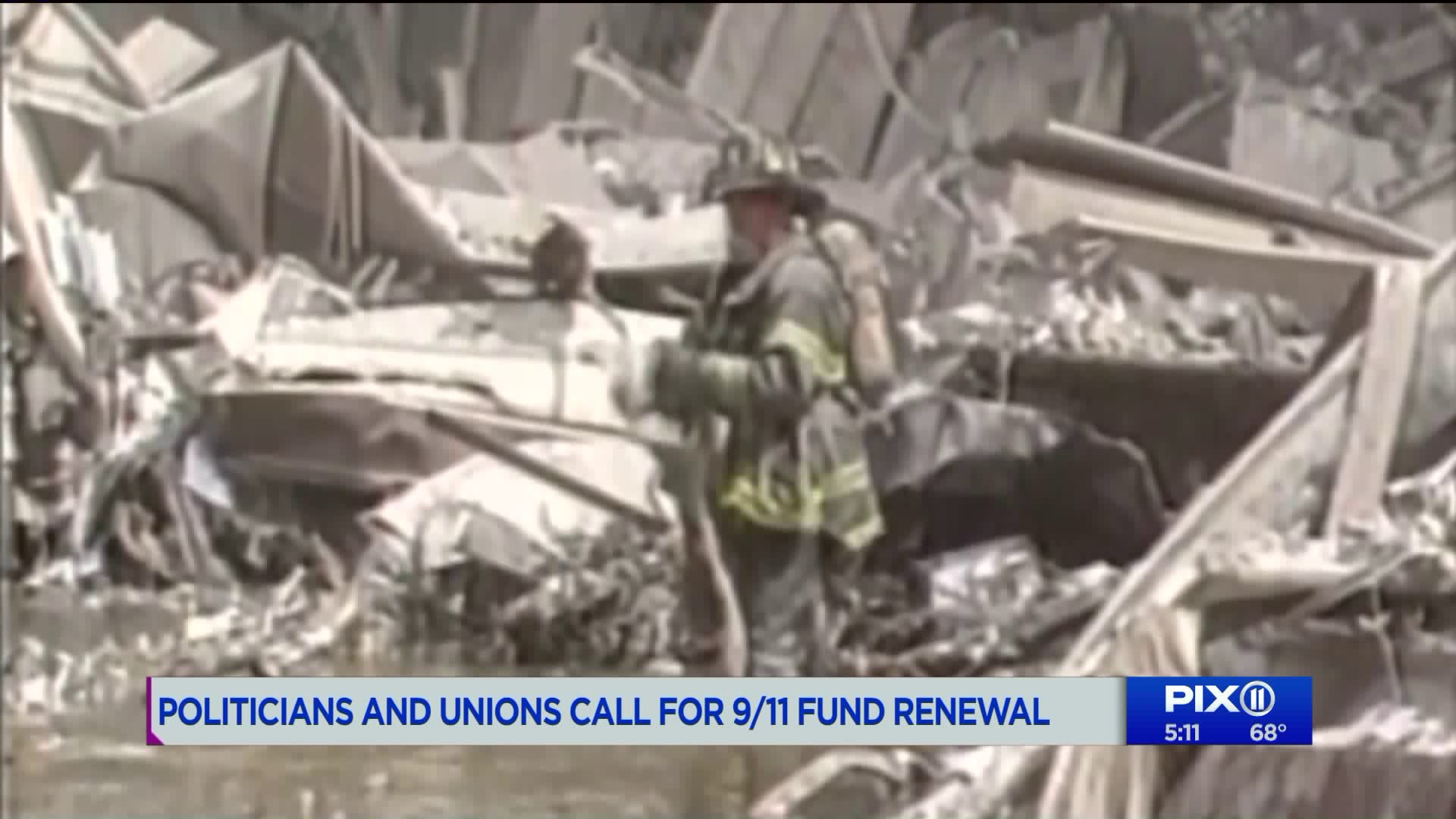 In the days and weeks following September 11, 2001 an estimated 400-thousand people were in lower Manhattan breathing in all that deadly dust and debris. And just as many of them are only now getting sick the victim compensation fund is making deep cuts and is set to run out next year.

NEW YORK -- In the days and weeks following September 11, 2001, an estimated 400,000 people were in lower Manhattan breathing in the deadly dust and debris.

Many are only now getting sick as the Victim Compensation Fund is making deep cuts and is set to expire next year.

On Wednesday, city council members rallied with unions outside the National September 11 Memorial and Museum to demand the reauthorization of the 9/11 fund.

”Imagine a first grader walking into the zone, and when that first grader turns 18 coming down with cancer, because they were told they could go back to school,” said the President of the United Federation of Teachers.

Congresswoman Carolyn Maloney is a prime sponsor of the bill which would permanently extend the fund.

“On 9/11 we lost almost 3,000 lives, and since then many thousands more have died,” she said. “Soon the number of people who will die because of the deadly toxins they were exposed to will be larger than those who died on 9/11.”

Many of those victims and family members are feeling a very real burden right now, as benefits have been slashed up to 70 percent to try and extend the life of the fund until congress can act.

The House of Representatives is expected to pass the reauthorization bill by the end of summer. There is also support in the Senate, although historically senators from rural states have expressed concern about the billions this will cost in the coming years.