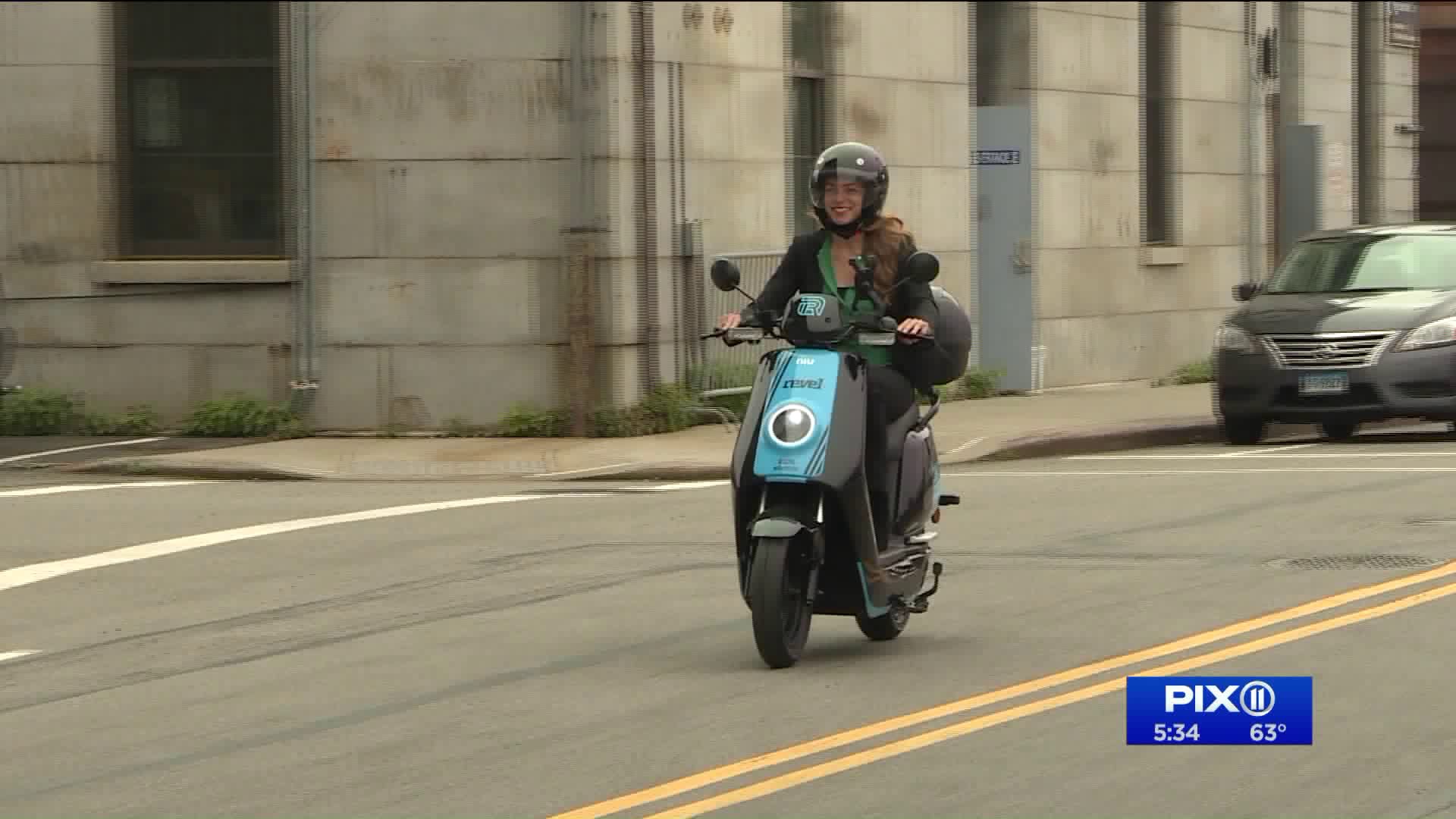 The streets of Brooklyn and Queens got a little bit more crowded Wednesday.

NEW YORK — The streets of Brooklyn and Queens got a little bit more crowded Wednesday.

The transportation start-up Revel deployed one thousand of its shared electric mopeds from its assembly warehouse at the Brooklyn Navy Yard, giving residents in those boroughs another option to get around town.

"These vehicles are 100% electric and I think sometimes that gets lost when people look at this vehicle – so if you think about the future of cities and transportation in cities that future is electric mobility," Revel Co-Founder and CEO Frank Reig said.

Revel first hit the road with its mopeds last summer, when it launched its 10-month pilot program with 68 mopeds in a handful of neighborhoods across Brooklyn and Queens. The fleet expansion comes with expanded service to more than 20 neighborhoods including Bushwick, Williamsburg and Astoria.

Unlike other shared modes of transportation, revel mopeds are registered with the DMV, equipped with two helmets, come with insurance and sport license plates. Riders register on an app using their drivers license.

Despite research that shows crashes involving mopeds are just as fatal as motorcycle crashes, Revel stands by their product, insisting safety initiatives played a large role in their pilot program.

"We haven’t had one person go on a highway in 35,000 rides not one person has gone on the BQE, the Long Island Expressway. I think it’s because we do a very good job of getting that information across with in the app," said Reig.

Revel is expected to get their full fleet on the streets by the end of the week.