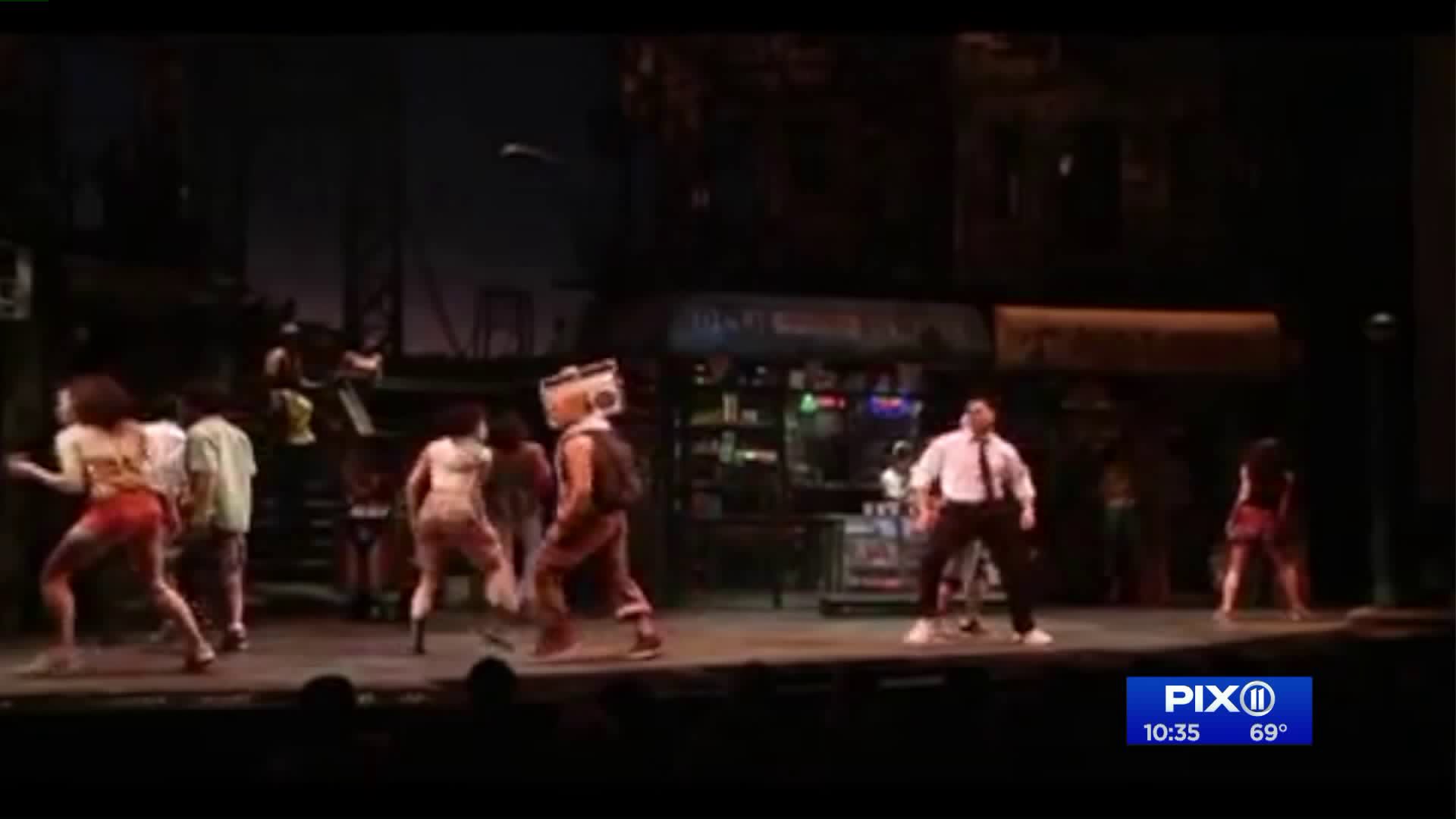 Miranda may be known for being creator and star of the Broadway megahit “Hamilton,” but in just a week he’s going back to his roots and turning his first musical “In the Heights” into a full-length feature film.

Miranda was at the Theater to accept an award on behalf of Warner Brothers for filming “In the Heights” in Washington Heights.

The casting call for locals to audition for 'In the Heights.'

Miranda started writing his love letter to Washington Heights when he was just 19 years old. “Everything that we wrote in 2008 the issues the Heights tackle, gentrification, immigration, they could not be more relevant in 2019 I just think time has caught up with the piece and I can’t wait to make it,” said Miranda.

Warner Brothers was one of 5 honorees. The others: Mino Lora, co-founder of People’s Theatre Project; Obrien Luna, one of the most successful bohemian musicians in the Hispanic community who performs weekly at Manolo Tapas in Washington Heights and Guadalupe in Inwood; Dance Theatre of Harlem, recognized for providing access to ballet for all; and Hike the Heights, an annual community hike and celebration in northern Manhattan parks.

The event at the theater this evening kicked off the annual Uptown Arts Stroll, a month-long festival with over 300 events, to showcase artists in northern Manhattan. It started as a one-day popup in 2003 and now in its, 17th year, it’s never been stronger. “You can stroll or take the bus or subway and enjoy the arts, you don’t have to go to other parts of the city,” said Joanna Castro, executive director of Northern Manhattan Arts Alliance, or NoMAA. “If you live here, we invite you to attend and if you live in other parts of the city, please come and check out what northern Manhattan has to offer in terms of the arts.”

“The Arts Stroll for the last 17 years has been a community event because it showcases artists from this community,” said Luis Miranda, Jr., Lin-Manuel’s father. “We’re not importing artists, we have artists of Lin-Manuel’s stature and we have many artists in all the disciplines that spend their lives doing artwork here in the community and this is the moment to highlight their contributions.”

Lin-Manuel made a point show appreciation for local artists. “Thank you for staying in your neighborhood and telling your neighborhood stories,” said Miranda. “You don’t have to go downtown to show your work you can come up to us once a year.”

Michael Diaz lived in Washington Heights for over 20 years. He tells us what the Annual Stroll means to artists like himself. “I wanted to create content that had a positive reinforcement of the neighborhood, creating video and comedy and I feel it’s very important to show a positive light to Washington Heights,” said Diaz. “I think we need an organization that can support us and get us to the right place to be.”

Most of the month’s events are free. “It’s culture, we’re teaching people to appreciate our artists, we have so many talents here,” said Davia Prego. “This is a program for all the month of June, concerts, art workshops, for children, for grownups, something for everybody.”

The filming of “In the Heights” begins next week and runs through September. The production team is looking for real Washington Heights’ residents – men, women and children to appear as extras in the upcoming movie, that’s expected to be released sometime in 2020. 90 percent of the movie will be filmed in Washington Heights.

“It’s the place we want to make sure shines so generations of Mirandas continue to see this neighborhood as a shining place at the top of Manhattan,” said Luis Miranda.

“For me, what’s exciting is how the show opened in 2008, we closed in 2011 but it’s had such a life in regional productions, in school productions, the show just means so much to people it lives in a different place in people now and so for them to see that story told on screen, it just means a lot more than it would’ve a few years ago,” said Miranda.