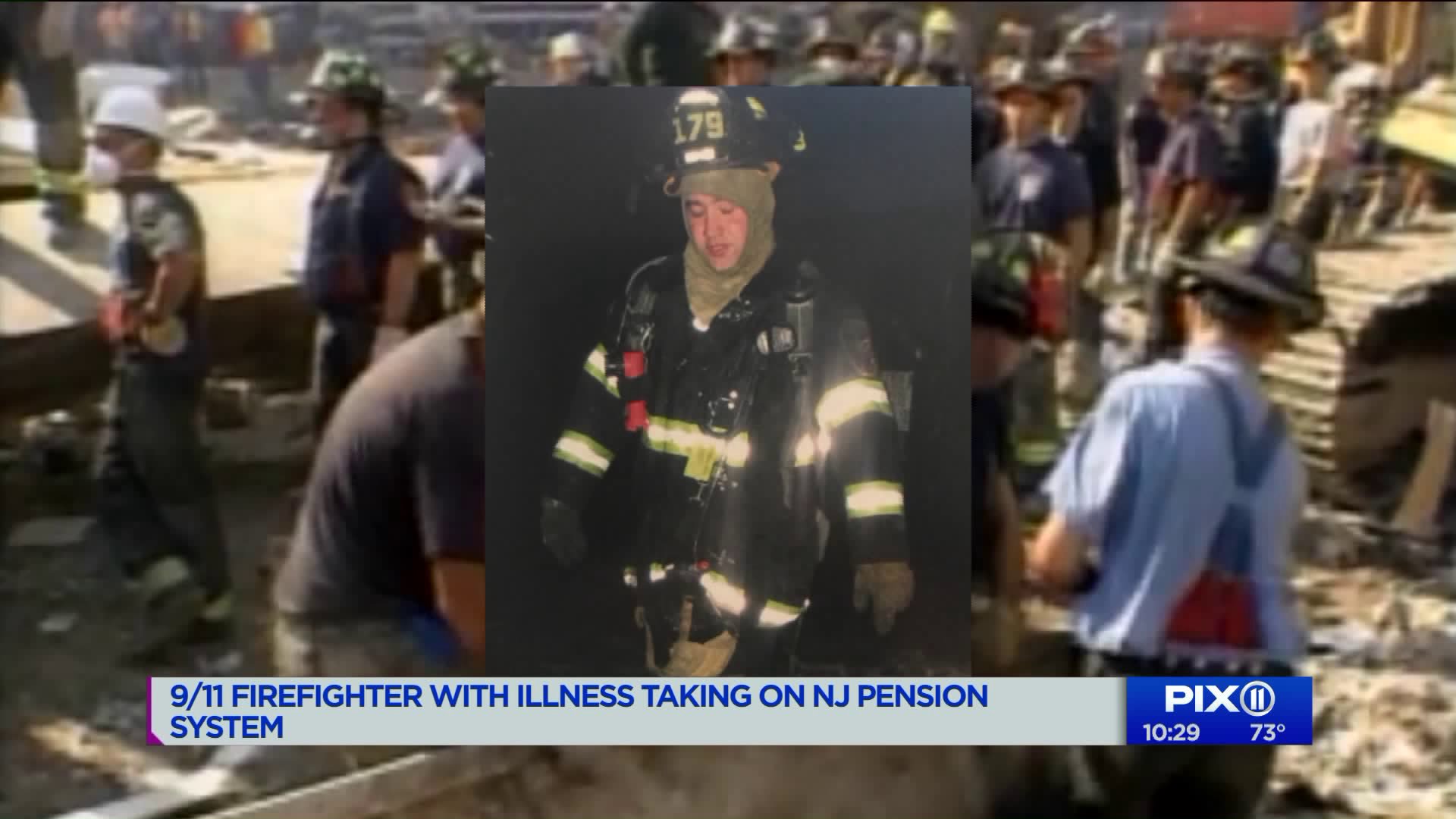 Clifton Fire Lieutenant Bill Ricci discovered what was happening when he became seriously ill more than a decade after spending just one day volunteering to clear debris.

CLIFTON, N.J. -- There’s a small group of North Jersey firefighters who volunteered in Lower Manhattan in the days that follow 9/11 who are starting to get sick — and forced to retire early.

However, a gap in the New Jersey Pension system means those heroes are not getting their full benefits.

Clifton Fire Lieutenant Bill Ricci discovered what was happening when he became seriously ill more than a decade after spending just one day volunteering to clear debris.

“Everybody was coated with the stuff,” Ricci recounted. “The ground, you couldn’t see it, you left footprints.”

A decade later, Ricci was working through the ranks of the Clifton Fire Department and building a family with his wife Danielle and their four sons.

Then the symptoms started.

In 2016 it got much worse -- high fevers and trouble breathing.

A year and a half of tests finally revealed he had sarcoidosis and later on tracheobronchomalacia — basically he has trouble breathing if he exerts himself too much.

“Somebody said: ‘what about 9/11,’ and I was like: ‘I was only there one day,’” Ricci said. “I didn’t think it was that big a deal. But I went in to the doctors and and they said absolutely these are the things everybody gets.”

It eventually became clear Ricci could not be a firefighter anymore. He was forced into retirement about two years short of his full pension and healthcare benefits.

The city of Clifton told Ricci because he was volunteer on 9/11, not directly assigned to help, there was nothing the city could do.

Ricci’s family said after nearly 23 years on the job in Clifton, denying his full benefits, is an insult to his 9/11 illness.

“We have four kids and what if we don’t have the healthcare we need,” Ricci’s wife said sitting at a table surrounded by family. “It’s stressful and hard to think about.”

It is estimated a few dozen north Jersey families are in a similar situation — with firefighters who volunteered in the days after 9/11 forced to retire short of their pensions.

So realizing it was the right thing to do and a relatively inexpensive fix, last week the New Jersey Assembly voted unanimously to make sure the sick firefighters got their pensions.

However, with the State Senate yet to vote, Ricci will keep the pressure on until he and others like him are made whole.