Side by Side: Largest NYC military event celebrating veterans and active duty members 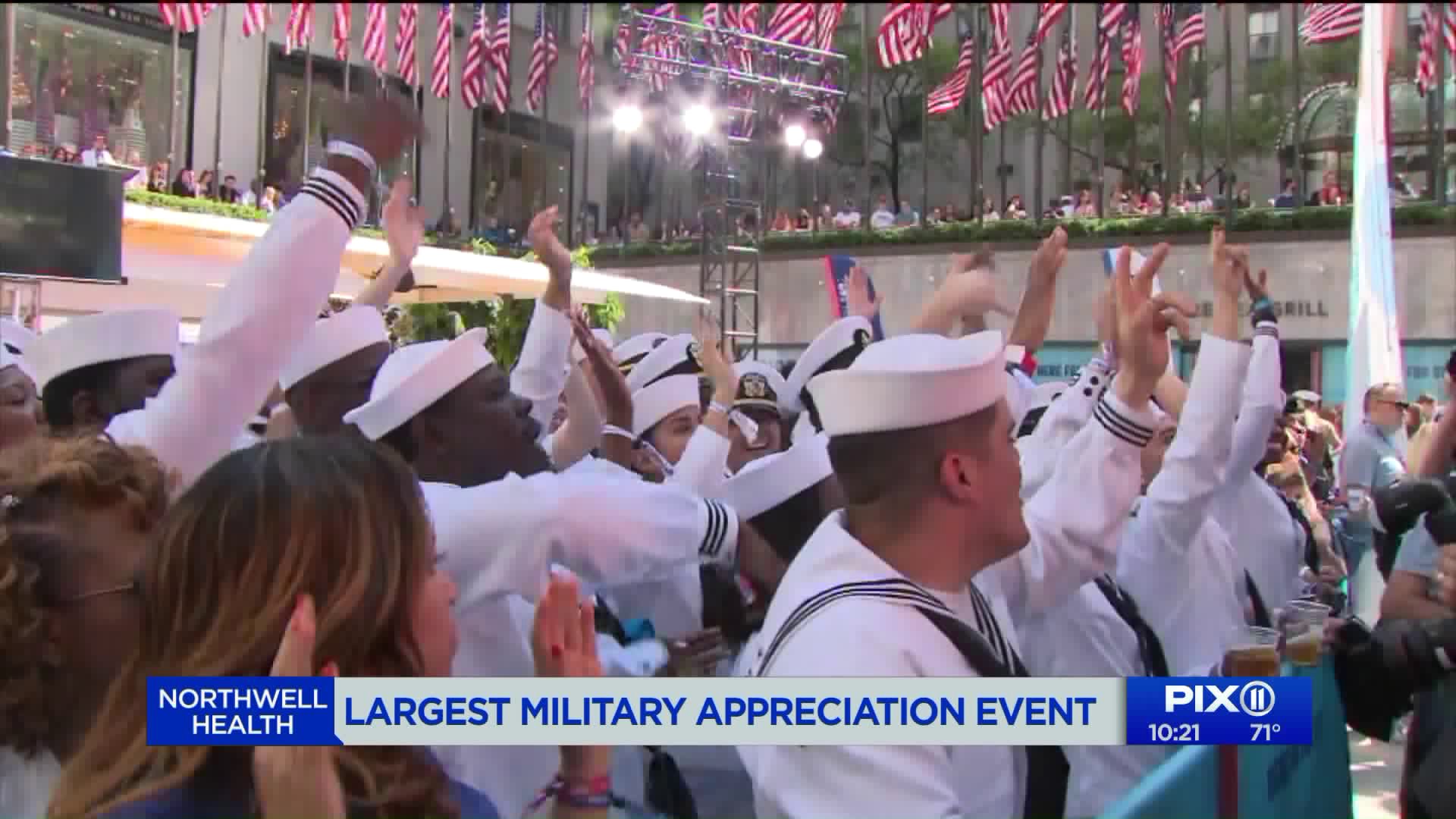 In a culmination of Fleet Week 2019, Northwell Health hosted the largest military event in New York on Sunday, taking over Rockefeller Center to celebrate veterans and active duty military members.

MIDTOWN — Over Memorial Day weekend, the largest private employer in New York is showed their big heart when it comes to veterans.

In a culmination to Fleet Week, Northwell Health took over Rockefeller Center to host the largest military event in New York, Side by Side.

The goal of the event? To change the way companies view, treat and serve our military. That's where Northwell Health has been a trailblazer.

Anthony Silvera retired from the Air Force after 30 years of service. The father of three thought he'd be a shoe-in for the work force. “I was staying up until 3 a.m. applying for tons of jobs and I was not hearing anything," Silvera said.

Silvera now runs the coordinating center for VetConnectNYC. His group is the one-stop-shop for vets in the five boroughs who need employment, housing, and help with healthcare issues.