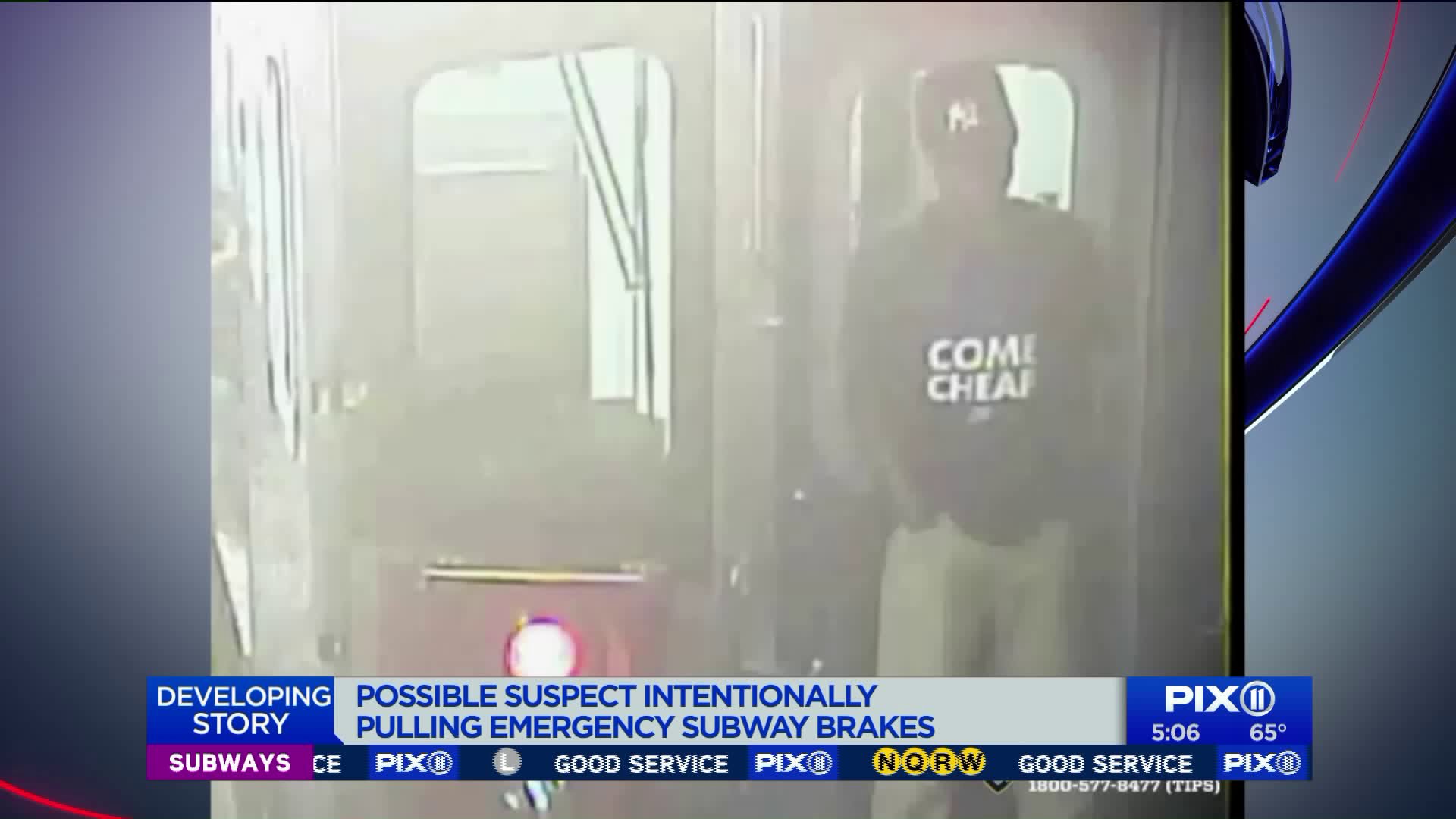 The NYPD released video of the man who has been pulling the emergency brakes on trains during peak commuting hours.

MANHATTAN — The NYPD released video of the man who has been pulling the emergency brakes on trains during peak commuting hours.

The individual is described as a man, 20-to-30 years old with brown eyes and black hair. He is approximately 5 feet, 9 inches and weighs 160 pounds.

In the video, he was last seen wearing a dark colored New York Yankees cap and a black Nike t-shirt with the words "swag don't come cheap" on the front.

The MTA believes a group of people may be intentionally activating the emergency brakes. This is something officials say may have been going on for years.

“We were reluctant to discuss because of copycats," MTA chairman Pat Foye said.

But now the MTA wants to enlist the public’s help in finding the people responsible.

Foye said the MTA needs to be able to ban people who cause disruptions.

"What they do is they go in, they operate the emergency brake, the've been in some cases surfing on the back of the train and they run off before they get caught and go and do it on another train," MTA President Andy Byford said. "This is stupid, it is dangerous, it is selfish and it has got to stop."

We suspect someone has intentionally disrupted thousands of commutes on the 2/3 lines today by activating multiple trains’ emergency brakes. If you see any suspicious behavior, please @ or DM us details ASAP, including car #, so we can get trains back on schedule.