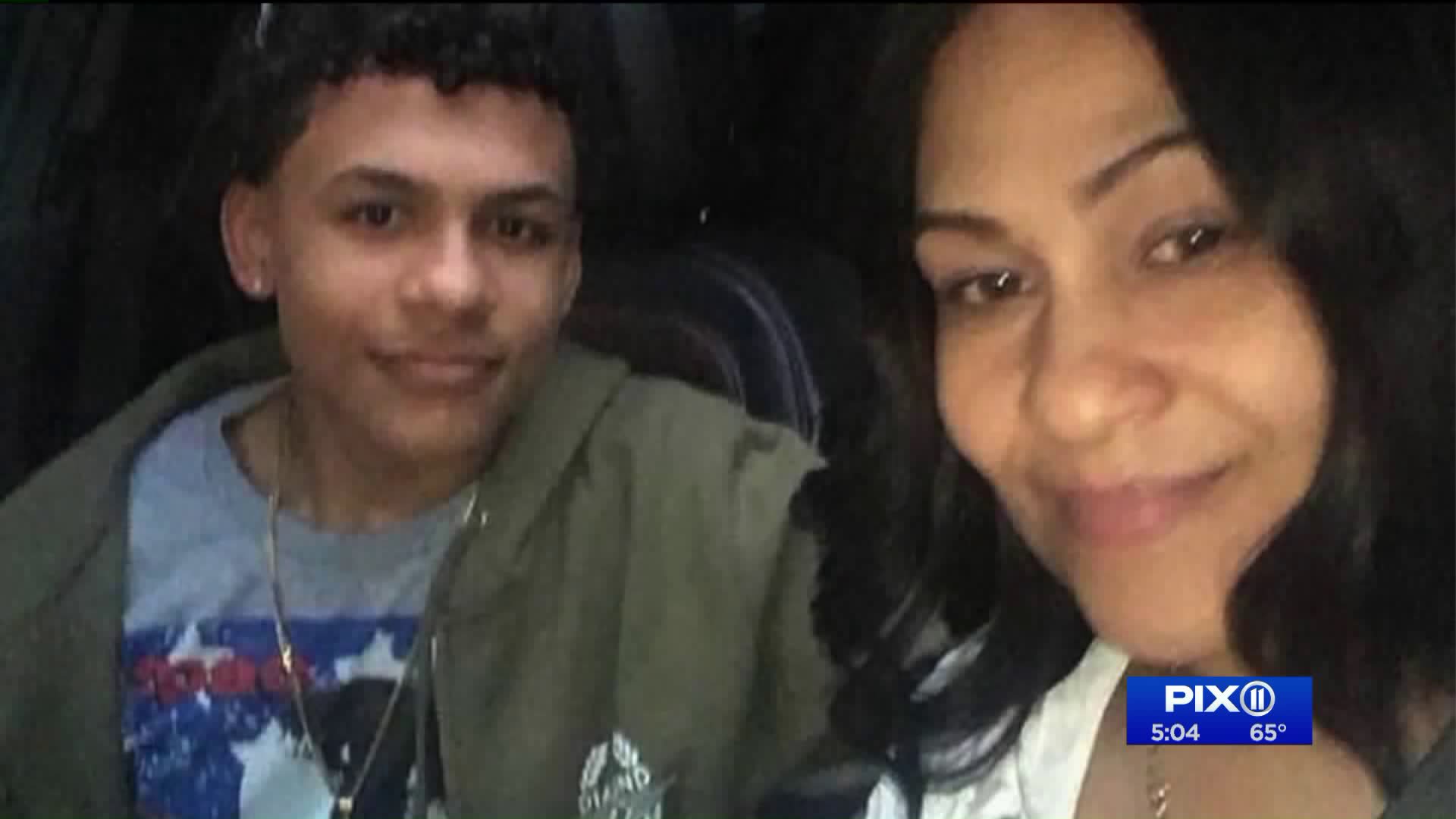 Defense attorney, Kyle Watters, was hammering the 20-year-old Alvarez about his role in the chase, beating, and dragging of Junior, 15, to his eventual stabbing by five men on a sidewalk outside a Bronx bodega.

THE BRONX — The distraught mother of slain teen Lesandro “Junior” Guzman Feliz had to be carried out of a Bronx courtroom Thursday, after she started screaming and shaking in her seat during cross-examination of star witness, Kevin Alvarez.

Defense attorney, Kyle Watters, was hammering the 20-year-old Alvarez about his role in the chase, beating, and dragging of Junior, 15, to his eventual stabbing by five men on a sidewalk outside a Bronx bodega.

He was challenging Alvarez’ version of what happened the night of June 20, 2018.

When Watters showed footage of Alvarez forcing his way through a glass partition door that separated Junior from the gang members, he forcefully asked the witness, “But for you pushing through that door, Junior would have stayed on the other side of the door.”

The footage later showed Junior being dragged out of the bodega.

It was during another piece of the surveillance — when a mortally wounded Junior stood alone on the sidewalk, clutching his lethal neck wound after being turned away from the bodega a second time — when his mother, Leandra Feliz lost it.

Her body began shaking, she was pounding her fists on the spectator bench, and it looked like she was about to faint.

That’s when court officers surrounded her and nearly carried her out of court, as Feliz continued screaming in the hallway.

Court officers told startled camera crews standing behind a barrier not to shoot any footage of what they called a “medical emergency.”

Later, an FDNY ambulance arrived at the court so EMTs could check out Feliz, but she was not taken to the hospital.