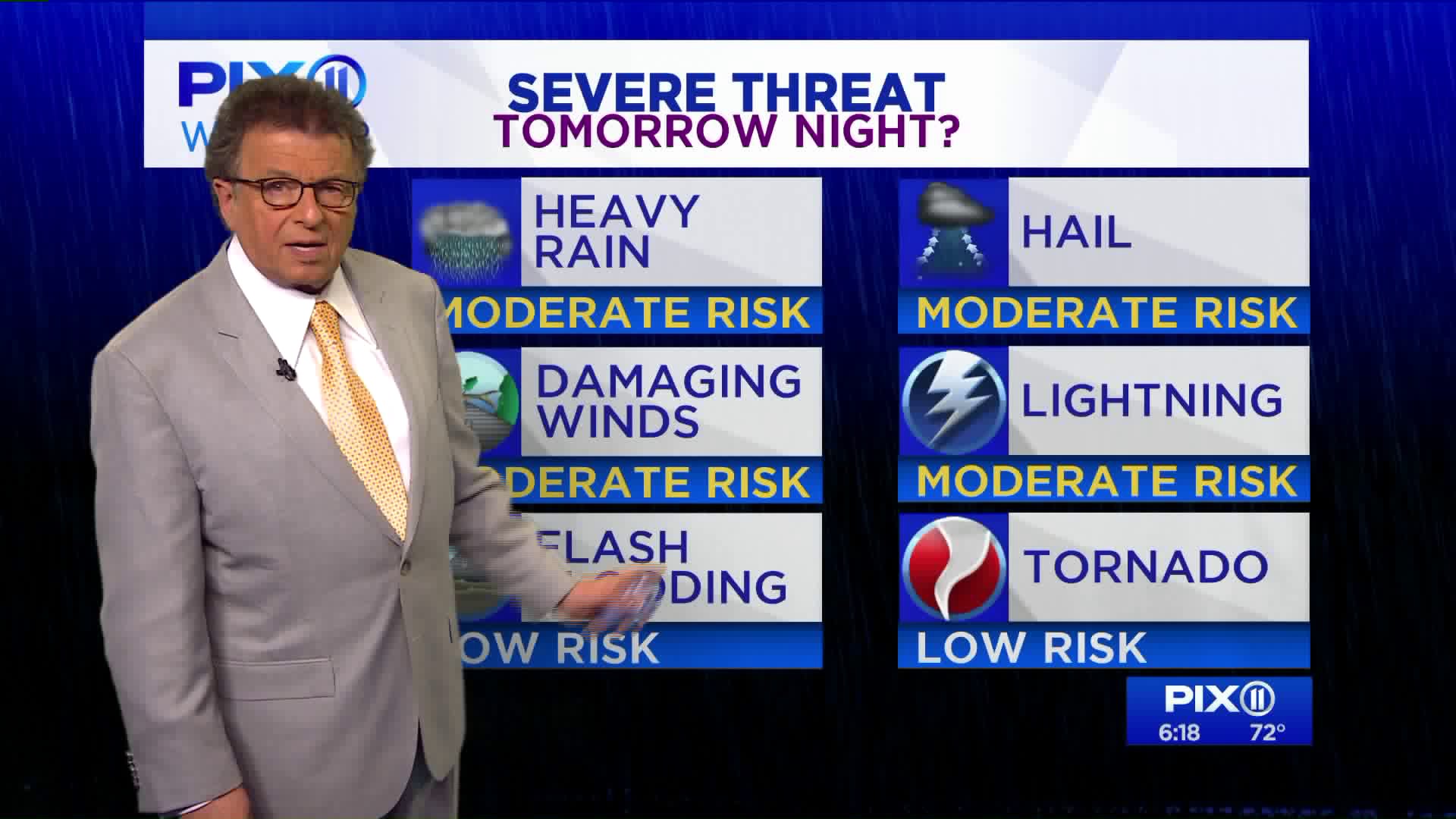 A storm system headed toward New York will pose a severe threat to the region on Thursday.

This is more than spring showers; expect thunderstorms, damaging wind and large hail, according to the National Weather Service’s Storm Prediction Center.

There could some some showers Thursday morning from a warm front, but the main threat comes late in the day. The severe thunderstorms should be approaching late in afternoon across Western New Jersey and make their way toward the city during the early evening hours.

For New York City and points east, a marginal risk has been issued, meaning that a lot of the storms will weaken as the storm approaches the coast. An isolated storm could still be on the severe side.

As with any strong thunderstorms, there will be the potential for heavy rain and a good deal of lightning.

These thunderstorms should quickly move out in the evening, leaving us with a very nice Friday. Temperatures will be in the lower 70s under mostly sunny skies. The humidity should be lower making it a very comfortable day.

For the holiday weekend, Saturday looks like a win with mostly sunny skies and highs in the lower 70s.  A couple of showers will be possible late Saturday night into Sunday morning. Much of Sunday itself should be fine, but there could be another shower late in the day. Highs will be warming up into the lower 80s. As for Monday, it is looking great with lots sunshine. Temperatures will be around 80 degrees.