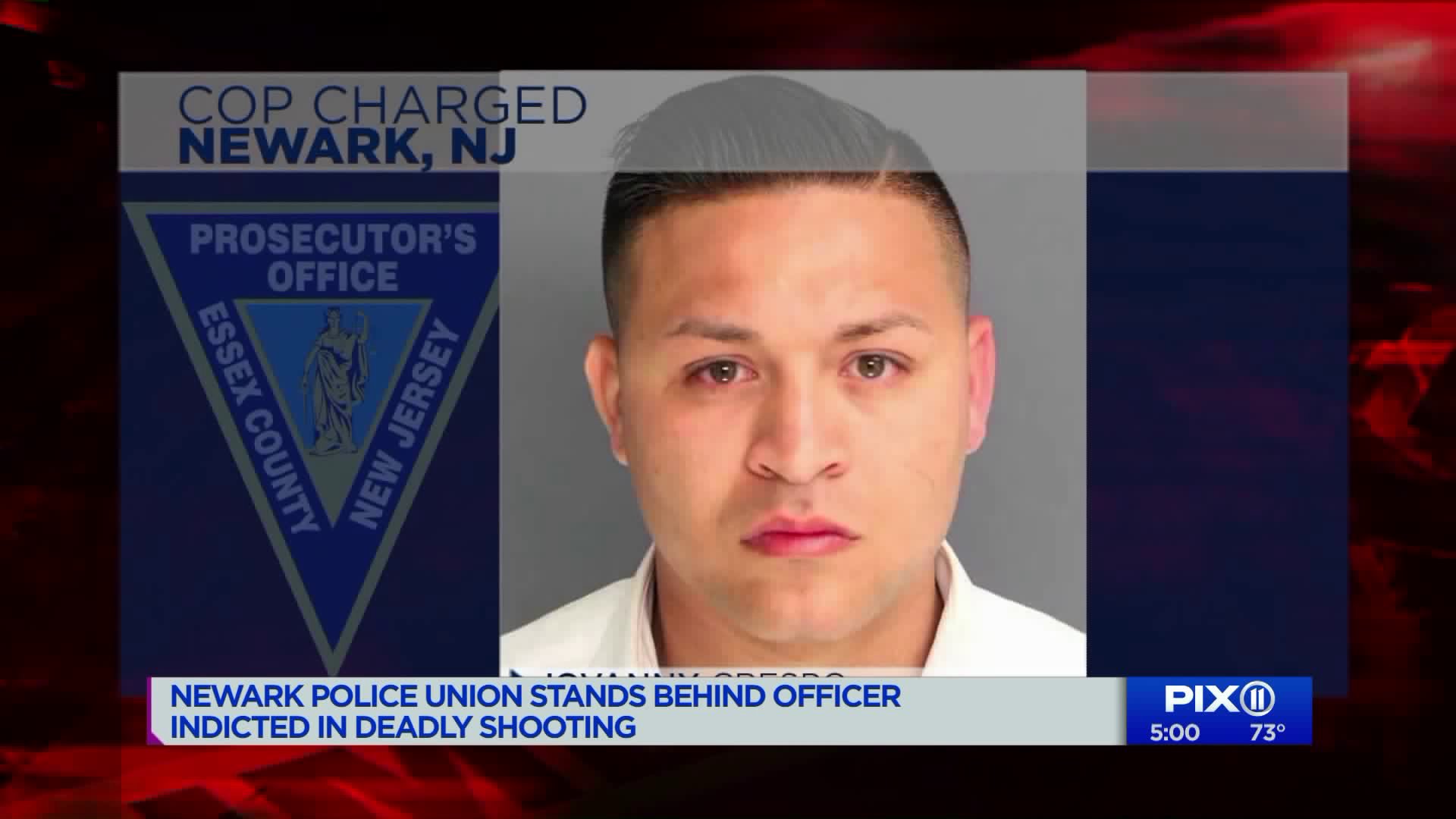 A grand jury charged Crespo with 6 counts, including manslaughter. If convicted, he could go to prison for life. He is currently in the county jail and is scheduled to appear in court for a detention hearing on Tuesday.

NEWARK -- Newark’s fraternal order of police is standing behind an officer who was indicted yesterday after a January 28 police chase ended with one man dead.

Yesterday, a grand jury brought down six charges on the rookie officer, including manslaughter.

“His life was in danger and he took the appropriate action,” said Newark FOP President James Stewart Jr.

Inside, two men shot are shot in the head.

Today, Newark Police held an annual awards ceremony for officers. Outside, the president of the police union said he’s confident Crespo will be acquitted at trial.

“You know we don’t have to wait to be shot at," Stewart said. "The officer acted to the threat that was posed to him, and I think he did a great job."

Investigators say motorists Andrew Dixon, 35, and Gregory Griffin, 46, were stopped by police before fleeing. Police spotted a handgun in the car.

“That would be against the training that the officer had,” said Acting Essex County Prosecutor Theodore Stevens.

PIX11 did reach out to the family of Mr. Griffin, who died from his injuries, for comment.

A grand jury charged Crespo with six counts, including manslaughter. If convicted, he could go to prison for life. He is currently in the county jail and is scheduled to appear in court for a detention hearing on Tuesday.