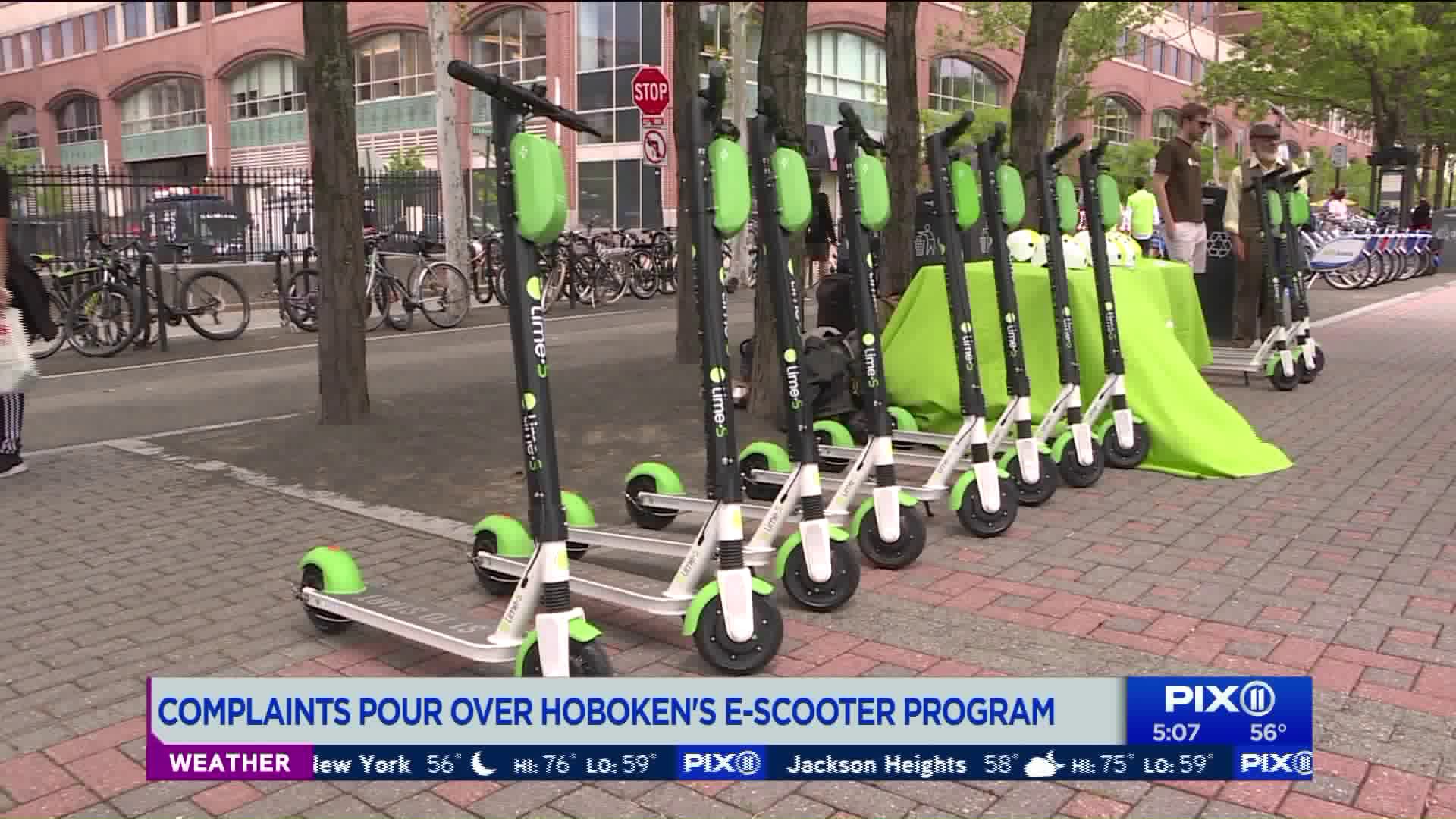 Hoboken became the first city in the tri-state area to implement an e-scooter program, but there have been tons of complaints. 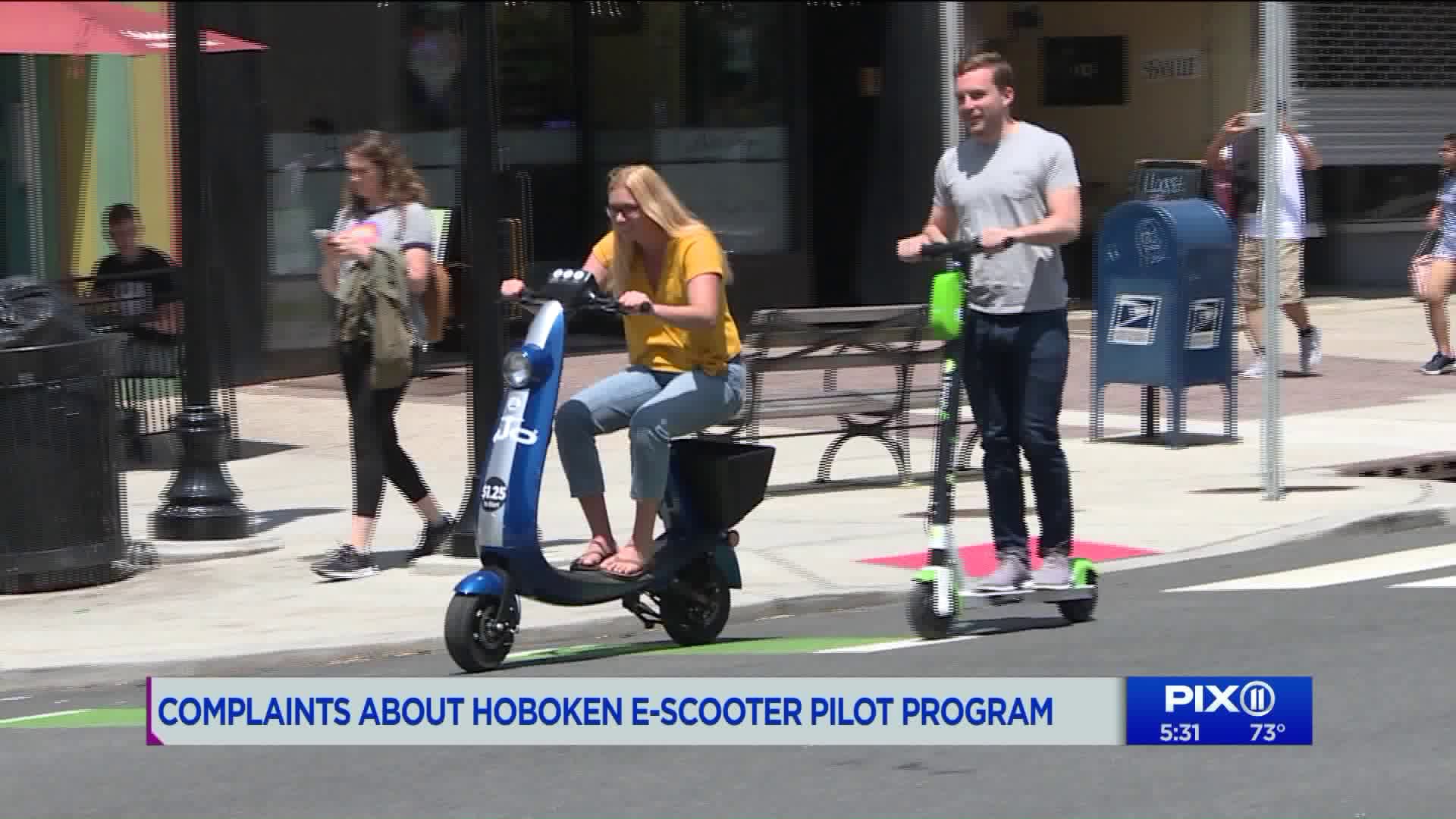 HOBOKEN — Hoboken's e-scooter program was launched just 48 hours ago and already, police chief Ken Ferrante says he has received more than a thousand complaints, questions and comments on Twitter.

The city is the first in the tri-state area to roll out an e-scooter pilot program with 300 Lime and Ojo scooters available to rent for a six-month test program. An initial ride costs $1 for the rental, plus $.29 per minute.

Hoboken Mayor Ravi Bhalla took one of the scooters for a test ride and praised the program but said that anyone who broke the law would be ticketed.  The biggest rule includes no riding on the sidewalk, only in bike lanes. Others include yielding to pedestrians, obeying all traffic laws, riding in the direction of traffic and not blocking sidewalks or crosswalks. Police also warn that if you operate a scooter while intoxicated, you face charges for DWI.

New York City has been debating e-scooters. Advocates say they will reduce cars on the road, though others believe they're a safety concern. Cities including Los Angeles, Boston and Chicago currently programs. Regulations vary by cities. San Francisco, for example, has a cap on the number of scooters allowed.

People have taken to social media to complain about the program, including one man who took to Twitter to say he'd seen one rider going at 20 miles per hour in front of his son's day care center. Another claimed to see scooters riding on the sidewalk, as well as underage riders.

Hoboken police say they want to hear all complaints and that they are working with the scooter companies. They want people to report any problems as soon as they see them.