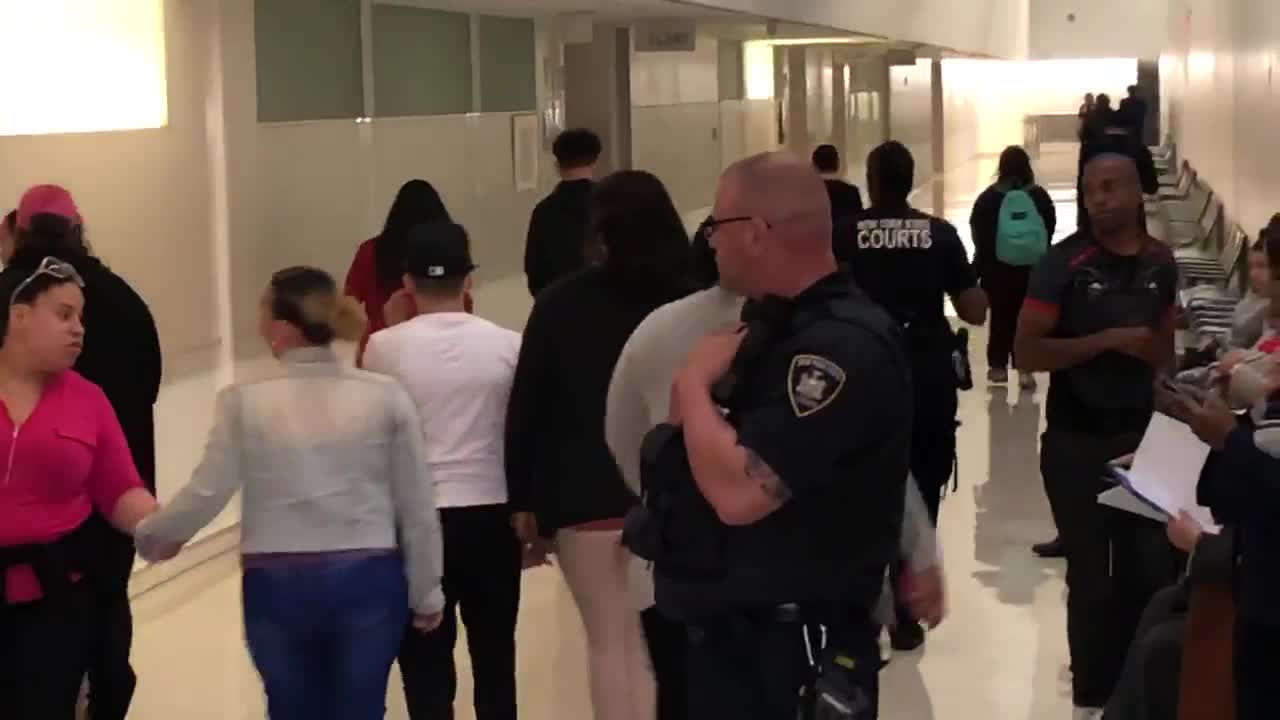 In a stunning development at the “Junior” trial Tuesday, star witness Kevin Alvarez revealed he will get time served for his role in the teen’s chase, beating, and death — if he truthfully testifies in this and potential future trials. 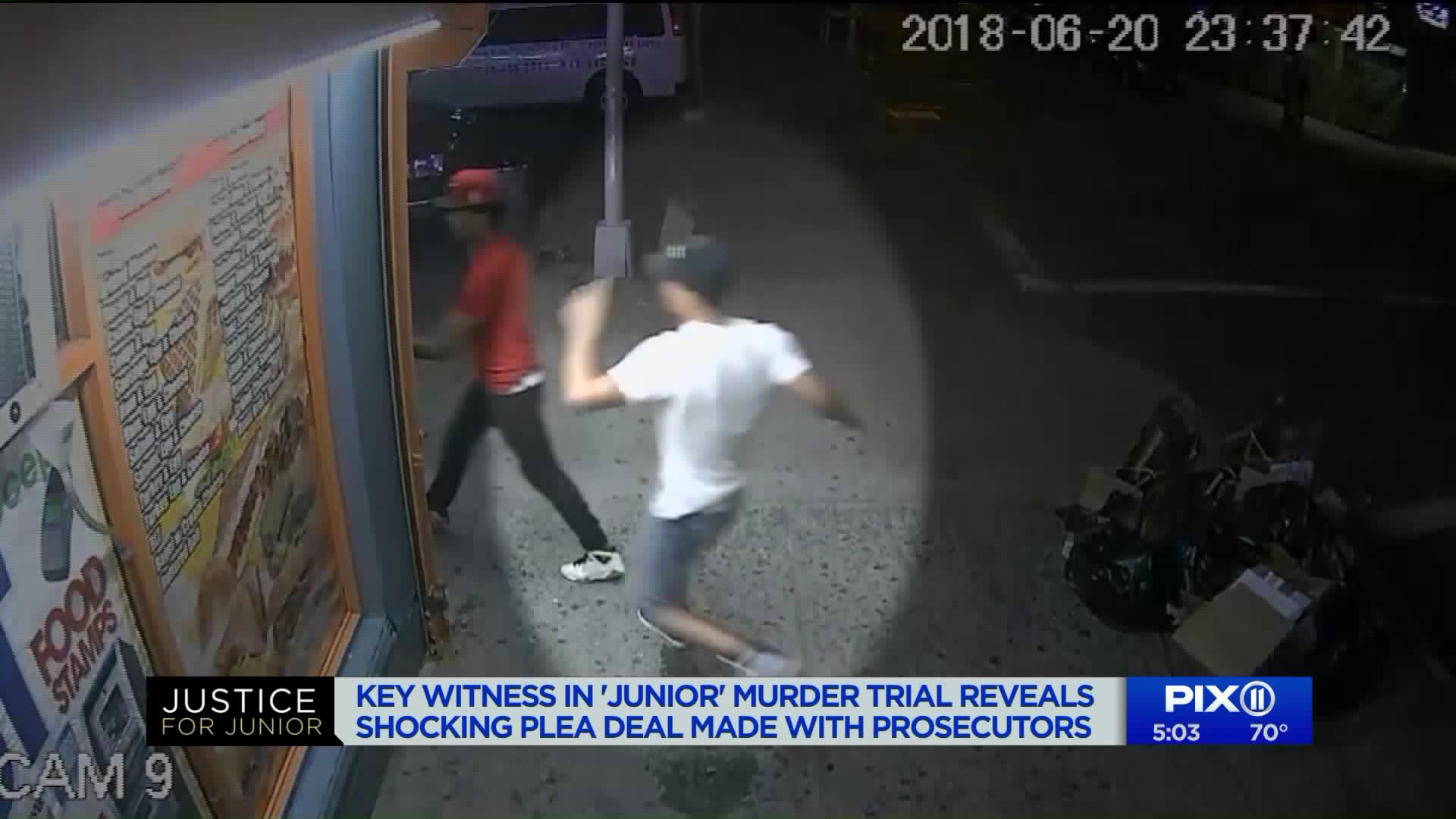 THE BRONX -- In a stunning development at the “Junior” trial Tuesday, star witness Kevin Alvarez revealed he will get time served for his role in the teen’s chase, beating, and death — if he truthfully testifies in this and potential future trials.

Alvarez testified about his four page cooperation agreement with the Office of the Bronx District Attorney, which was entered into evidence.

He revealed that he had pleaded guilty to manslaughter in the first degree, which normally carries a sentence of 8 1/3 to 25 years — and another count of conspiracy in the fourth degree, a non-violent felony.

“Have you been offered two potential sentences?” Assistant District Attorney Morgan Dolan asked the 20-year-old Alvarez, who said he was once a probationary member of the Trinitarios gang.

The prosecutor asked what happens if he doesn’t truthfully testify at this and future trials.

“I get sentenced to 25 years,” Alvarez said.

Then came the headline-making revelation.

“What happens if you satisfy the agreement?” the prosecutor continued.

“I get sentenced to time served on conspiracy in the fourth degree,” Alvarez replied.

There were audible gasps from several people in the courtroom.

Alvarez had testified on Monday about storming into the Cruz & Chiky bodega last June 20, saying he punched Junior in the face and kicked him about the body repeatedly, before dragging him out to the sidewalk, where five attackers stabbed the 15-year-old Junior with knives and a machete.

“It’s a sweetheart deal,” Carrión said. “He has a big incentive to tell the truth, because he has a Manslaughter conviction of 25 years hanging over him if he lies or doesn’t cooperate."

“If he satisfies the conditions, the Manslaughter plea gets withdrawn and vacated, making him a free man,” Carrión said.

He’s been held in protective custody since making the deal.

“Even when he’s freed, he will be looking over his shoulder for the rest of his life,” Carrión said.