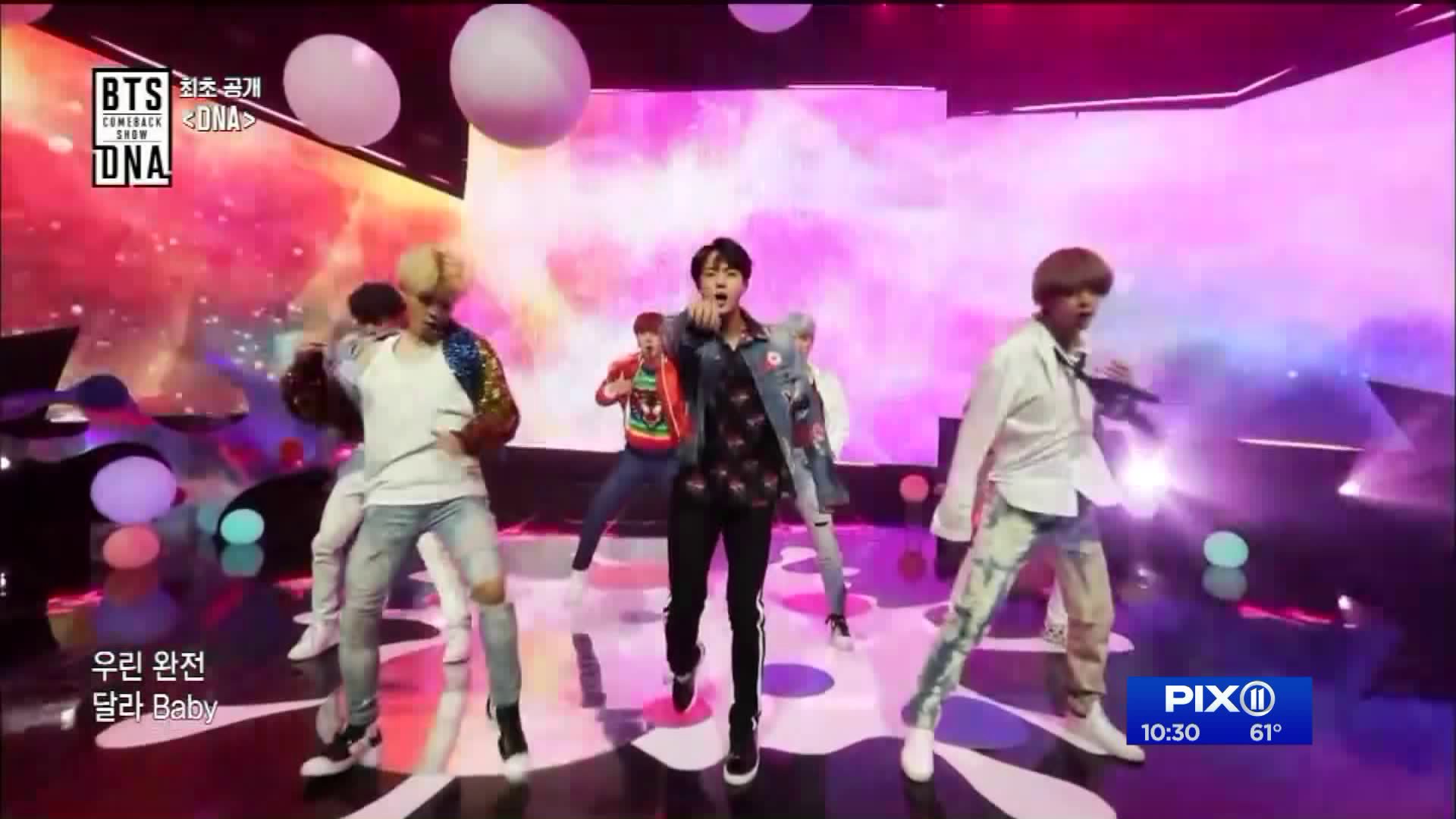 MIDTOWN — After two sold-out shows at MetLife Stadium last weekend, BTS mania across the area continues Tuesday night with the South Korean singing group taking over the lights on one of New York’s most famous skyscrapers.

BTS fans in the NYC area should make sure they look up toward the Empire State Building at 7 p.m. Tuesday, as the building has teamed with iHeartMedia to illuminate the world-famous LED tower lights purple to celebrate the band’s iHeartRadio live concert event happening at the same time at the iHeartRadio Theater.

Fans can listen to the show broadcasting live on iHeartMedia’s CHR radio stations and watch the show streaming live at LiveXLive.com.

Ahead of tonight’s LED tower takeover, BTS stopped by the Empire State Building earlier Tuesday. Check out photos of the guys heading up into the famous observation tower below, courtesy of Empire State Realty Trust.

Edit: In addition to the hourly purple sparkle for BTS, the Empire State Building was also intermittently lit up Tuesday night in purple and white in honor of New York University’s graduating class.

Check out our full report on the breakout Korean band’s MetLife Stadium shows: