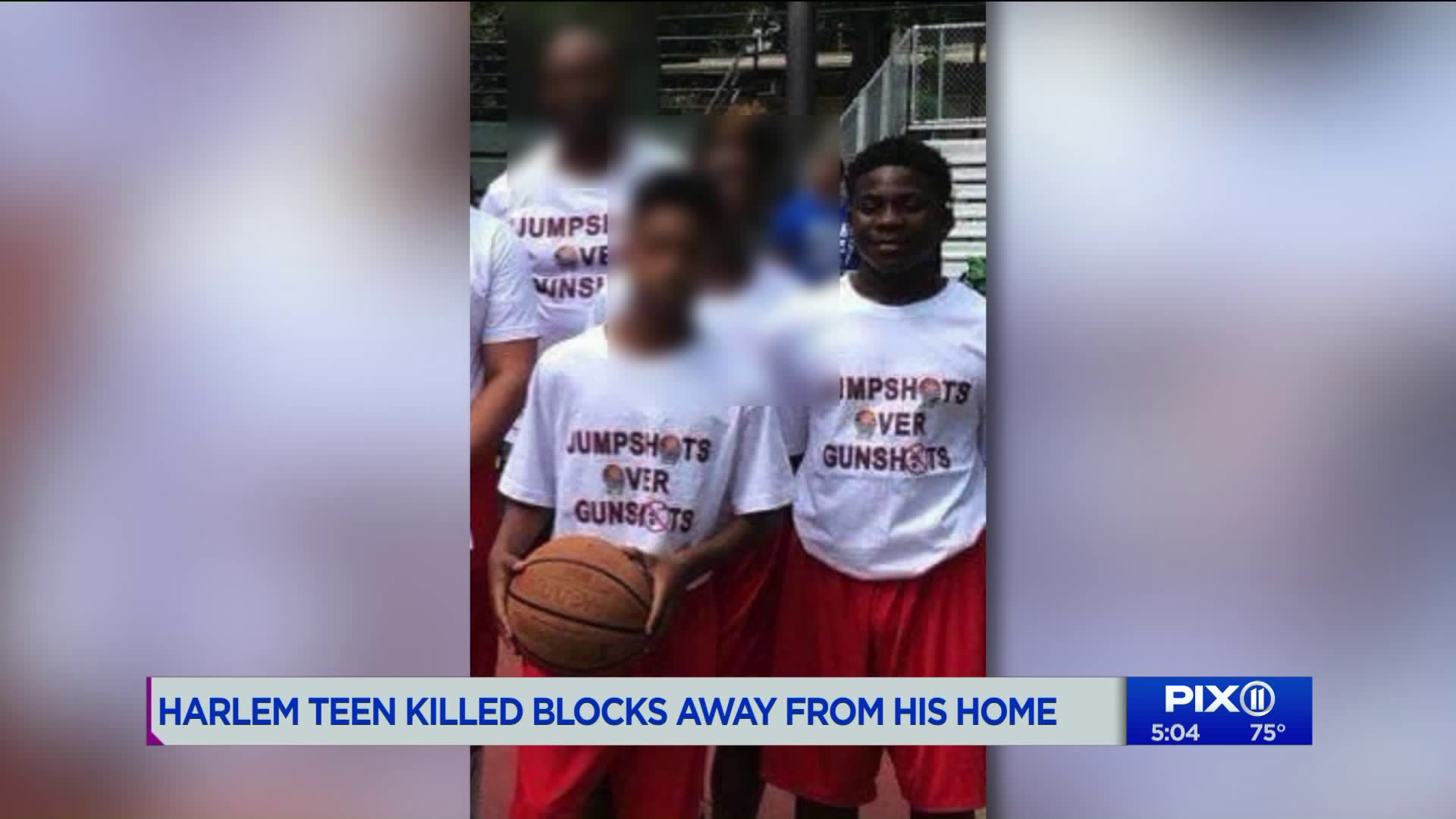 A 15-year-old boy was shot and killed at a Harlem NYCHA building Friday night.

HARLEM, Manhattan — A 15-year-old boy was shot and killed at a Harlem NYCHA building Friday night.

Police responded to a person shot in the vicinity of the St. Nicholas Housing Development near West 131 Street in Harlem around 9:35 p.m.

When they arrived, officers found Jeremiah Draper unconscious and unresponsive in the rear of the building, with a gunshot wound to the head, according to authorities.

A witness told PIX11 he was hanging out with Draper when two people hoodies came up to them and fired shots. They started to run when he realized his friend was shot.

No arrests have been made and investigation remains ongoing.