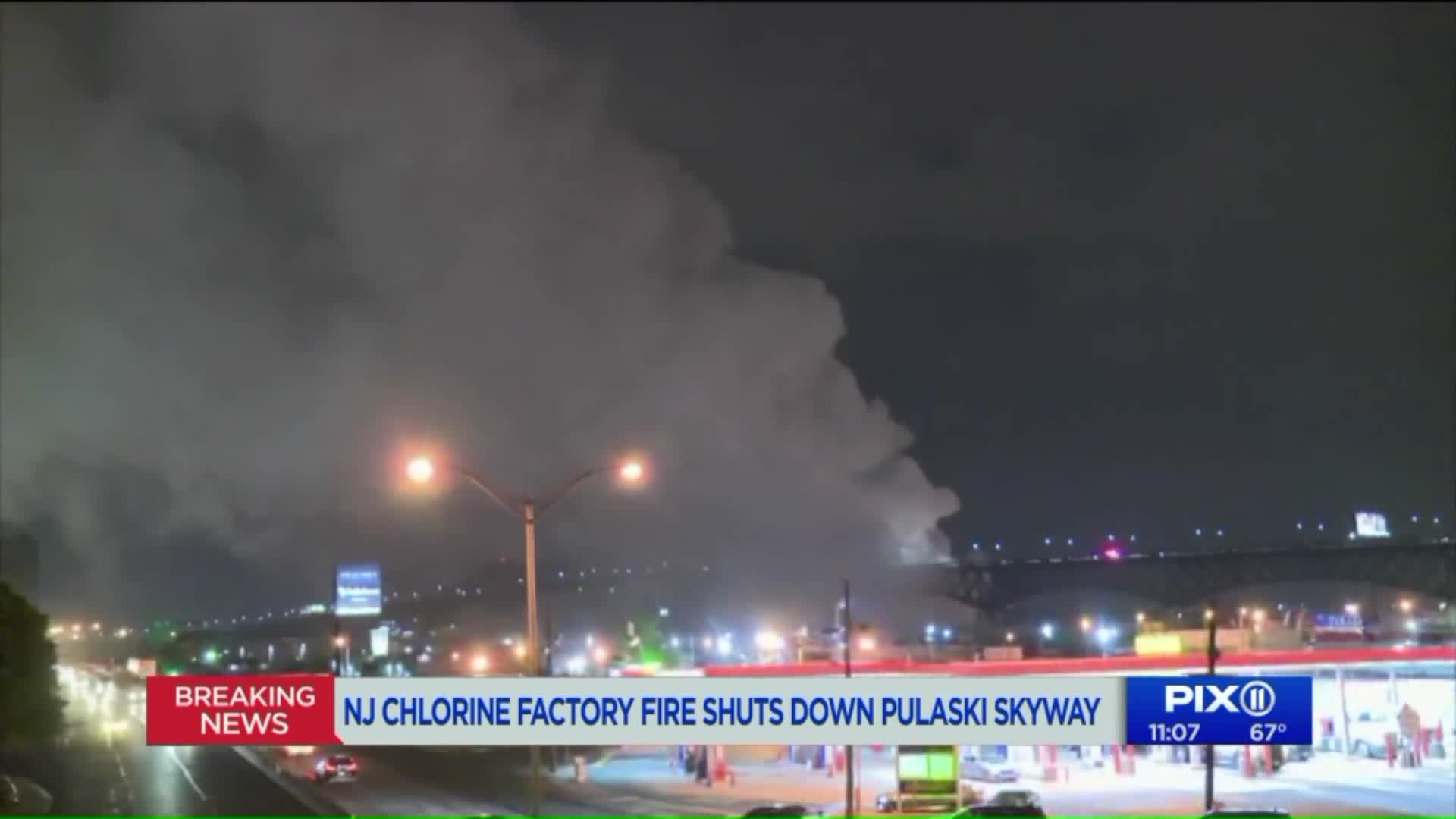 A chlorine plant in New Jersey has caught fire, as nearby police departments sent fire boats to the scene and the Pulaski Skyway was closed in both directions, police confirmed.

KEARNY, N.J. — Authorities say a fire at a chemical plant in New Jersey has been brought under control and the Pulaski Skyway has reopened.

Kearny fire officials said the blaze at the Alden Leads chlorine plant in Hudson County was reported Friday night and burned into Saturday. No injuries were immediately reported.

The blaze prompted closure of the skyway, a bridge-causeway between Newark and Jersey City, and emergency responders helped motorists stranded on the bridge. Local roads around the plant were also closed.

The plant makes chlorine tablets that are used in swimming pools.

As of 9 a.m., there was fire department activity on Pulaski Skyway in both directions between US 1&9 Truck Route/Raymond Blvd and Tonnelle Circle. All lanes closed and detoured, the New Jersey Department of Transportation retweeted from the Pulaski Skyway rehab account.

The three-alarm fire occurred at the Alden Leeds Inc. plant in Kearny, just minutes away from Newark. Some rivers were said to be overcome by fumes, according to authorities. The Office of Emergency Management in nearby Bayonne instructed residents to close their windows due to smoke.

Fire sources told PIX11 there were multiple explosions inside the building. A source told PIX11 that odors were strong in surrounding neighborhoods, and that lots of calls were coming in about the fumes.

Kearny is about 15 miles outside New York City. New York's Office of Emergency Management also warned residents about the smoke.

As of 6:45 a.m. Saturday, the Department of Environmental Protection advised that air quality levels are well within an acceptable range for the area.