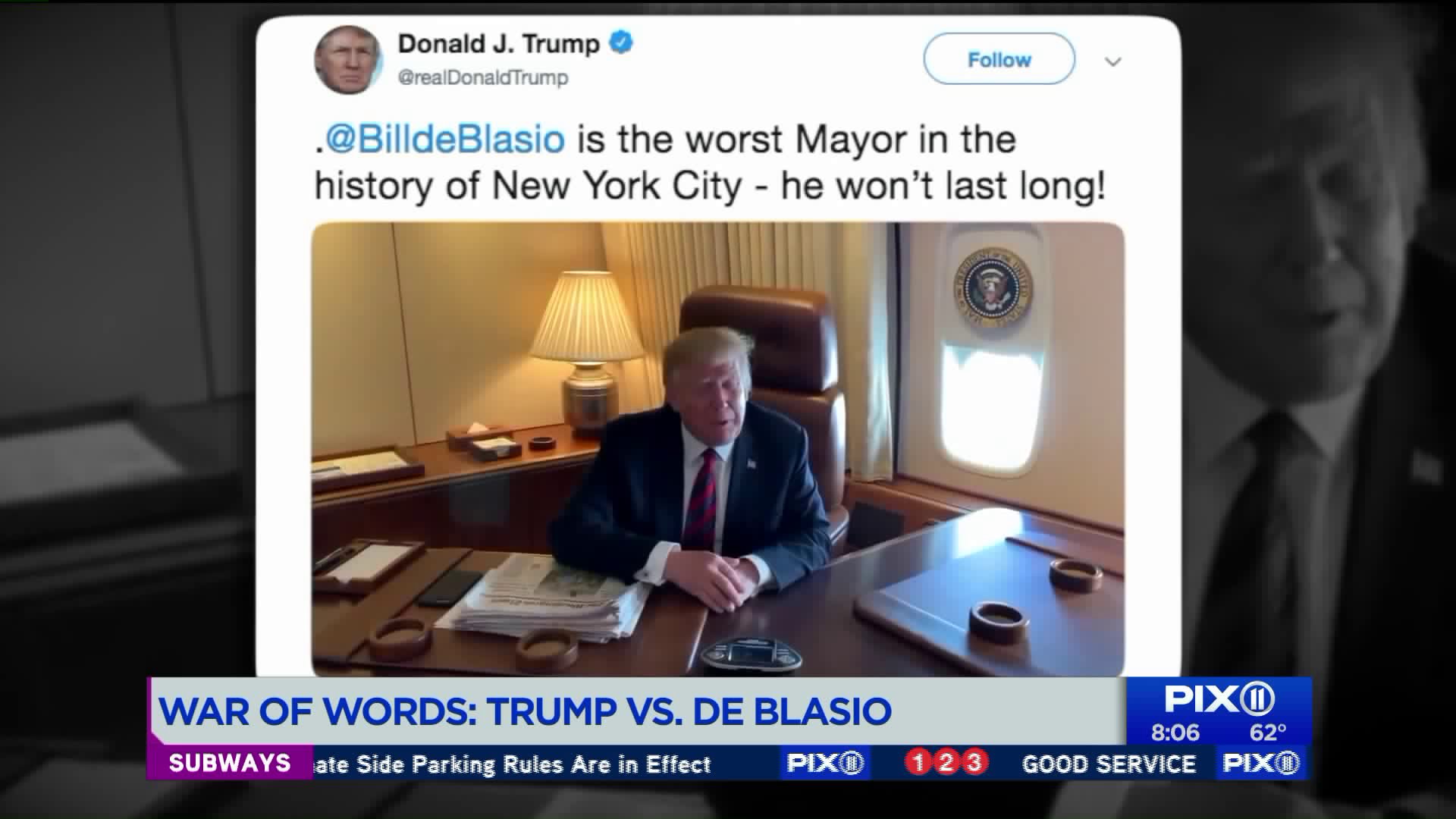 Within an hour of de Blasio joining the Democratic presidential race, he and President Trump were already trading insults, igniting a new war of words.

NEW YORK — Within an hour of de Blasio joining the Democratic presidential race, he and President Trump were already trading insults, igniting a new war of words.

During a Thursday morning appearance on "Good Morning America," de Blasio borrowed one of Trump's favorite tactics by giving the president a disparaging nickname: Con Don.

"He's a con artist. I know his tricks I know his playbook," the mayor said.

Trump tweeted that de Blasio is "considered the worst mayor in the U.S."

The president added, "but if you like high taxes & crime, he's your man. NYC HATES HIM!"

Overnight, the mayor responded with his own tweet, “Hey Con Don. I saw your video, and man you looked really low energy and getting your facts wrong. Crime has gone down in NYC five years in a row and our economy is booming.”

Despite their differences, they both had something in common: their protestors’ chants echoed through the streets of Manhattan.

On one side were those resisting the policies of President Donald Trump. On the other, New Yorkers who don’t want to see their Mayor, Bill de Blasio, replace him.

Two New York figures — now in the ever-crowded race for the White House.

What do New Yorkers have to say? A recent poll shows three-quarters of New Yorkers don’t think de Blasio has what it takes to become President.