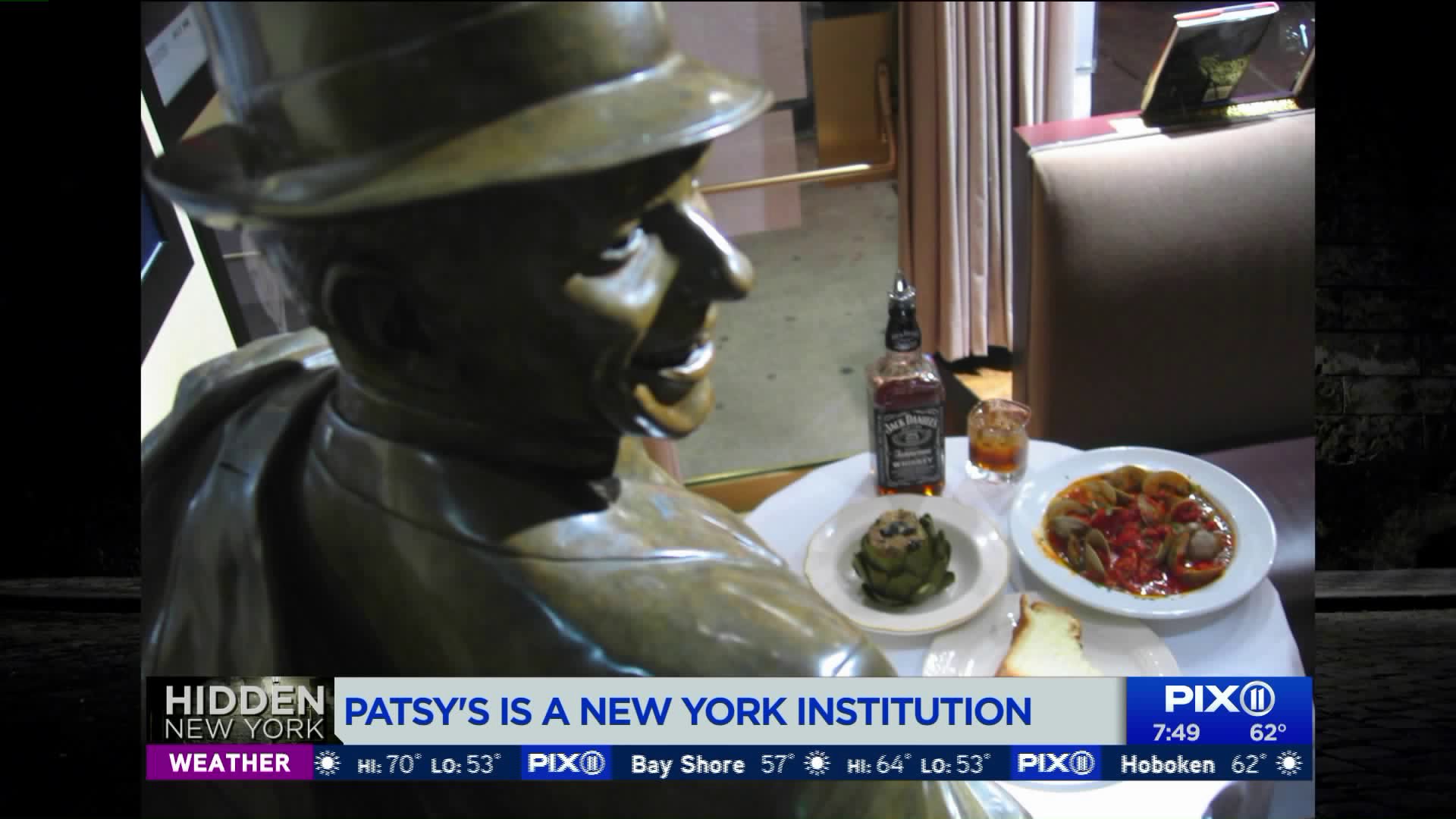 “Here at Patsy’s, there’s four generations of the Scognamillo family,” said Sal Scognamillo, the owner and chef of Patsy’s Italian Restaurant on 56th Street, right in the middle of New York City.

Scognamillo’s got reason to be proud. This year is the restaurant's 75th anniversary and there is much to celebrate. Not the least of which is that one of the most-famous celebrities in the world treated their dining room as his own. Frank Sinatra felt at home here.

Sometimes Frank craved a meal and was starving to get to it but a roomful of fans would have made that difficult at best. Patsy’s came up with a secret set of stairs for Sinatra to use.

We went outside to a small door hiding in plain sight.

“From the outside, this looks like it’s going to an apartment building," PIX11's Dan Mannarino said to Scognamillo. This was right next door to the restaurant’s entrance.

“Just follow me straight up the stairs,” said Scognamillo “This is a secret way to get into the dining room,” he almost whispered. Sure enough, up we went and he led Mannarino right to Sinatra’s favorite table tucked away in the back.

Over the years, Sinatra sat there and ate his favorite Patsy’s dishes, all Italian southern cooking. “Veal Milanese with an arugula salad on top, stuffed artichoke, Sausages Pizzaiolla with peppers, meatballs,” Scognamillo knew them all.

Scognamillo and his father, and grandfather before him, made it their business to welcome the late great Sinatra.

Their warm, inviting old-fashioned dining room now has a following of a whole host of celebrities. The wall of fame that starts even outside the restaurant then inside, next to the entrance and spreads across the coat check, boasts photos of George Clooney, Ben Stiller, Liza Minelli, Jimmy Cagney, P. Diddy, Bon Jovi, Alex Baldwin. All generations represented, just like Patsy’s itself. Scognamillo's son has just come into the family business.

Not surprising to Mannarino. Not at all. This family and this restaurant are among the very best this city has to offer.