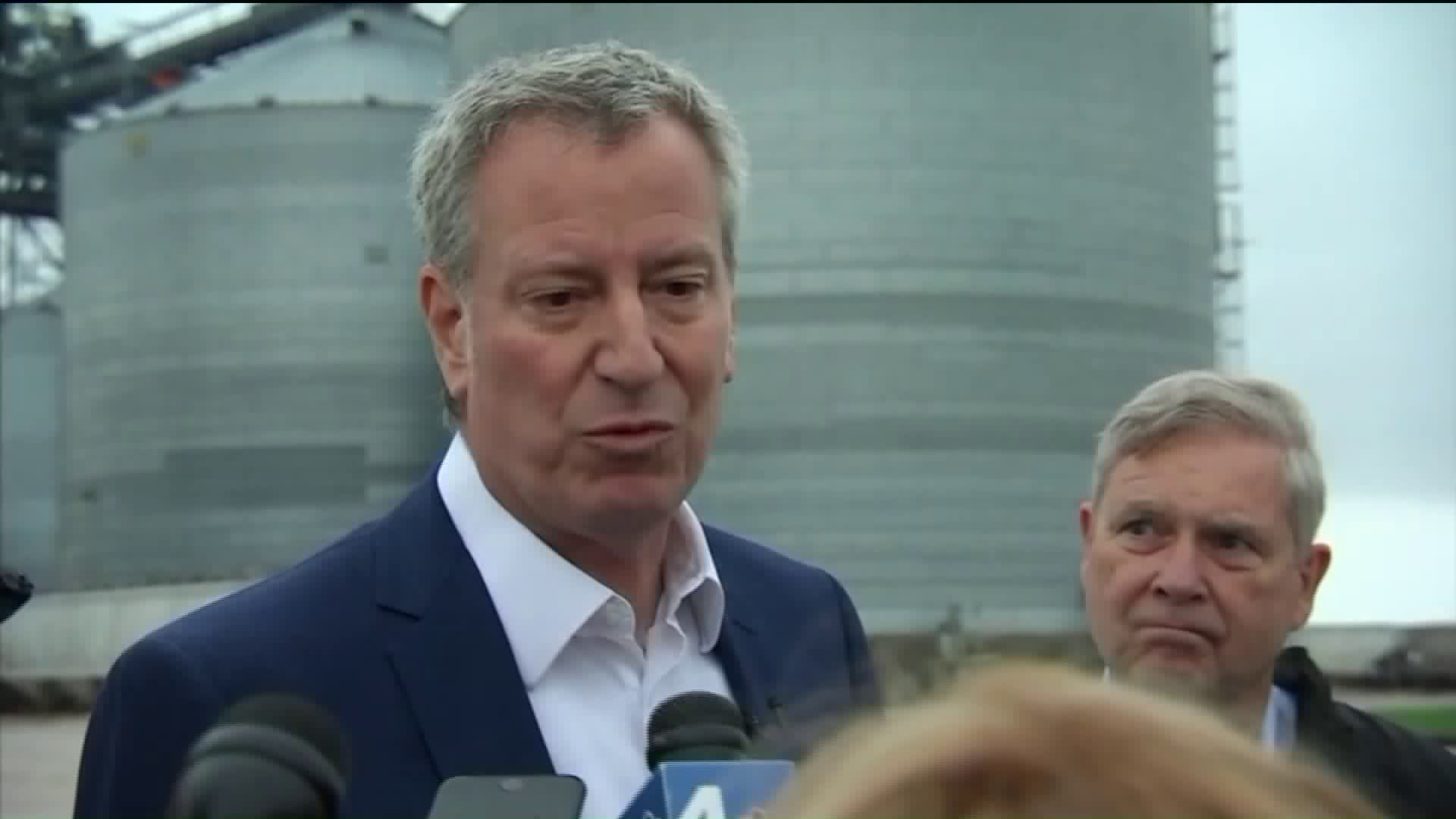 His main focus was on jobs and President Trump's trade war with China, which has led to tariffs on farmers.

"He's a bully," de Blasio said of the current Commander-in-Chief. "I understand him, I've watched him for decades. You need to confront a bully, don't let him get away with what he's doing. I think it takes someone tough to take on Donald Trump, I'm ready to go toe-to-toe.

De Blasio will head to South Carolina Saturday to talk to members of the black caucus. He will also speak at an historically black church. He's expected to focus on criminal justice, using rhetoric reminiscent of his 2013 mayoral campaign.

During that election, de Blasio used his own diverse family as a launching pad to talk about issues more important to African American voters, speaking out strongly about ending "stop-and-frisk."

Aides expect him to use his familiar refrain of New York as the "safest big city in America."