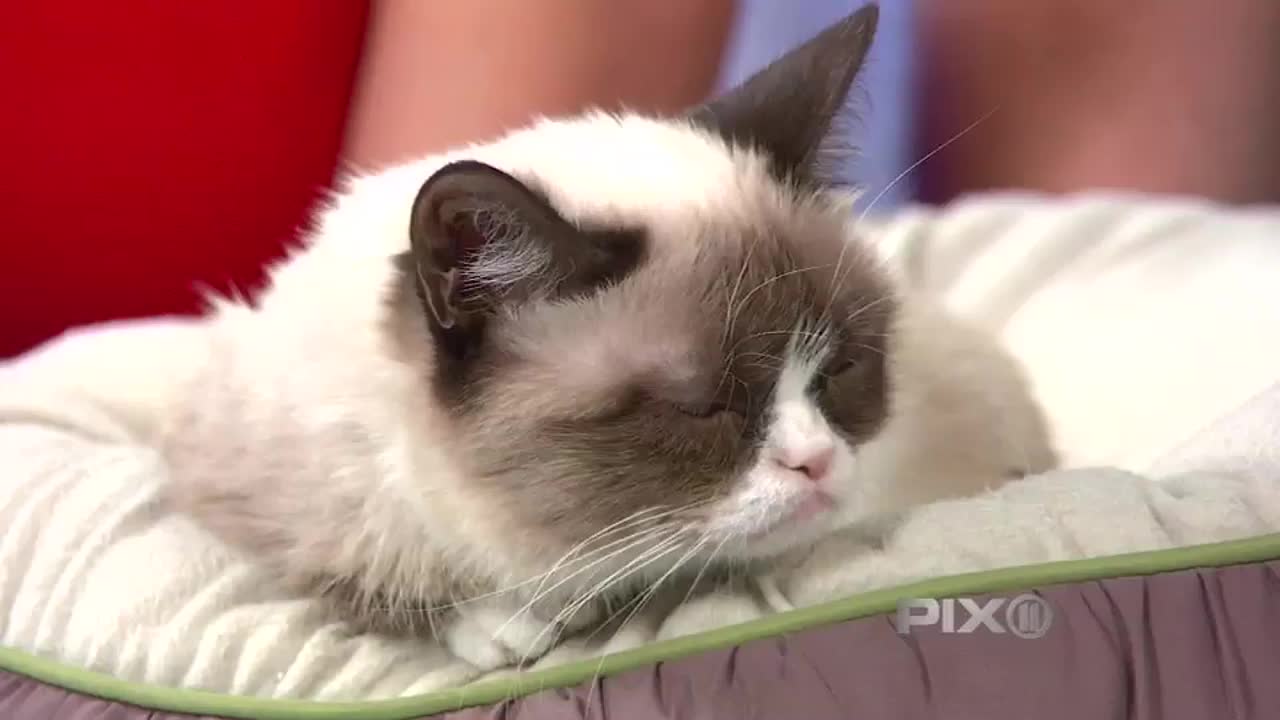 The internet sensation visited the PIX11 News at 10 in October 2013, just as her fame was soaring.

“Some days are grumpier than others…”

One of the most famous felines, Grumpy Cat, has died at the age of 7.

Grumpy, whose real name is Tardar Sauce, died Tuesday after encountering complications from a recent urinary tract infection that “unfortunately became too tough for her to overcome,” according to her official Twitter account.

Grumpy’s family acknowledged that the feline helped millions around the world smile, even during the tough times.

Grumpy Cat was known for her permanently "grumpy" facial expression caused by feline dwarfism and an underbite.

Grumpy Cat became such a cultural phenomenon that she inspired art projects, perfumes, merchandise, Skechers shoes, comics and even a "Grumppuccino" coffee.

She was also the official "spokescat" for Friskies, and appeared on several US TV shows.

Last year, US coffee company Grenade was ordered to pay the Bundesens $710,000 for exceeding an agreement to use her image.

Some days are grumpier than others... pic.twitter.com/ws209VWl97