Innovative sleep apnea procedure on Long Island is like a cure 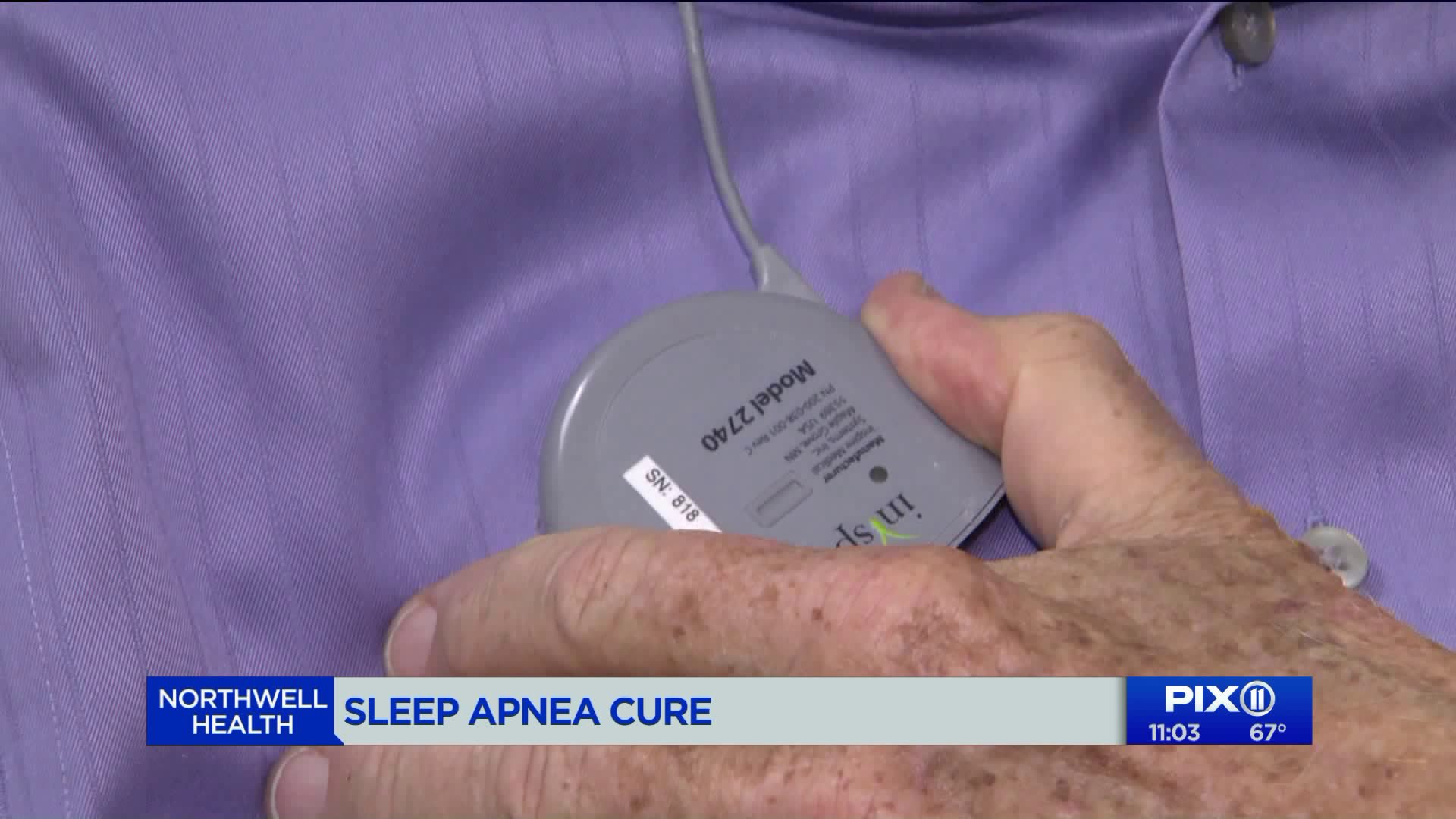 A group of doctors at Northwell Health in Long Island are changing people`s lives with an innovative procedure and a device that "cures" sleep apnea.

LONG ISLAND — If snoring is keeping you awake at night, we have hope for you, and for that matter, those sleeping next to you!

A group of doctors at Northwell Health in Long Island are changing people's lives with an innovative procedure.

Dr. Anthony La Mastro kept his family awake at night for years with his loud snoring. Besides annoying his family, he was tired due to the lack of sleep.

Dr. La Mastro was diagnosed with severe sleep apnea by the team of doctors at Northwell’s department of Otolaryngology. After months of evaluations, and giving the CPAP a try, Dr. La Mastro had "Inspire," the hypoglossal nerve stimulator device, implanted.

Sleep apnea is caused when there's a blockage in the airway, most likely soft tissue collapsing at the back of the throat.

With Inspire, a probe is attached to part of the nerve that makes the tongue move forward opening that passage.

The Inspire pacing device is placed in the chest and the leads from the chest and nerve are connected to help open the passage to get air into your lungs in a natural way.

Each device is tweaked to an individual's needs which can be done during a checkup.

Inspire has changed his life. “I don't snore anymore. I generally wake up refreshed, ready to go. I don't tire during the day or run out of energy," La Mastro said.

Dr. Mark Shikowitz, who is the only surgeon approved in Long Island to do this type of surgery, has been working with Dr. Greenberg for 37 years in sleep therapy.

Shikowitz says this is a game changer. “There is no other therapy that helps patients and cures sleep apnea the way this device works.”

And while snoring can be a joke among the family,  Dr. Shikowtiz says those with sleep apnea have a four-times greater chance of having a heart attack than someone who smokes.