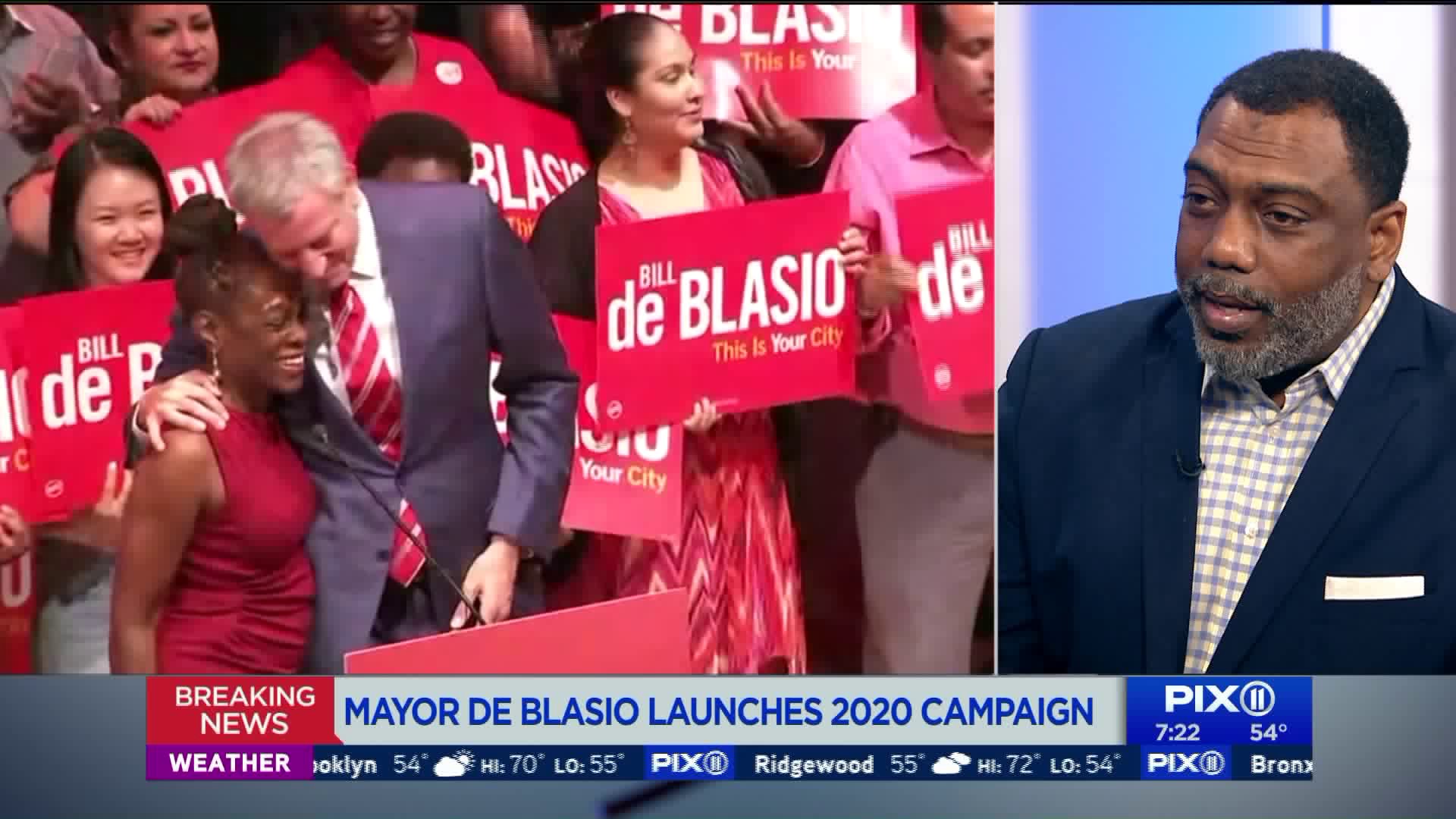 Mayor Bill de Blasio announced he`ll be joining the 2020 presidential race. PIX11 chats with political strategist Basil Smikle on whether or not he has a chance. 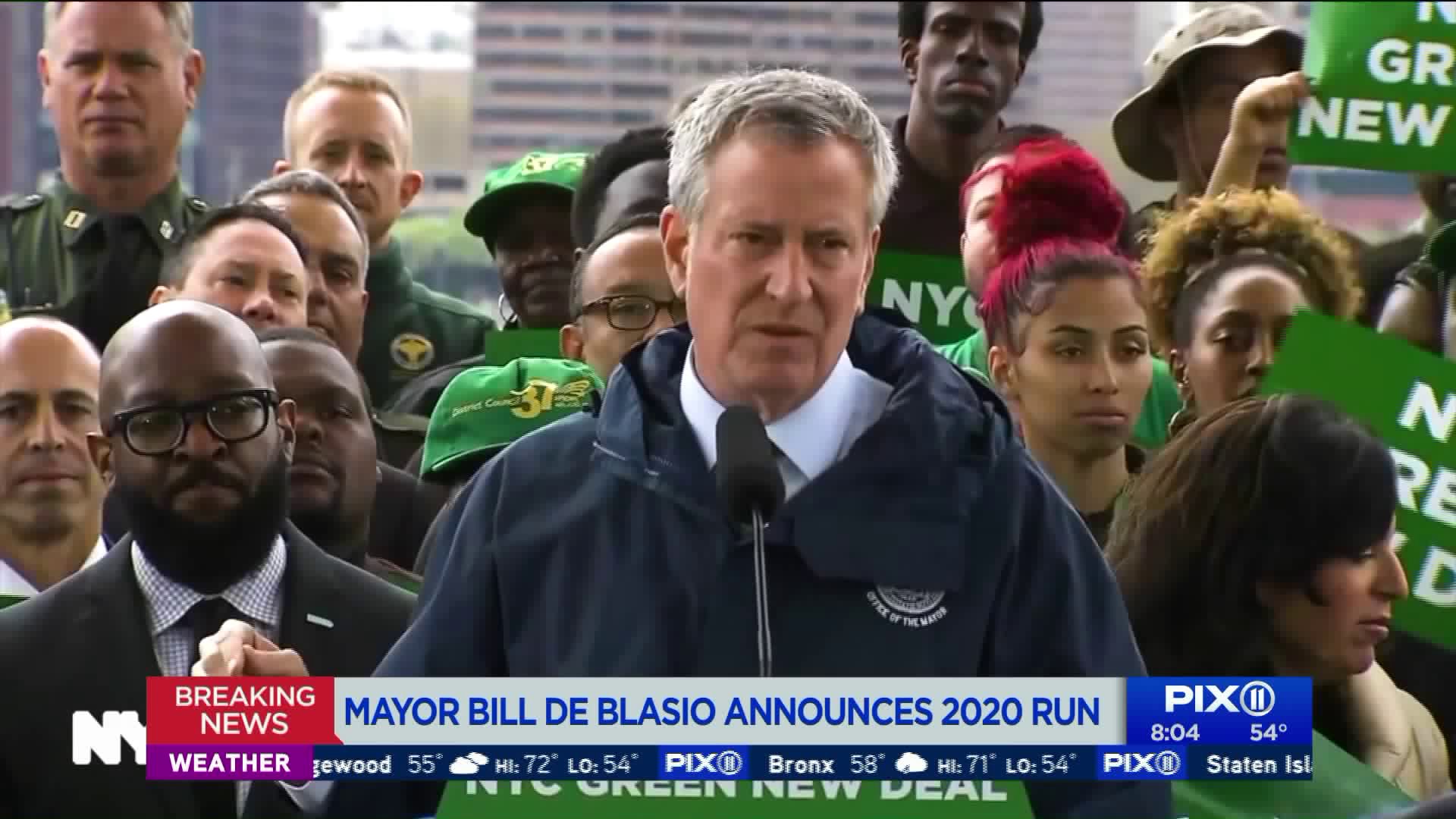 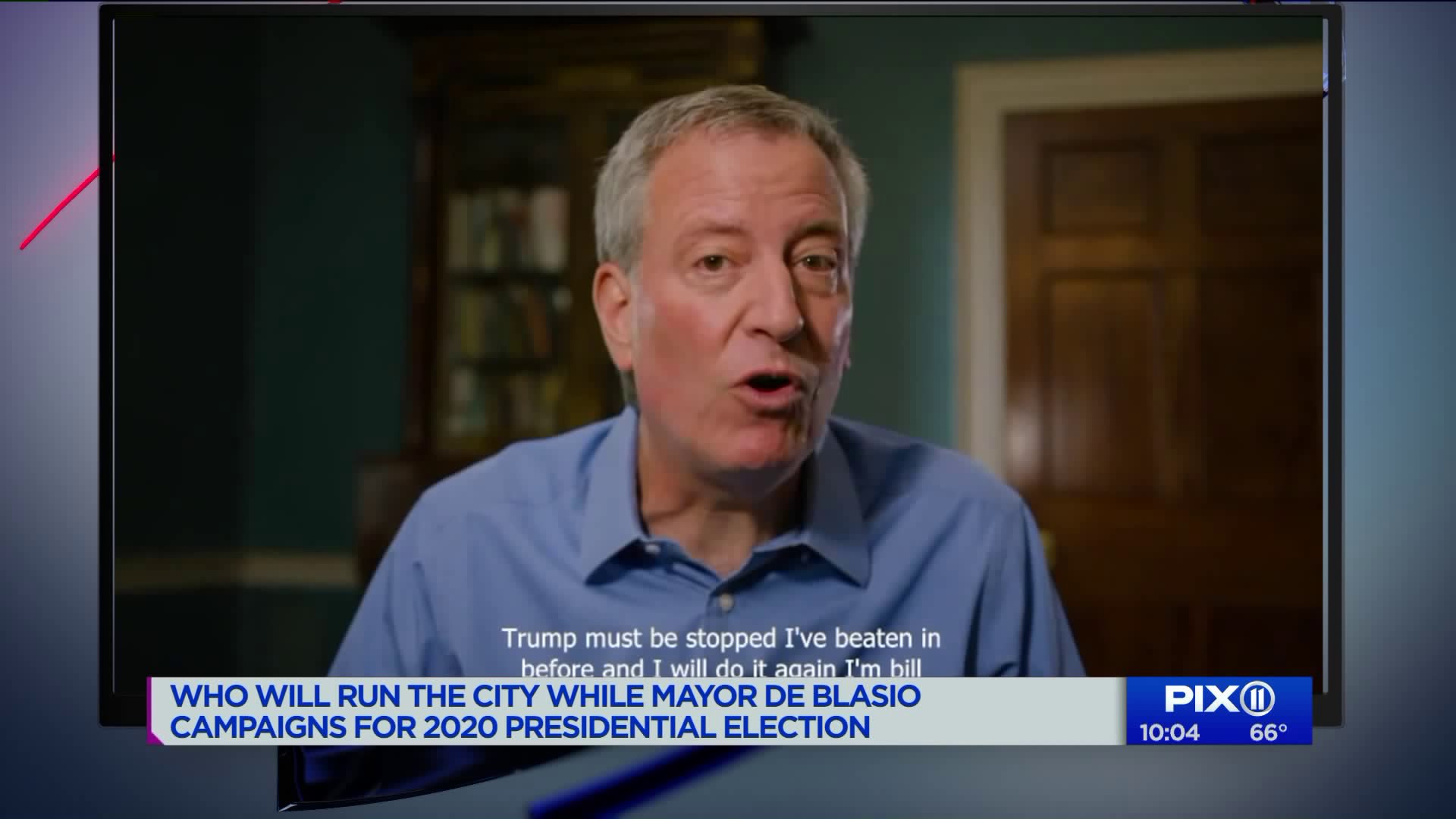 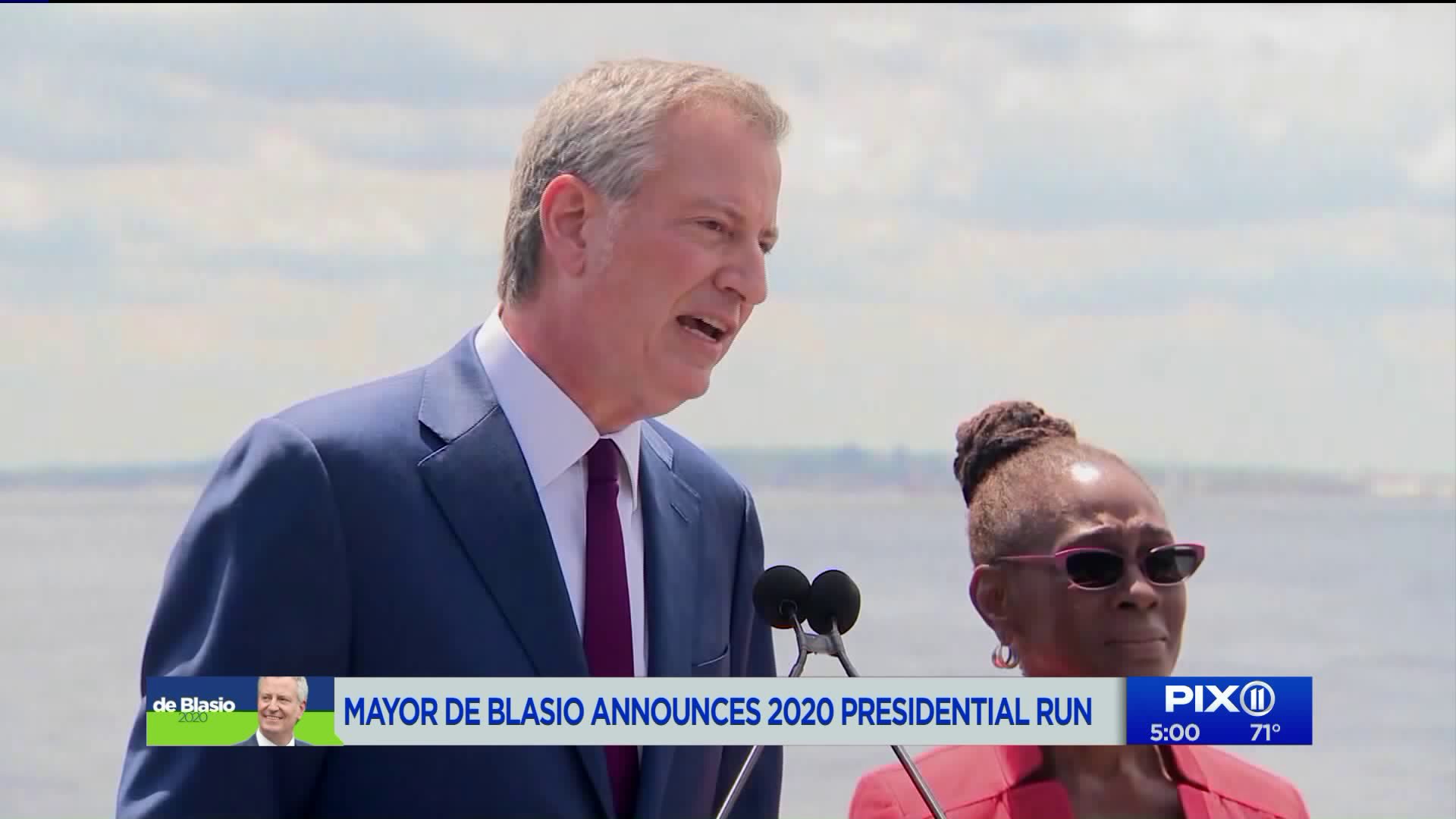 De Blasio announced his bid with a video released by his campaign early Thursday morning with the slogan "Working People First."

In announcing his candidacy, de Blasio is seeking to claim a role on the national stage that has eluded him as mayor of the biggest U.S. city.

After officially announcing his 2020 bid for President, New York City Mayor Bill de Blasio speaks at the opening of the new Statue of Liberty Museum, but didn't discuss his presidential run.

His entrance makes him the 23rd person to announce a 2020 democratic presidential run, with nearly nine months before the first votes are cast.

The 58-year-old could face obstacles in distinguishing himself in a field crowded with left-leaning Democrats.

He also faces skepticism at home. A recent poll found 76% of New Yorkers say they believe he shouldn't run.

De Blasio has shrugged off bad polls, saying he believes his message of fighting financial inequality will resonate with everyday Americans.

On the campaign trail, he'll be able to cite accomplishments such as expanding full-day prekindergarten citywide.

While the mayor’s campaign is expected to begin Thursday morning, he’s been running against President Trump since he took over. At his November 2017 re-election party in Brooklyn, he said the city had "sent a message: You can't take on New York values and win, Mr. President. If you turn against the values of your hometown, your hometown will fight back."

When the Alabama state legislature passed its near total abortion ban this week, he called it "vile and illegal" in a tweet and then urged the state's Republican governor, Kay Ivey, to come down "on the right side of history" and veto the bill.

De Blasio's status at home has taken a hit as he ventured more openly into national politics. The popular policies -- like universal pre-K and raising the minimum wage -- have mostly disappeared from the headlines, which have focused on speculation over potential fundraising scandals and stories about the mayor's commuting habits.

The murder rate in New York City is low and declined again last year, but economic inequality -- the focus of de Blasio's first campaign -- remains a problem, as does the public housing authority, which has left many tenants living in squalor. De Blasio's constant feuding with New York Gov. Andrew Cuomo, most visibly over the city's troubled subway system, which is run by the state, also means he won't enter this primary with much support from statewide leaders.