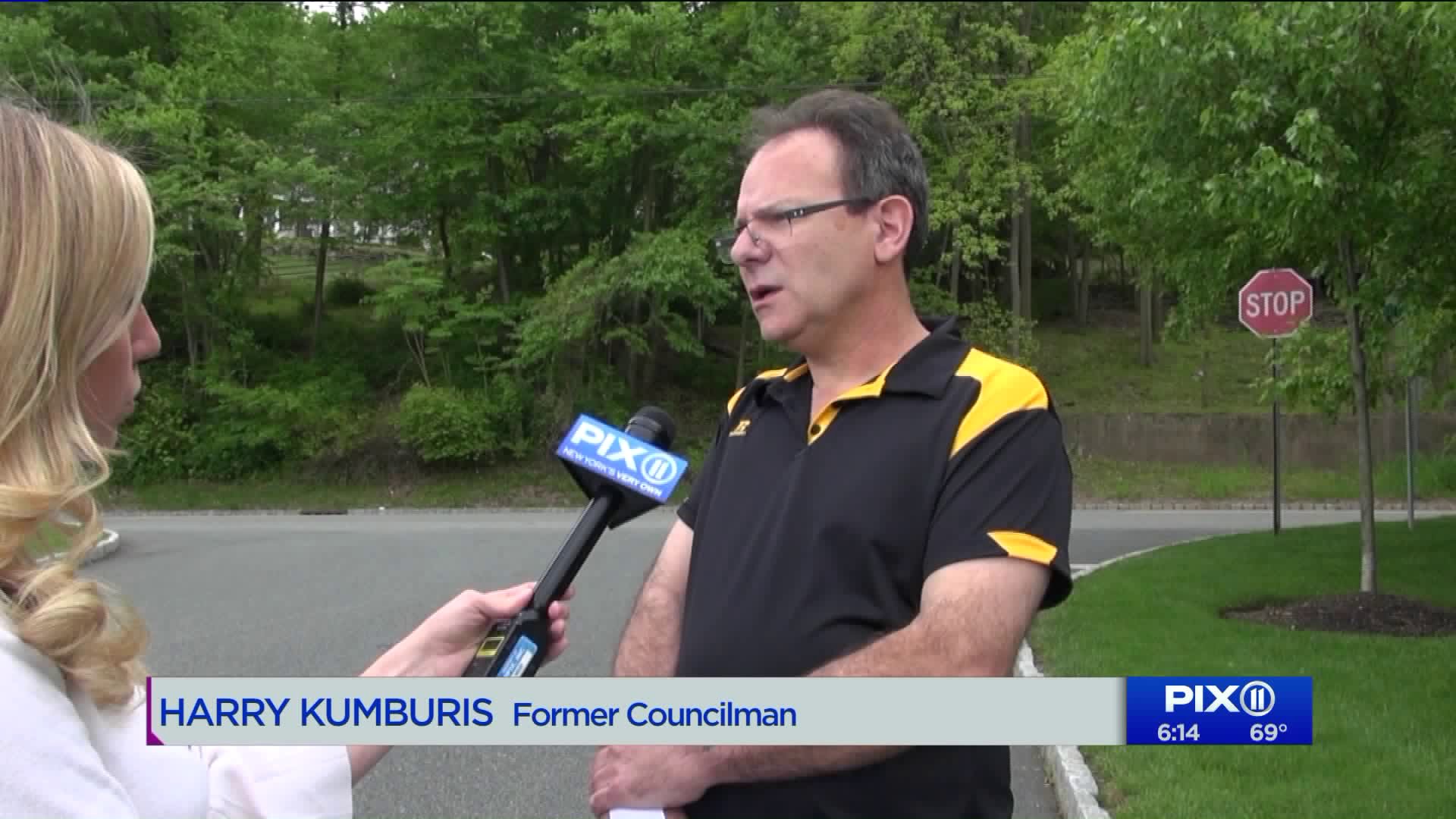 A Cedar Grove resident wound up calling the police on an incumbent council candidate on Election Night after he and another man stood on her door step ringing the bell after 10 p.m.

CEDAR GROVE, N.J. -- A Cedar Grove resident wound up calling the police on an incumbent council candidate on Election Night after he and another man stood on her door step ringing the bell after 10 p.m.

"I called police and showed them the video because quite frankly I was scared," she said. She did not want to give her name but said because she was home alone and it was so late, the visitors spooked her.

"There was a persistent door bell ringing, not just once or twice but persistently ringing and I could hear two men talking outside my front door," she said. "They had a discussion about whether or not someone was in the house."

Police responded and took a look around. Once they saw this video from her Ring door bell, one of the men was identified as Cedar Grove incumbent council candidate Harry Kumburis.

"Certainly if someone was looking for my vote, that’s not the way to get my vote," she said.

"It was a person who doesn’t have a lot of experience going to an individuals home and asking if they mailed in their mail-in or if they did a provisional ballot so that when the time comes, if there are any remaining down there or any that were missing, I can question this and challenge this in a very small, tight election race," he said.

Kumburis said he’s heard from dozens of Cedar Grove voters who mailed their ballot, but a county log shows their individual ballots were never received and counted.

Armed with affidavits from voters who say their vote is unaccounted for, Kumburis said he may challenge the election results on Friday in court.

When polls closed last night, results showed him trailing his opponent by 33 votes.