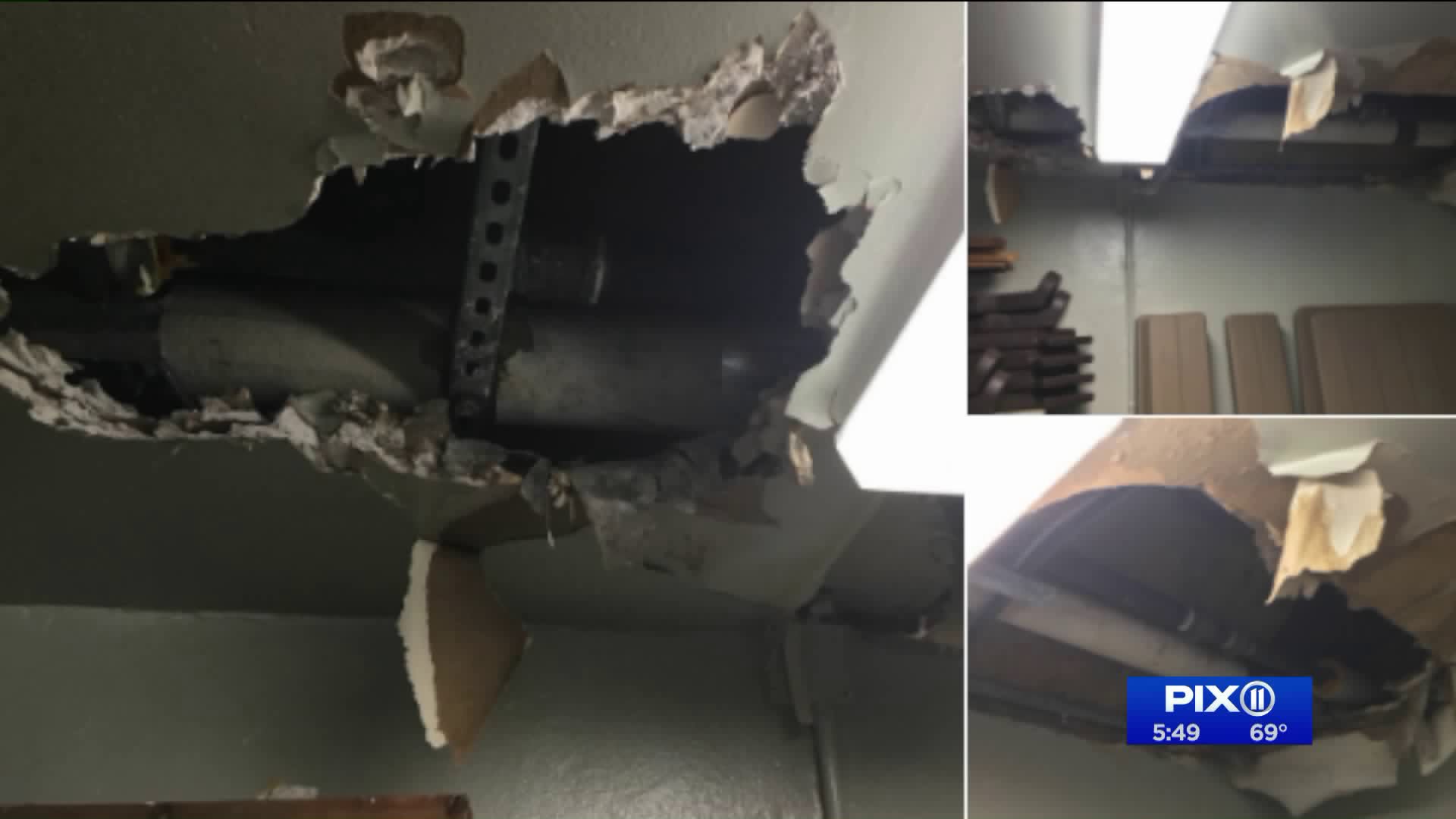 A city leader wants to fix it in time for hundreds of kids this summer who are counting on using the space.

THE BRONX — Over 200 children are hoping to use the Claremont Consolidated Community Center this summer. Once councilmember is unhappy with the conditions and wants the city to fix it in time for the season.

Councilman Ritchie Torres tweeted out the poor conditions of the center's ceilings last week, showing them falling apart and dealing with constant leaks.

Another day=Another @NYCHA issue. This is the current condition of the ceiling in a Community Center in the Bronx that runs a PAL for over 200 kids. NYCHA has failed to fix it since being made aware in December. #NYCHAchronicles pic.twitter.com/pMlgi62cis

Audrey Henry, who has been the director of a summer program at the center for over 13 years, says that a crew from the city did a patch job on the ceiling Wednesday morning. She says the entire space is falling apart and dirty.

"That's all water damage where kids are supposed to play," Henry said, showing off holes in the walls held by duct tape and plastic bags. The floors are watered damaged as well.

The problems have ruined toys, books, games and furniture that the children enjoy during the summer programs.

Henry wants to see the issues fixed by Father's Day, when the center has an event for kids to honor their fathers.

An NYCHA spokesperson tells PIX11 that staff were already making repairs to the center’s walls yesterday. Plaster work will begin Wednesday night and staff will schedule for paint to be completed.

In late February, NYCHA claims they responded to a leak from a broken heat pipe, which was repaired.

They are reaching out to the community center’s director regarding possible damaged items, adding "these centers are valuable assets to our communities that deserve to be preserved. But given NYCHA’s dire financial position and more than $30 billion in capital needs, it is difficult to accommodate both the repairs needed to secure our residents’ homes as well as the fixes for our centers. We continue to work with our partners to clearly lay out roles and responsibilities for each party to determine the best strategy for financing existing repair needs within the context of NYCHA’s larger capital needs."