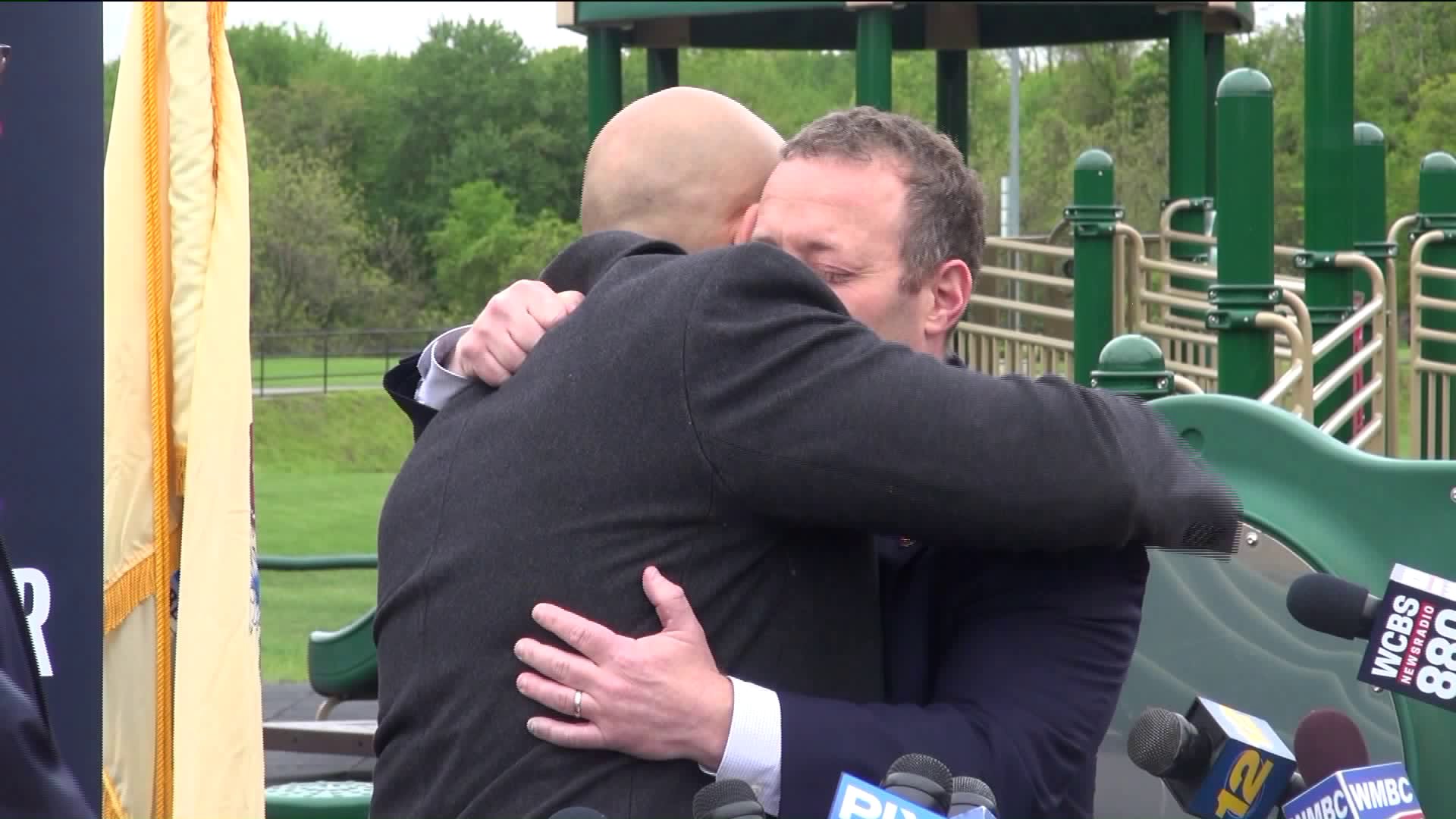 The father of a little girl killed in a deadly school bus crash in New Jersey last year says he`s headed to Capitol Hill to campaign for stricter laws on school buses.

Joevanny Vargas of Paramus lost his little girl, Miranda, 10, when the school bus she was riding on was t-boned by a dump truck on the highway after the driver allegedly made an illegal u-turn, cutting across 3-lanes of traffic.

"We will not see her 8th grade graduation, her sweet sixteen, her high school graduation, her college graduation and I will not walk her down the aisle," he struggled to say. "Parents should not have to worry about who is driving their child’s school bus. School districts must know their drivers."

Hudy Muldrow was Miranda’s school bus driver that day. He was responsible for the safe transport of dozens of Paramus School children and their teachers for a class trip through Mount Olive. He’ll be on trial later this year. Muldrow's license had been suspended at least 14 times prior.

"Why was he driving this bus filled with children and teachers?" questioned Vargas, who will fight alongside Congressman Josh Gottheimer (D-NJ) to pass Miranda’s Law and the SECURES Act.

The bills would nationally notify schools about any bad actors behind the wheel of a school bus; require lap and shoulder belts; and get the ball rolling on alarm systems in the case of an unbuckled child.

"In my own car, if I don’t buckle upm it dings and flashes," said Rep. Gottheimer. "Why don’t we have the same alerts on school buses when a child isn’t wearing a seat belt?"

Last year, Gottheimer introduced Miranda’s Law and the SECURES Act, but they were never posted for a vote. He says this year he’s confident Vargas’ voice will help make all the difference.

"This is not a New Jersey problem, it's a national problem that needs to be addressed before we are confronted with another tragedy," said Vargas.