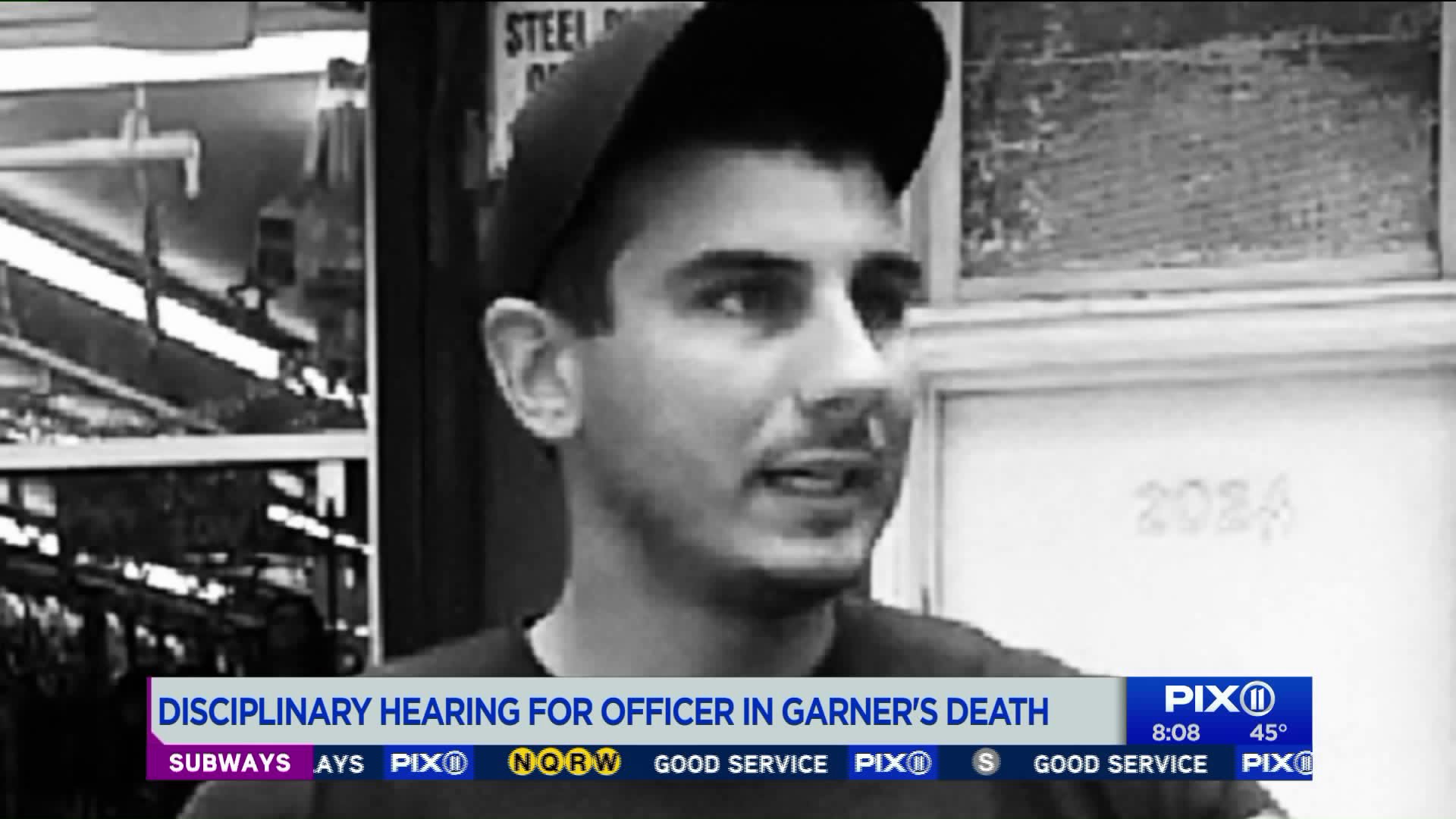 A long-delayed disciplinary trial is set to begin for the New York City police officer accused of using a banned chokehold in the July 2014 death of Eric Garner.

NEW YORK — A long-delayed disciplinary trial is set to begin for the New York City police officer accused of using a banned chokehold in the July 2014 death of Eric Garner.

Officer Daniel Pantaleo's trial is scheduled to start Monday at police headquarters nearly five years after the notorious video of the incident surfaced.

Garner was the unarmed black man whose pleas of "I can't breathe" became a rallying cry against police brutality across the country.

The father of six, had been arrested for selling untaxed cigarettes numerous times and was suspected of doing the same when officers approached him, police said. The man who recorded the video of the confrontation said that wasn't true and that Garner had just broken up a fight between two other men.

Garner, who had asthma, suffered a heart attack in an ambulance and was pronounced dead at a hospital.

Pantaleo could face penalties ranging from the loss of vacation days to firing if he's found to have violated department rules. He denies wrongdoing, arguing he used a different technique taught in police academy.

A ruling last week requires that the police watchdog agency bringing the case prove not only that Pantaleo violated department rules, but that his actions fit the criteria for criminal charges. Pantaleo does not actually face criminal charges.

Pantaleo has been on desk duty since Garner's death.