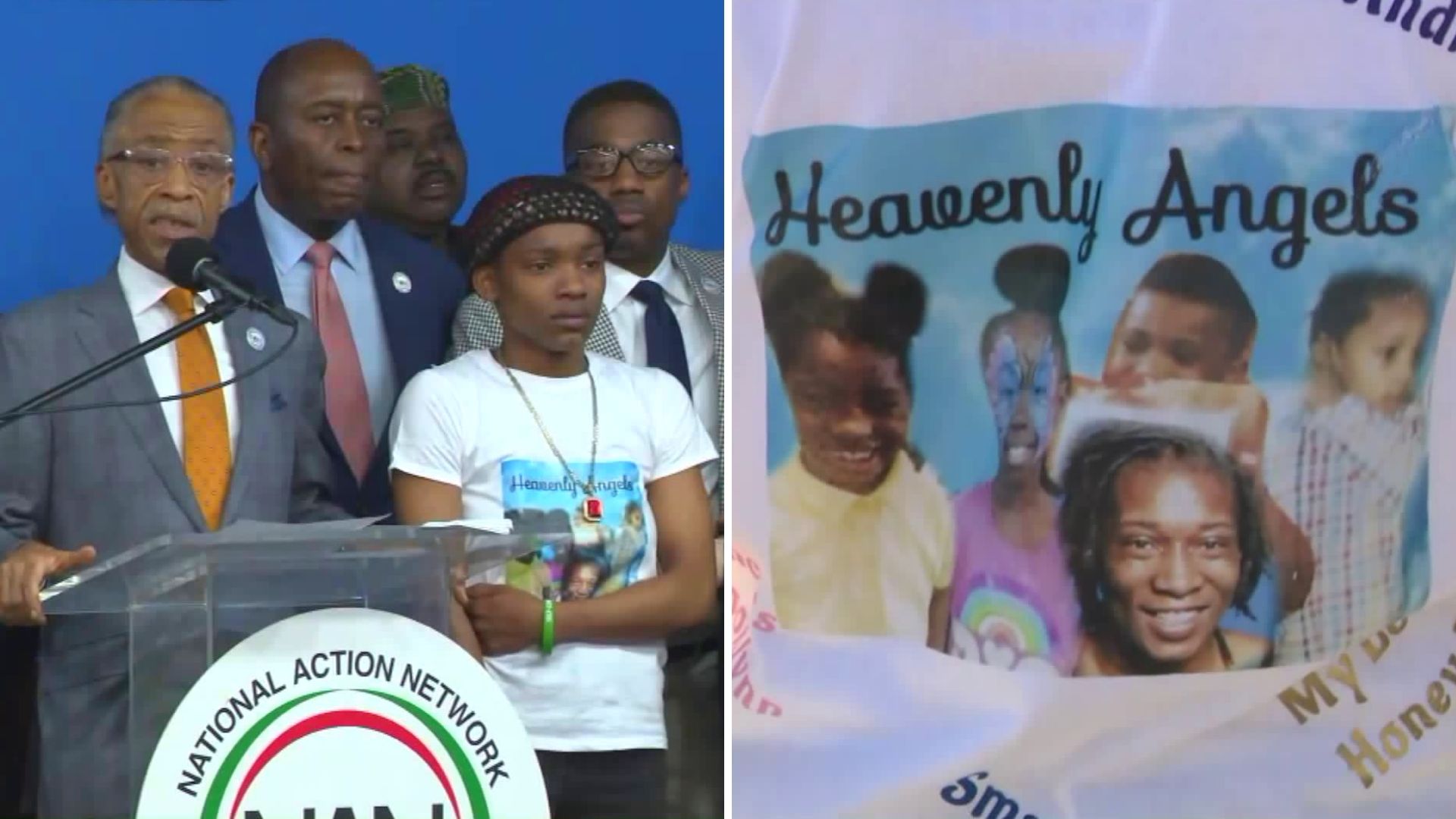 Rev. Al Sharpton and leaders from his National Action Network rallied Saturday morning around the surviving family members of six people, including four children, killed in a devastating fire early Wednesday morning. Sharpton announced both personal and NAN donations to the family.

The event took place at the NAN House of Justice on West 145th Street near Malcolm X Boulevard in Harlem.

Sharpton called for all of Harlem to rally around the family that lost six loved ones in the devastating fire, and also announced thousands of dollars in donations from both himself and NAN to help the family with funerals and other costs.

After the event, Kendra Pollidore-Mulzae, sister of the mother killed and aunt to the children killed, thanked the community for its support, and warned of fake fundraising efforts.

Donate to help the surviving family members at this official GoFundMe campaign, started by Pollidore-Mulzae.

Andrea Pollidore, 45, and her four children — two girls, Nakiyra, age 11, Brooklyn, age 6,  and two boys, Andre, age 8 and Elijah age 3 — and Mac Abdularaulph, 33, believed to be Pollidore's stepson, were killed early Wednesday when the fire, which fire officials say was caused by unattended cooking, spread throughout their unit at the Frederick Samuel Apartments along West 142nd Street in Harlem.