NYC landmarks are made of Legos at exhibit in Brooklyn 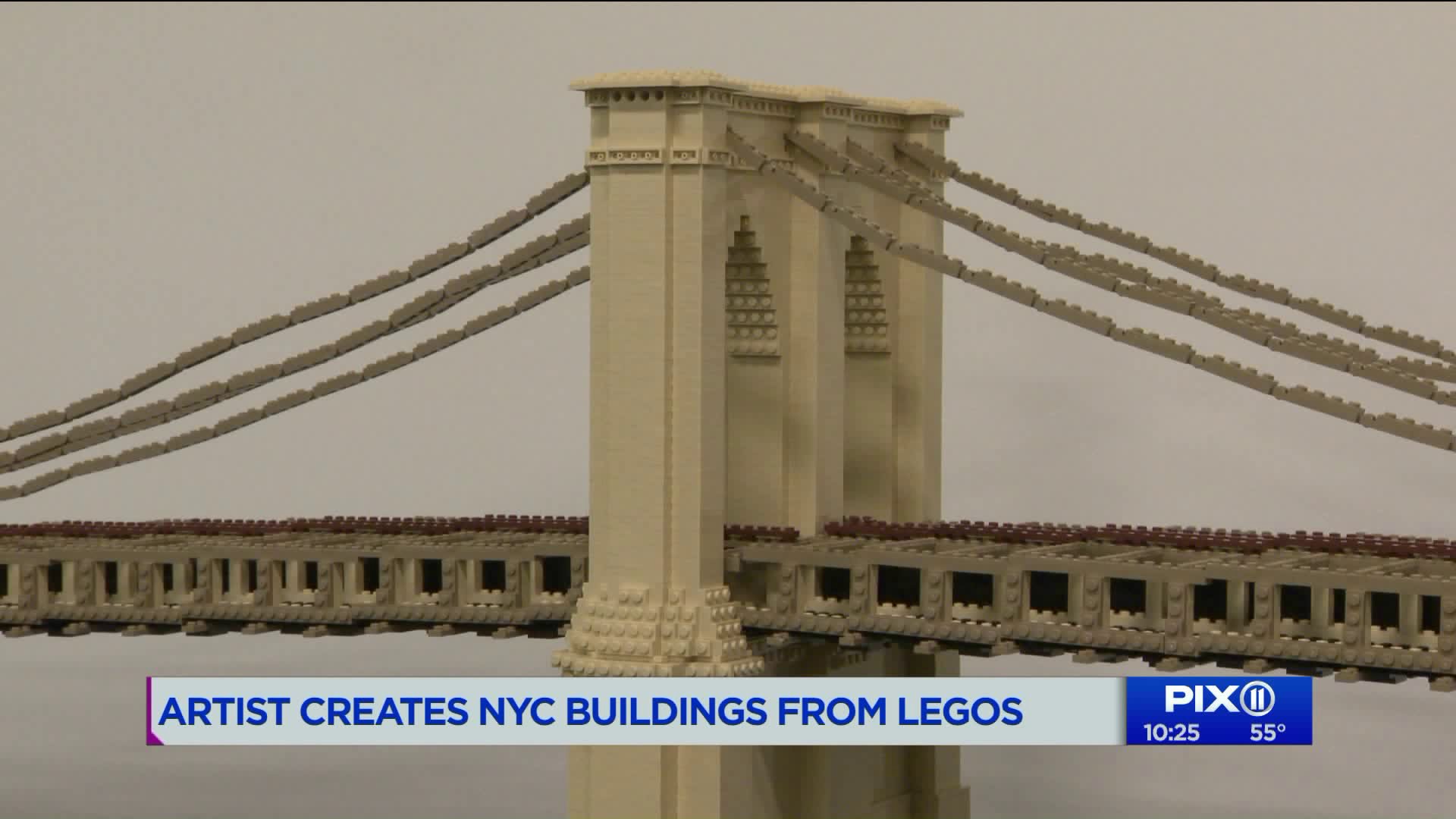 Jonathan Lopes is the creator and author of a new book "New York City: Brick by Brick."

Buildings rise in the city brick by brick.

Landmarks are made of LEGOS at an exhibit on display in Brooklyn for the next week.

The creator, Jonathan Lopes, worked in New York City in the 1990s. Music and art originally bought him to town. He picked up a LEGO set one day and it provided some inspiration.

Now he creates giant sculptures from the plastic blocks.

For the next week, you can see his work at City Point, a food, shopping and entertainment center in Downtown Brooklyn.

He has a book coming out called "New York City: Brick by Brick."

Lopes says his first major creation was the Manhattan Bridge in 2011.

He estimates that his Manhattan Bridge took 75 hours to create.

He is always working on another piece and traveling to exhibitions.