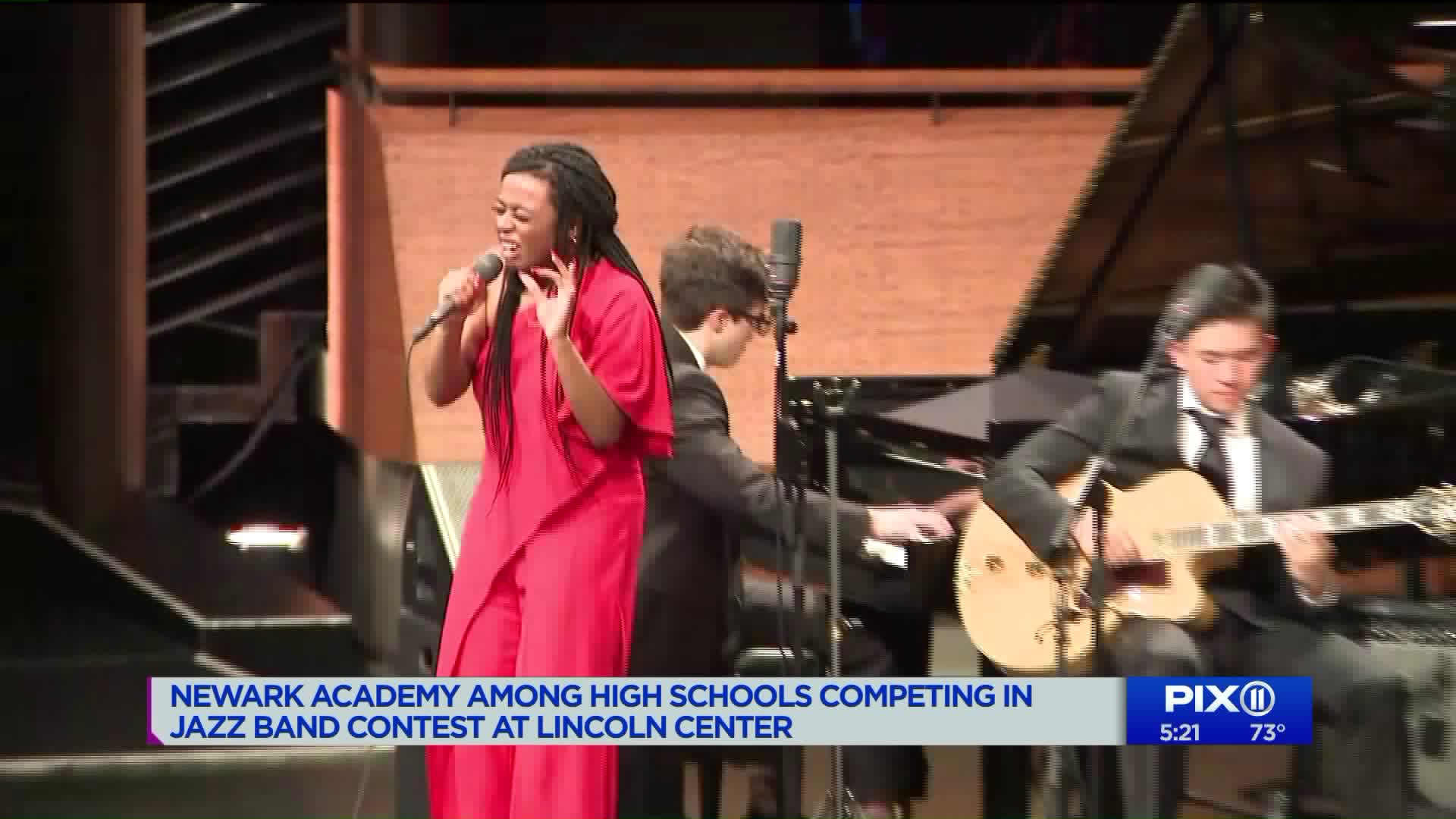 The Essentially Ellington jazz band contest has been called the "Super Bowl of high school jazz band competitions," and Newark Academy`s big band Chameleon is in the top 15 this year, the 24th year of the on-going competition.

Fifteen bands from across the country have made it to the final round of the 24th annual competition, one of them from Livingston, New Jersey.

Newark Academy's big band, Chameleon, is made up of 23 incredible high-school jazz musicians from the second-oldest independent day school in New Jersey.

Newark Academy's jazz band has made it to the top 15 in this competition four times before, but this may be their year to win it all.

"They have to be invested in it to play at this high of a level, especially with all their schedules," said Julius Tolentino, Newark Academy's jazz band director. “They do their homework and that comes with the love of the music,” he added.

The band meets just four hours each week to make these Ellington tunes come to life.

One of the band's stars is an 18-year-old clarinetist from Warren, New Jersey, heading to Yale next year.

"It took me a really long time to play like this. Hours a day in elementary, middle and early high school,” student Alan Lin told PIX11 News. “I had to learn to go around the mouthpiece in the right way,” he added.

Sammi Powell, from West Orange, has been singing with the band since 7th grade. “When I sing, all my emotions, my ideas, my influences, just let loose on the stage,” said Powell, a senior headed to Howard University in the fall.

No one in the theater was more proud than Powell's parents. “She has a sense of joy and I think she transfers that to everyone who hears her voice,” Rhonda Powell said.

"More than being a great singer, she is a wonderful, wonderful young lady," her father, Henry Powell, added.

Eight bands perform Friday and another seven perform Saturday, with the winner being announced at 4 p.m. Saturday, with an encore performance Saturday night alongside members of the Jazz at Lincoln Center Orchestra.