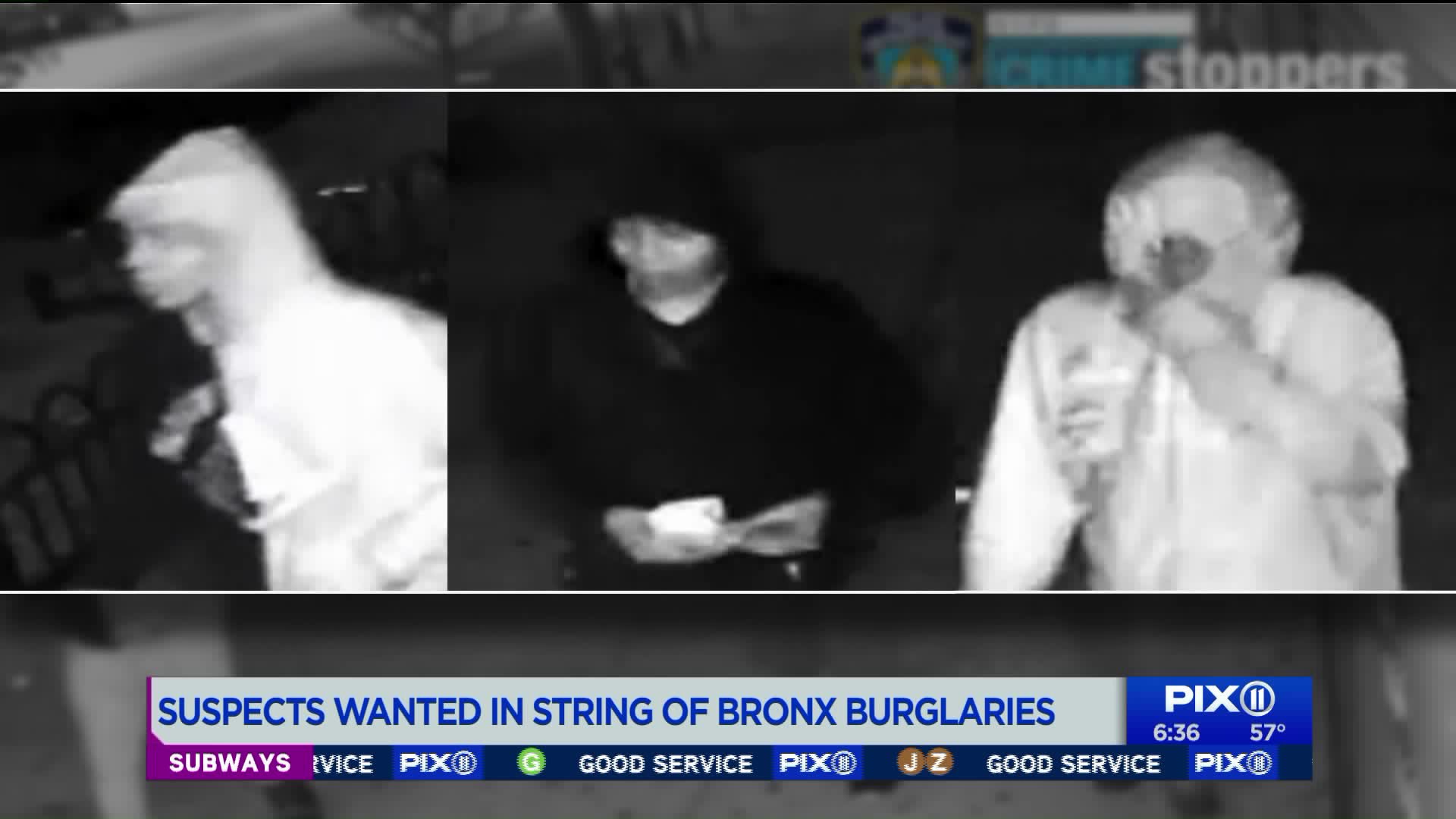 Police are searching for the group accused of getting away with nearly $10,000 in a string of burglaries in the Bronx.

The BRONX — Police are searching for the group accused of getting away with nearly $10,000 in a string of burglaries in the Bronx.

Authorities received at least eight burglary reports from businesses the Wakefield and Williamsbridge sections of the Bronx between April 18 and May 1.

The incidents happened between midnight and 5 a.m., police said.

The group of men gained entry into commercial establishments, including restaurants, markets, a nail salon and a gas station by breaking windows, according to police.

Once inside, they removed various amounts of cash from the registers, cops said.

During one robbery, the alleged thieves got away with about $4,800 from Richie Rich Caribbean Taste restaurant along White Plains Road.