Hidden NY: Manhattan’s only vineyard found in the Upper East Side 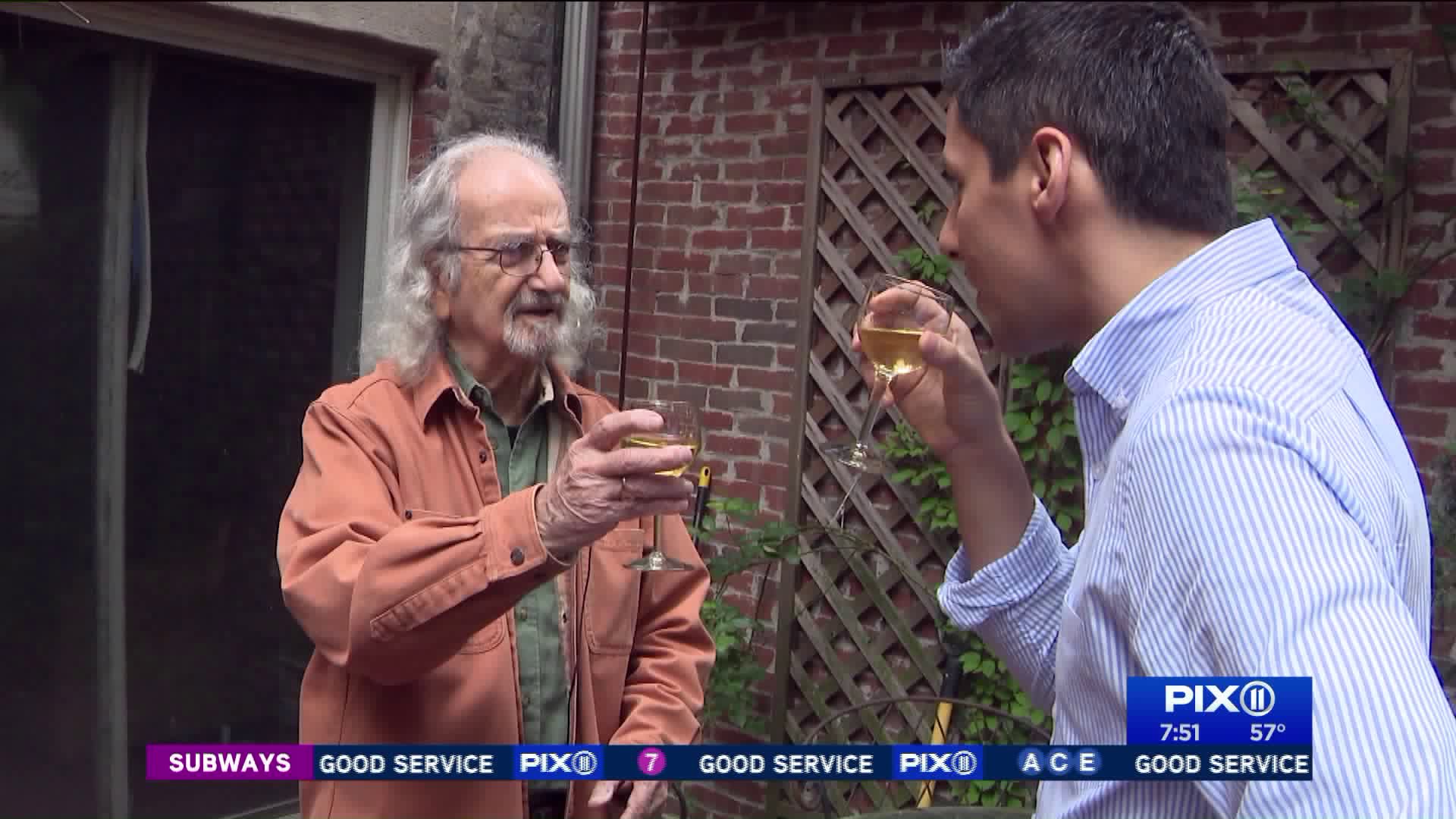 You don`t have to visit Italy or France or even the Hamptons to find a vineyard, as Hidden New York visits one that grows on the Upper East Side.

UPPER EAST SIDE, Manhattan — There’s no need to head to Italy or France or even the Hamptons or northern New York, to visit a vineyard.

There’s one growing on the Upper East Side.

It’s on a tree-lined street chock a block with historic brownstones.

The owner of one of them also owns his very own wine label.

Latif Jiji and his wife Vera moved here in 1977.  Her domain was the garden out back.

“One day when she wasn’t looking, I went to a nursery, got a little stick, put it in the ground, it was my grapevine,” said Latif.

That grapevine grew and grew and grew — across half his backyard, up the four stories of his brownstone and halfway across his rooftop.

Latif checks on his growing grapes often, climbing the four floors repeatedly at the ripe old age of 91.

He does this multiple times a day.

Through the hatch, after the last bit of stairs, you’ll find Chateau Latif!

Up on the rooftop, the grapes don’t need a lot of water.

To Bedrock? "I don't know to bedrock, but probably to the Lexington Ave subway!"

What’s his record now? About 712 pounds.

A lot of friends and family make a day of it.

Next the grapes get dropped into a winemaking contraption in Latif's wine cellar.

The grapes get separated from the stems, and once they're crushed, the fermentation process begins.

This happens in a temperature-controlled environment.

We got a taste of his Chateau Latif. I can tell you the white wine tasted deliciously sweet.  Cheers!