Boy fulfilling mission to thank every police officer in the nation 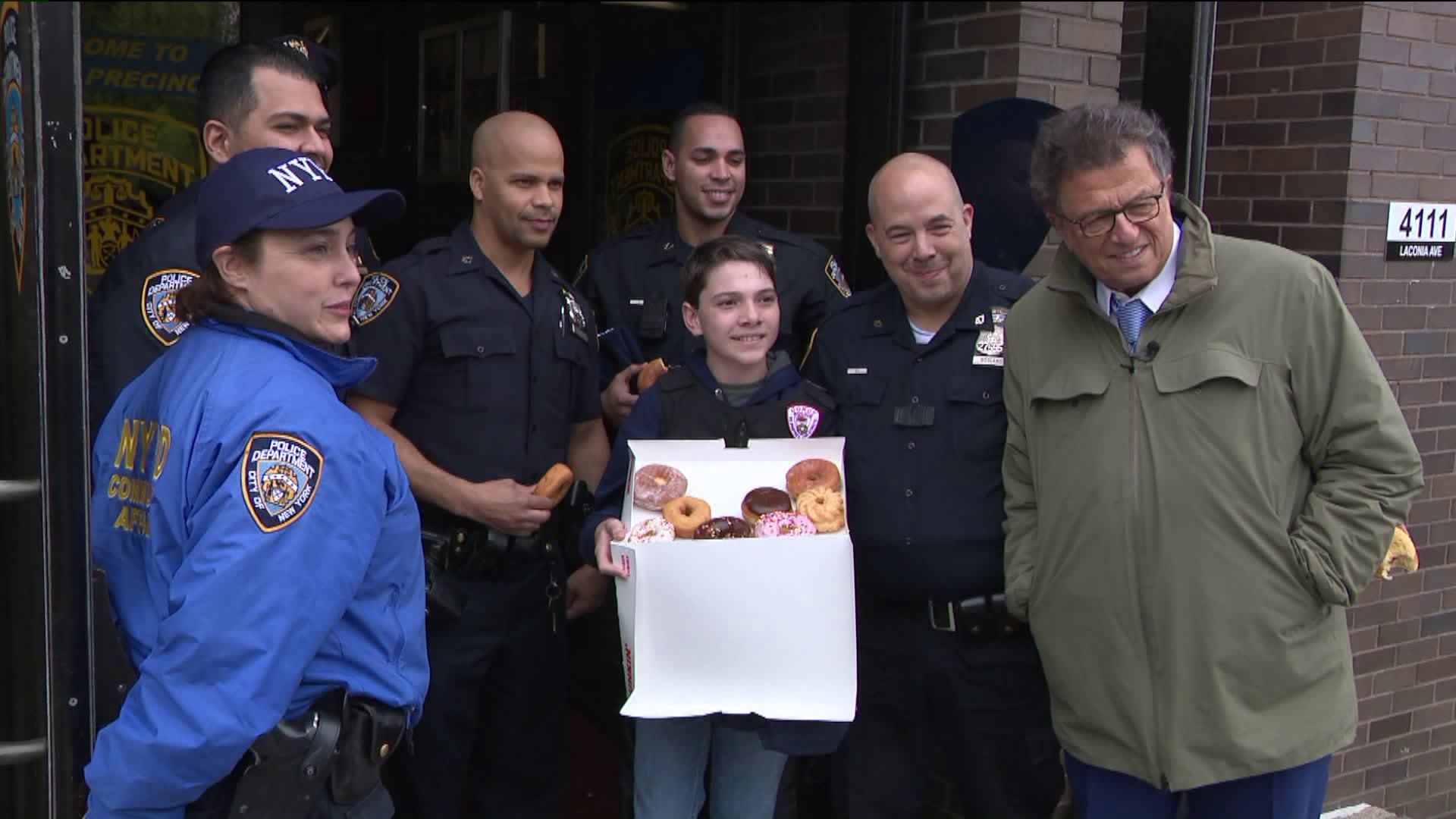 An 11-year-old boy who`s always wanted to be a police officer launched a mission two years ago to travel around the country, bringing donuts to cops to thank them for their service. He said he`s traveled to 45 states and handed out over 80,000 donuts so far.

BRONX — One 11-year-old boy already has a life mission; To thank every police officer in the United States. PIX11 caught up with him at the 47th precinct in the Bronx.

Tyler, who is from Florida, has been traveling around the country, brining donuts to officers to thank them for their service.

The mission started two years ago. “I went into the store with my mom and saw four deputies and asked my mom if I could buy them donuts," he said.

The police were so thankful and Tyler asked his mom why they had such a strong reaction. She told him it wasn't the snack they were excited about, it was because he took the time to thank them.

That moment sparked something in the boy who's always wanted to be a police officer. He decided he wanted to thank every police officer in the country. So far he said he's traveled to 45 states and given out over 80,000 donuts.

Tyler's mom said he is so passionate about his purpose and loves every ounce of what the police do and stand for.

Tyler and his mother hope to expand their mission to include a scholarship program for fallen officers' children.

As for Tyler, he hopes to be K-9 officer when he grows up.