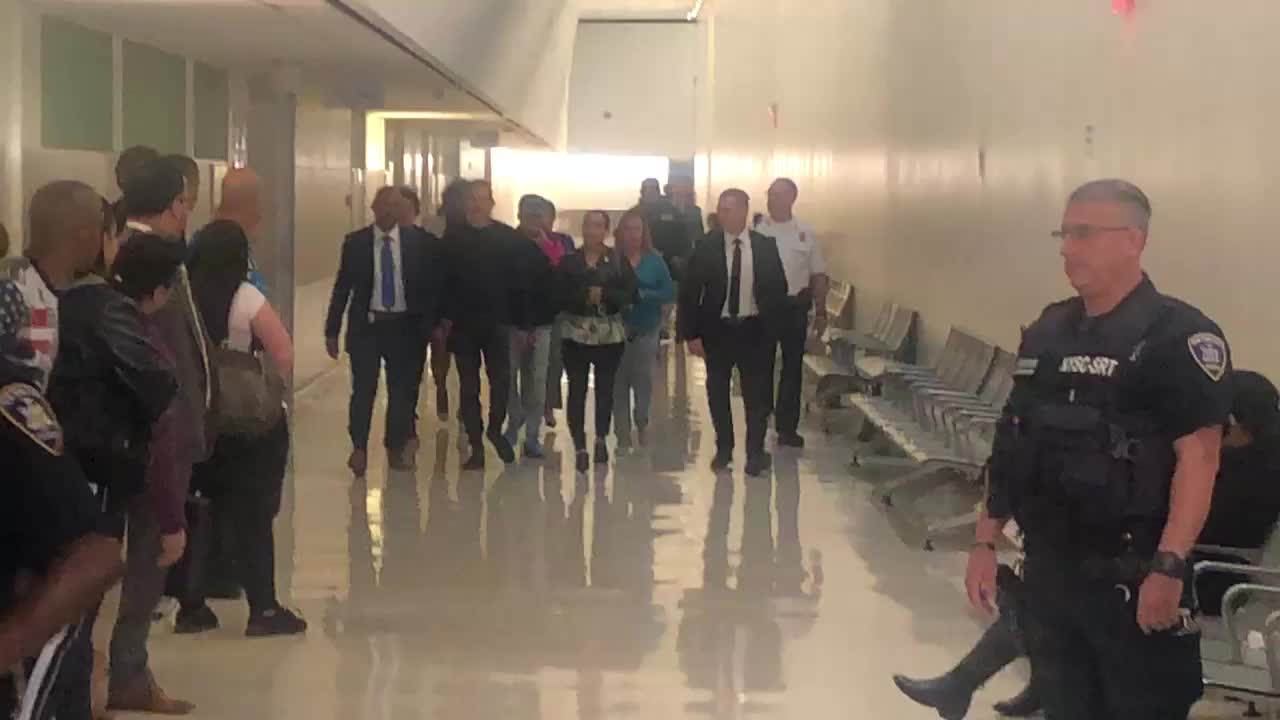 The prosecutor told the jury what PIX11 News has long reported: that members of the Sures set of the Trinitarios, along with the Bad Boys, were looking for a rival gang member from the Sunset crew.

Assistant District Attorney Morgan Dolan spent only 10 minutes laying out her case against the five men, all charged with murder in the first degree.

And for the first time, the name Michael Sosa Reyes was uttered in open court, when Dolan said he was part of the “Bad Boys” set that took part in the chase of the 15-year-old Bronx teen.

Sosa Reyes has been a cooperating witness since early in the investigation.

The prosecutor told the jury what PIX11 News has long reported: that members of the Sures set of the Trinitarios, along with the Bad Boys, were looking for a rival gang member from the Sunset crew.

Dolan said the group came upon Junior near Little Italy, in the Belmont section of the Bronx, describing Junior as “alone, unarmed, defenseless and outmanned.”

She said Junior “begged for his life” when he was cornered in a bodega on East 183 Street and Bathgate Avenue.

When defense attorneys got their turn to speak, several took pains to tell the jury the wound that killed Junior was caused by just one man.

It’s alleged that defendant Jonaiki Martinez Estrella plunged the knife into Junior’s neck near the end of the 20 second attack.

Martin Goldberg, defense attorney for Jose Muniz — who once cried in court during his arraignment — said his client was made the “poster boy” for Junior’s horrific death, because Muniz was seen carrying a machete.

“Jose Muniz was a member of the Trinitarios," Goldberg said. "It’s Jose Muniz in the video and he is the one who struck Junior between the knee and the torso."

Goldberg then noted the medical examiner’s report showed Muniz “did not cause any physical injury to Junior. Not even a tiny bruise.”

“He could have hacked him with the machete,” Goldberg told the jury.

“Jose was careful to never let the sharp side of the blade come in contact with Junior. He made it look like he was doing his job (as a Trinitario).”

Goldberg said Trinitarios members suffered violent consequences if it looked like they weren’t following a gang leader’s order to get rivals.

“You’ll see when the machete comes down, only the flat side is exposed to Junior,” Goldberg said.

“It’s hard to wrap your head around the stupidity that allowed this to happen,” Goldberg told the jury on Muniz’ behalf.

“But this boy is not a killer, because he didn’t intend to cause his death.”

Goldberg ended his statement by saying, “Yes, Justice for Junior. But also justice for the people not responsible for his death.”

When the defense attorney for Manuel Rivera, who was 18 when the attack happened, tried to suggest Rivera joined the Trinitarios for a “cultural connection” — after he left behind his mother in the Dominican Republic — the prosecution objected several times.

Toni Messina talked of Rivera going to school in the Bronx “where he didn’t speak the language” and that drew more objections.

Kyle Watters, who represents Jonaiki Martinez Estrella, told the jury “the evidence is going to show if you didn’t do what you were expected to do as a Trinitario, you paid for it dearly.”

Amy Attias is the defense attorney representing Elvin Garcia, who allegedly went to a hospital in Washington Heights after the Bronx attack, claiming his hand wound was caused in a fight defending his girlfriend’s honor.

Junior’s mother and father were in court for opening statements with supporters.

Junior’s father — Lisandro Guzman — got a tattoo on his neck after his teen son’s murder, a gesture of solidarity with his slain son who is not here to fight for justice.

Mary Murphy and James Ford discuss the latest in the trial on the Mary Murphy Files: