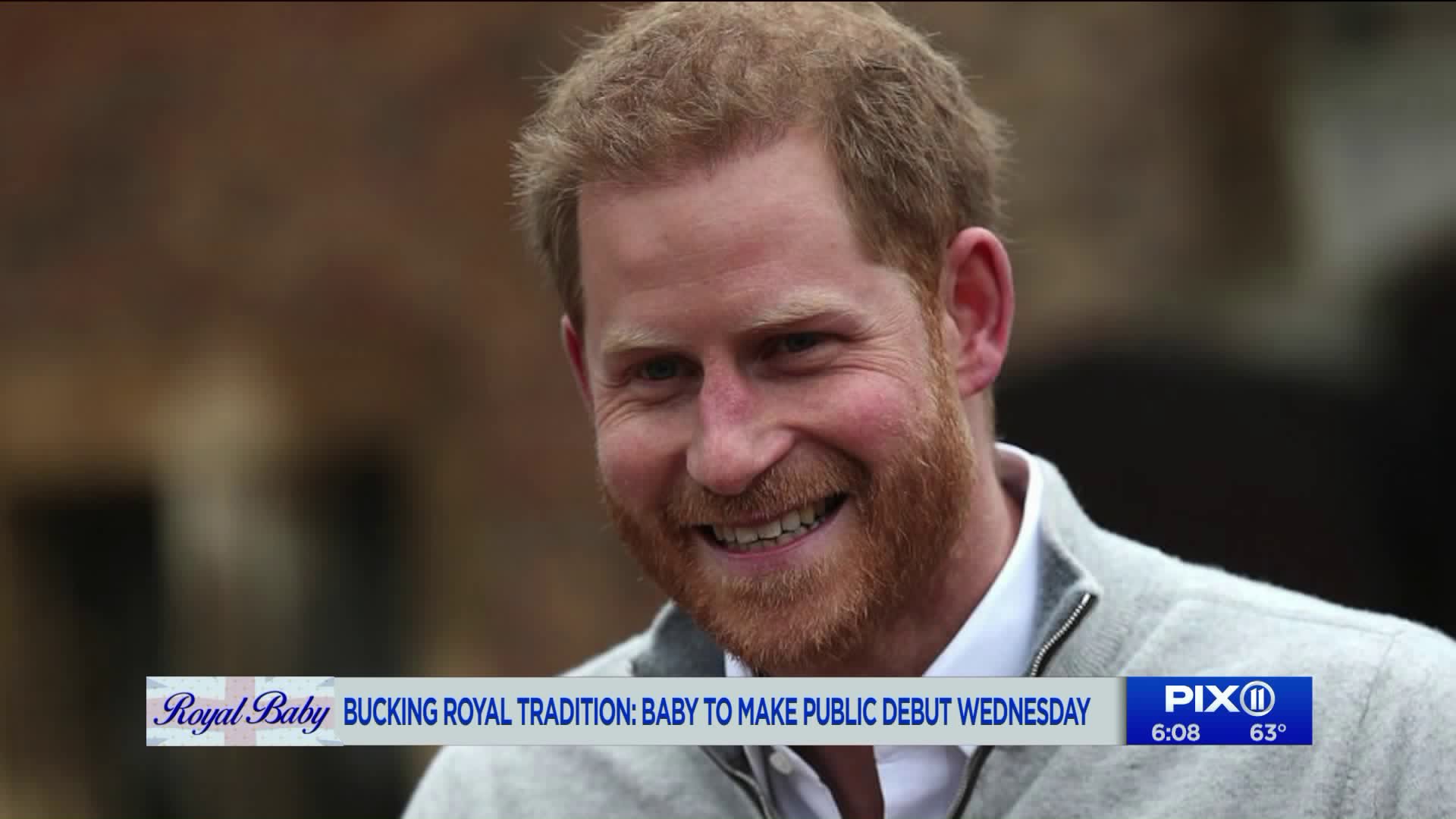 Meghan, the Duchess of Sussex, gave birth to her first child with Prince Harry, Buckingham Palace told CNN on Monday. The baby will be seventh in line to the British throne behind Prince Charles, Prince William and his three children and Prince Harry. He or she will be the seventh great-grandchild for Britain`s Queen Elizabeth II.

Meghan, the Duchess of Sussex, gave birth to her first child with Prince Harry, Buckingham Palace told CNN on Monday.

The baby will be seventh in line to the British throne behind Prince Charles, Prince William and his three children and Prince Harry.

He or she will be the seventh great-grandchild for Britain's Queen Elizabeth II.

Harry and Meghan married in a star-studded ceremony at Windsor Castle last May and announced they were expecting a baby in October -- the news came as they touched down in Australia for their first overseas tour as a married couple.

Meghan's pregnancy was announced in October, during her first overseas tour with her husband in Australia.

The birth was scheduled for the spring -- but few other details were released in the ensuing months, leaving the public to fill in the blanks about when the baby would arrive.

Bookmakers had been taking odds on the child's gender, name and date of birth for months, but suspended betting over the weekend.

The parents-to-be also dropped hints and made references to her new addition while on subsequent engagements.

But the couple ultimately preferred to keep details of the pregnancy under wraps, in line with their repeated requests for privacy since they began dating years ago.

As anticipation about the birth reached fever pitch, Buckingham Palace announced they would not be disclosing information during Meghan's labor.

"Their Royal Highnesses have taken a personal decision to keep the plans around the arrival of their baby private. The Duke and Duchess look forward to sharing the exciting news with everyone once they have had an opportunity to celebrate privately as a new family," a Palace spokesperson said.

The decision meant Meghan will decline to follow in the footsteps of her sister-in-law, Duchess Catherine of Cambridge, who stepped into the intense glare of the media spotlight, newborns in arm, hours after giving birth at a hospital in central London.

Meghan and Harry's new baby will make history by becoming the first biracial British child in the royal family, a significant milestone both across the Commonwealth and within British society.

But trailblazing is nothing new for the royal couple. The new, modern approach brought to the family by the pair was underlined by their groundbreaking wedding ceremony last May.

Almost every piece of that service -- broadcast to hundreds of millions around the world -- seemed to make a statement.

In a striking image, the outspoken American divorcée walked unescorted, followed by her 10 bridesmaids and page boys.

Hands clasped, the couple then listened to a stirring, soulful address by Bishop Michael Curry, the first African-American head of the Episcopal Church in the United States.

His impassioned speech was then followed by a performance of the Ben E. King classic "Stand by Me" by The Kingdom Choir, a group of 20 gospel singers.

The birth of Meghan and Harry's baby is certain to again capture the imagination of British society, marking the start of a new era for one the world's most famous and most loved couples.