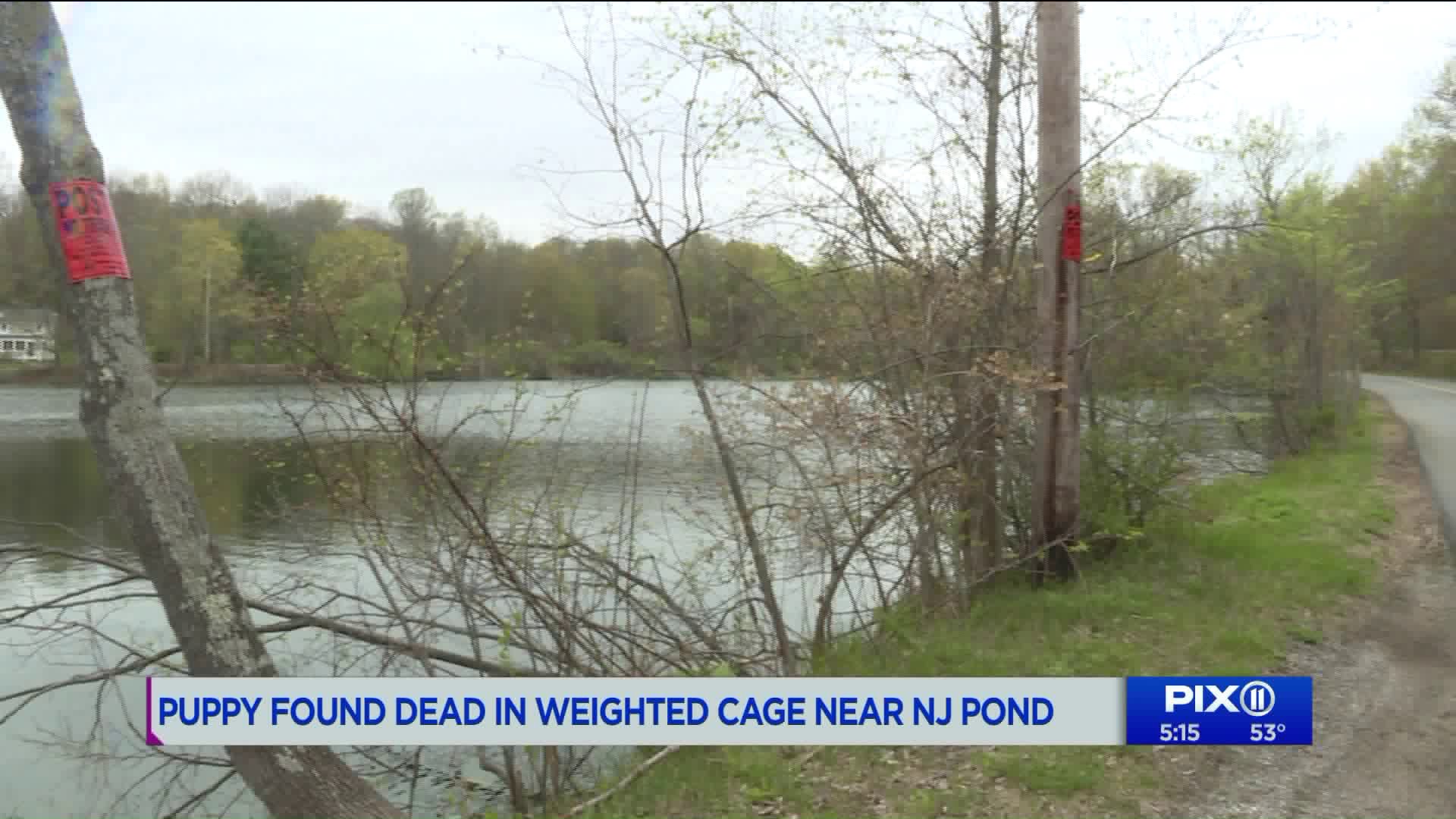 The 10-week-old female golden retriever was taken to an area vet who examined the dog and determined it drowned.

WEST MILFORD, N.J. -- Police are investigating how a 10-week-old puppy was found dead inside a weighted cage near a pond in New Jersey.

Michele Vanderploeg was driving down the road discovered the dog and called police.

"Right away, I felt sick to my stomach," Vanderploeg said.

The 10-week-old female golden retriever was taken to an area vet who examined the dog and determined it drowned.

"The crate was locked," said Nancer Warner, founder of The Last Resort Rescue. "And there was an ice bucket, like a lead crystal ice bucket inside the crate."

The weighted cage also had puppy training pads inside. So far no witnesses have come forward to help identify who might have tossed the dog into the water.

"I just looked at her little face and I’m like who could do this? Why did you do this?" questioned Vanderploeg, who volunteers for The Last Resort Rescue. The organization is now offering a $1,000 reward to anyone who has information that leads to an arrest.

"We named her Jenny," Warner said. "Because she should have a name. And we just want justice for her."

On Wednesday afternoon, a local vet drove the puppy to a state forensic lab for a complete autopsy.

West Milford Police and the Passaic County Prosecutors Office is investigating. Anyone with information is asked to call.