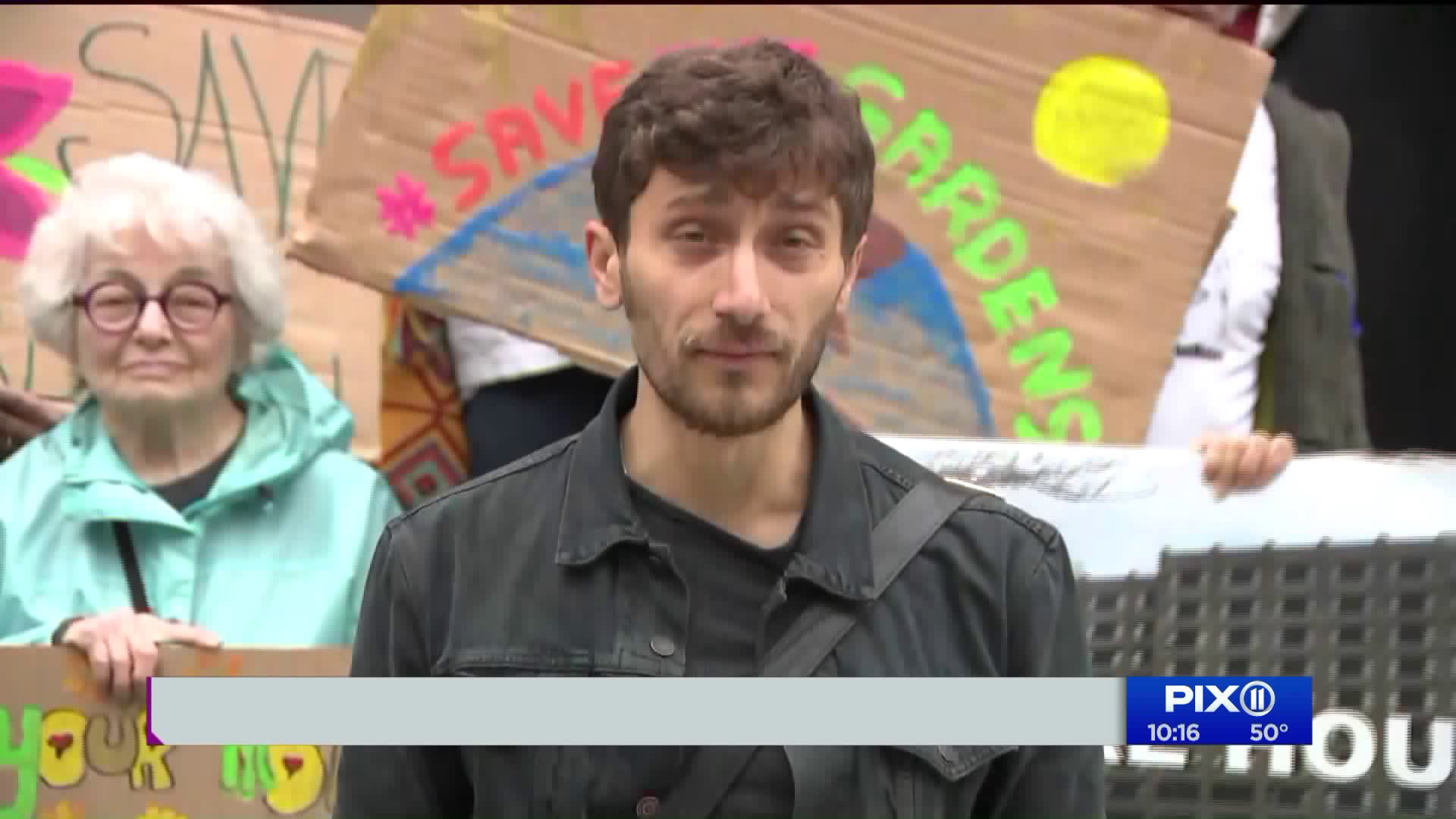 New Yorkers take green parkland and open space very seriously. They want the city to find a way to preserve them and create affordable housing. They rallied at City Hall.

Green space and open space in the city are essential and special and, in many instances, neighbors help transform lots in community gardens.

Some New Yorkers took a stand on the steps of City Hall Wednesday to fight for the future of the spaces.

Nelson Mandela Community Garden on West 126th Street in Harlem is fighting to remain community space on a city-owned lot.

It has become a familiar story. The Elizabeth Street garden between Prince and Spring Streets is also trying to preserve its space and has suggested another location for affordable senior housing.

They said it doesn’t have to be a choice between affordable housing or open space.

They call for a review of the land use review procedure.

The administration and council members have to balance the need for affordable housing and preserving spaces. The city has also held design completions for some lots.

NYC Comptroller Scott Stringer has weighed in on the issue, finding as many as 1,000 city owned lots in various conditions.