$2 trillion infrastructure proposal could have impact on Gateway tunnel project 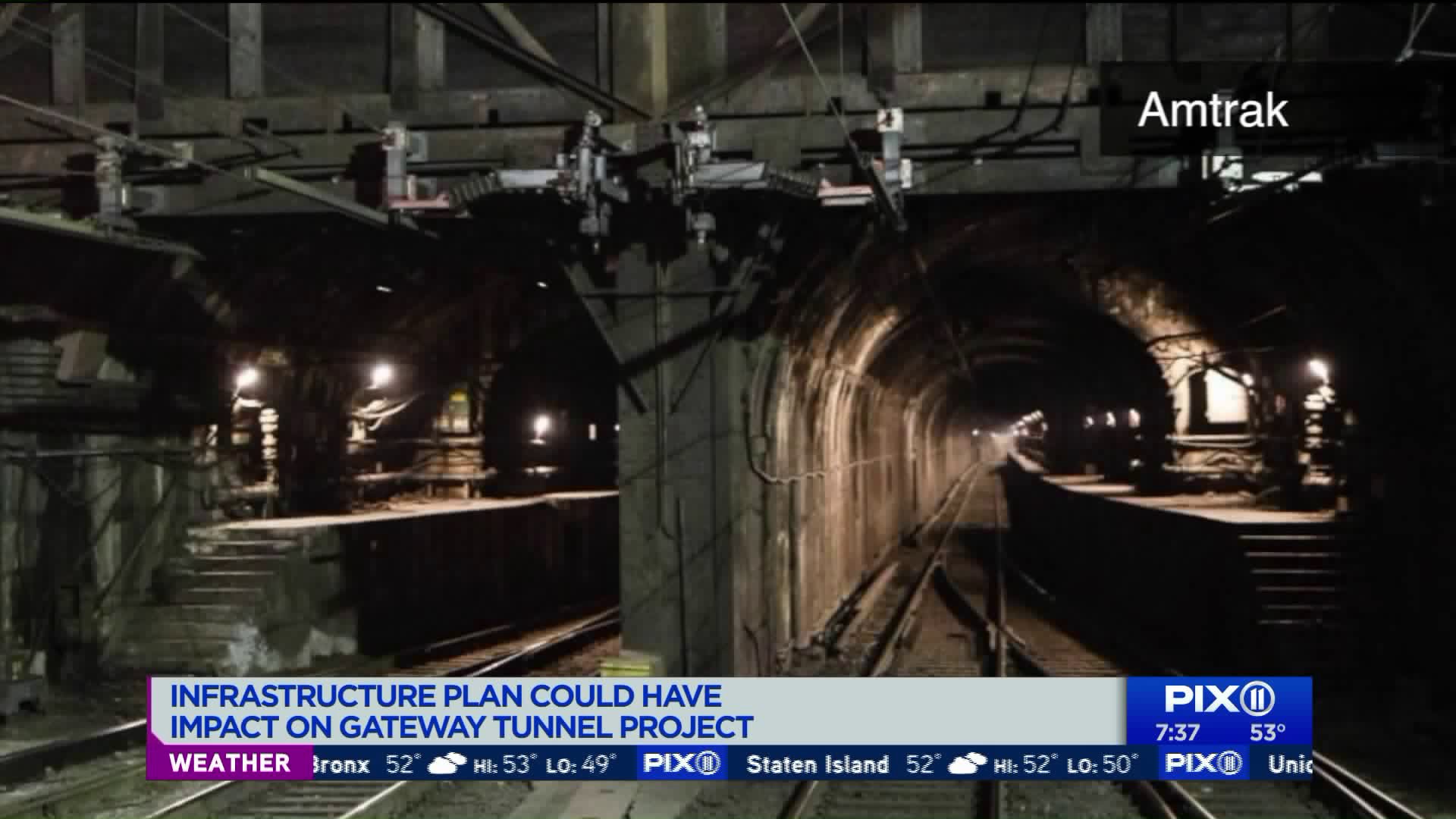 The Democrats and Preisdent Trump agreed to aim for a $2 trillion infrastructure proposal. This may impact the aging Gateway Tunnel running between Newark and New York Penn Stations.

A new $2 trillion infrastructure deal out of the capital is in the works, according to key lawmakers.

The Gateway Tunnel, which brings Amtrak and NJ Transit trains under the Hudson River from New Jersey to New York's Penn Station is falling apart.

The tunnel, which is more than 100 years old, was ravaged by seawater during SuperStorm Sandy, but no one would commit to $30 billions needed to rebuild.

However, the senate's two most powerful democrats emerged from a meeting with President Trump as a new $2 trillion infrastructure deal was proposed, which could also impact the aging tunnel.

They're set to meet again in about three weeks to discuss how exactly that money will be spent and how to pay for it.