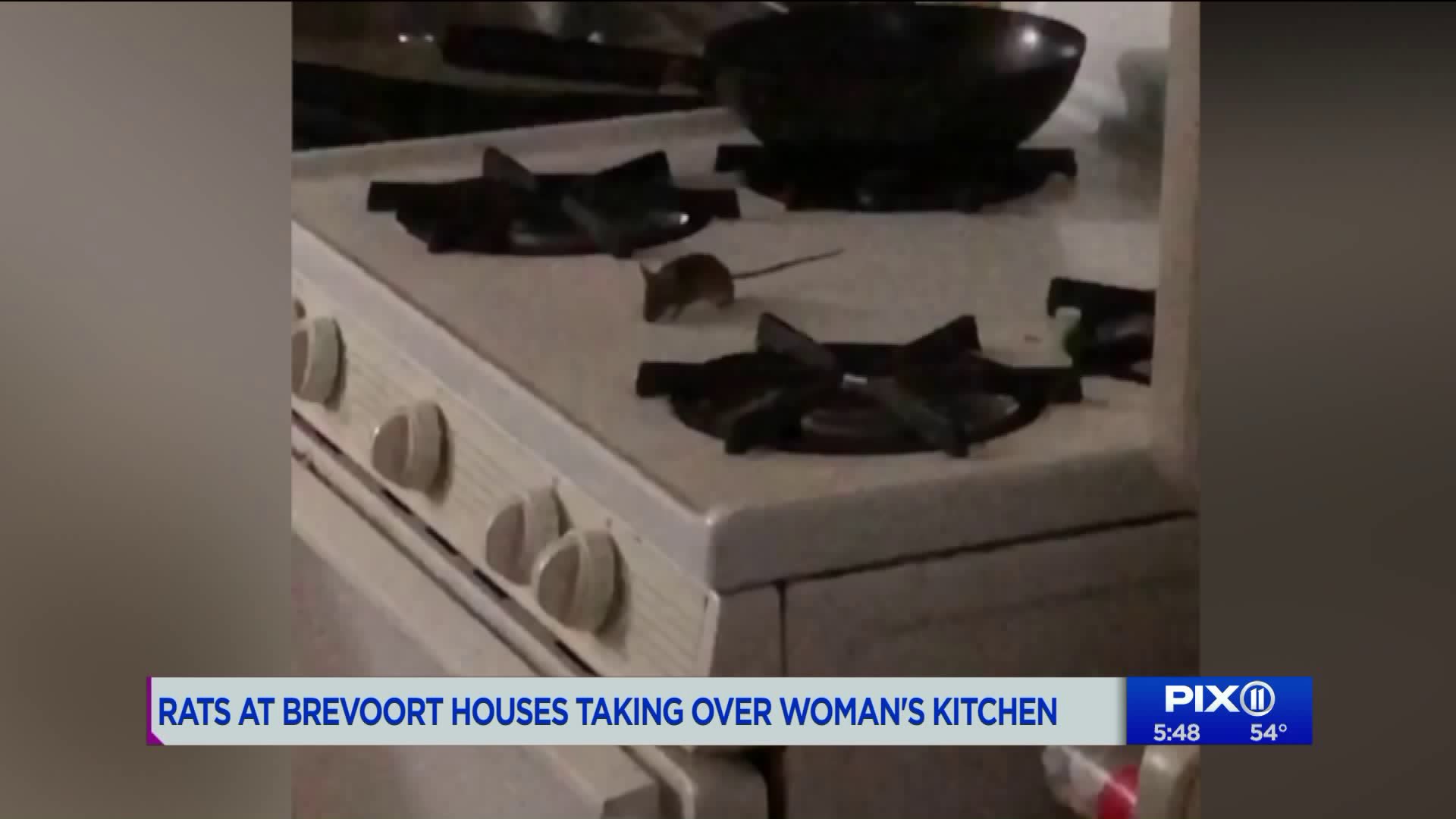 The mother, who did not want to be identified, said she was just about to heat her 7-month-old daughter`s bottle of milk when several rats ran across the stove.

BEDFORD-STUYVESANT, Brooklyn — A Brooklyn mother of three, who lives at the Brevoort Houses in Bedford-Stuyvesant, says rats have ruled her kitchen for years.

As an example, the mother, who did not want to be identified, said she was just about to heat her 7-month-old daughter’s bottle of milk when several rats ran across the stove.

She captured the frolicking rodents on cellphone video.

A NYCHA spokesperson says the resident previously declined a scheduled extermination treatment last Monday. Staff began making repairs in the kitchen Monday, including removing kitchen cabinets and repairing any holes in the walls, and a new extermination has been scheduled.

The mother countered that she never declined extermination or a previous transfer and has a meeting with management Wednesday to fill out transfer paperwork.

PIX11 will stay on her story.

If you have a story, send a selfie video to Monica Morales at monica@pix11.com.