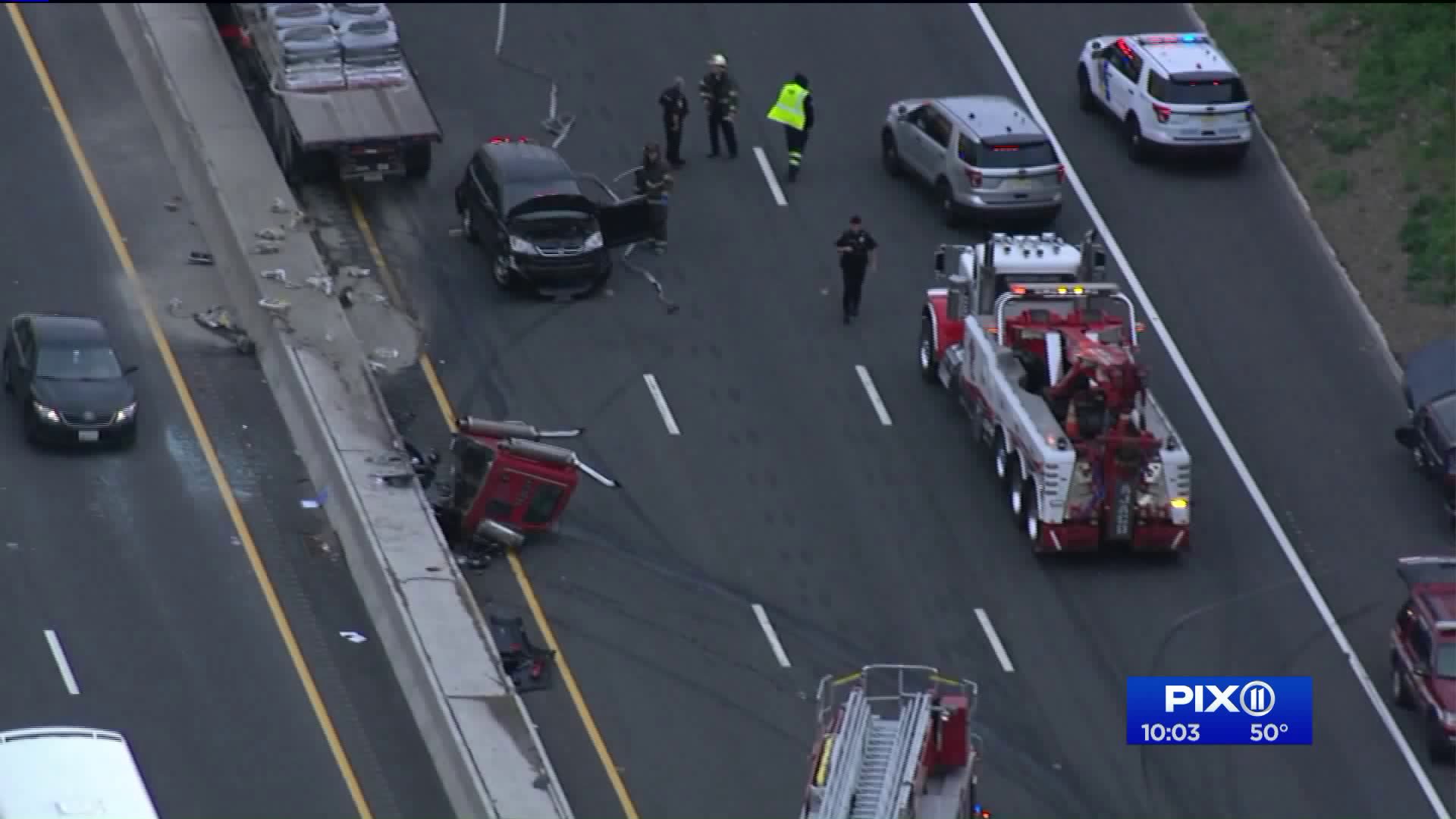 The crash happened just after 6 p.m. on I-280. All lanes have been closed.

A flatbed tractor-trailer hauling bags of cement on I-280 struck the center median around 6 p.m. Monday near milepost 9.6 in West Orange. The truck's cab then separated from the trailer and went airborne, showering other vehicles with flying debris, state police said.

Seven people were being treated at hospitals for undisclosed injuries. Authorities say none of the injuries were considered life-threatening, but further details were not disclosed.

The highway's eastbound lanes were closed for about two hours after the crash, creating major traffic delays in the area.