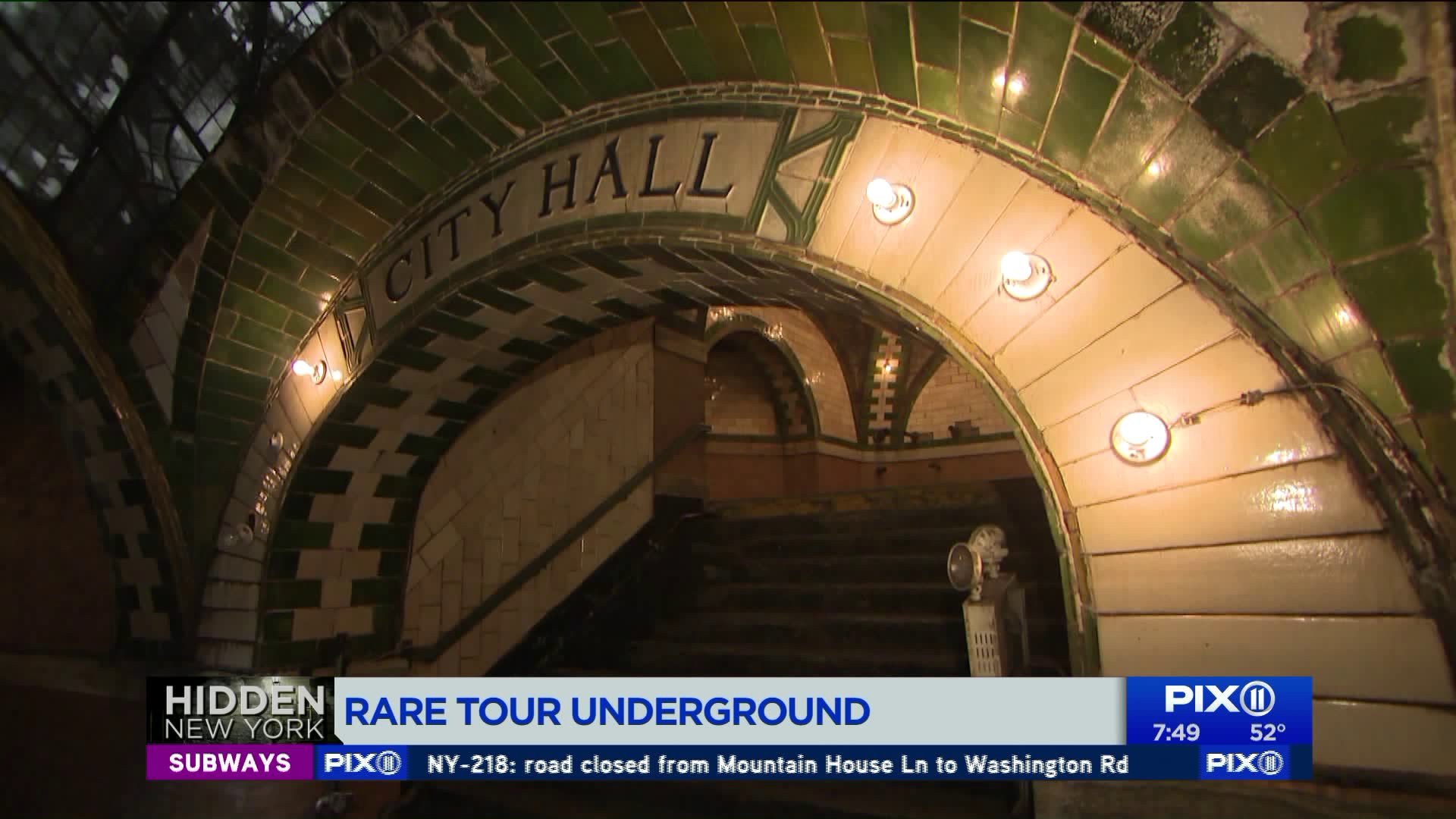 Do you know that scene with Eddie Redmayne in "Fantastic Beasts and Where to Find Them," where he`s at the City Hall station?That place is not just a movie set, it`s real!

Do you know that scene with Eddie Redmayne in “Fantastic Beasts and Where to Find Them,” where he’s at the City Hall station?

That place is not just a movie set, it’s real!

It’s actually called ‘Old City Hall’ now, and it's mostly not open to the public, except by special arrangement.

PIX11 made special arrangements, and our rare tour was made possible by the New York Transit Museum.

Just steps from the Brooklyn Bridge and City Hall, thousands walk the sidewalks, not knowing that history abounds right under their feet.

“It’s where the entire subway system got started, in 1904,” explains Concetta Bencivenga, the director of the New York Transit Museum.

Back in 1904, the trains weren’t even enclosed.

The first one rolled out of the station October 27th, to the delight of the crowds who came out to witness it.

Just nine miles of track had been laid at the time.

The station itself, is now mostly dormant.

You can glimpse it as the No. 6 train heads downtown then swings around here to head back uptown.

We got so much more than a glimpse.

The station is one of the only ones built with curved Gustavino arches, reminiscent of cathedrals.

The same Catalon architect was working on the Cathedral of St. John the Divine.

“This is the jewel in the crown,” said Bencivenga.

Original chandeliers still light the way along with a few skylights to the streets above.

All the light serving a purpose back then.

“The idea is it’s 1904,” said Bencivenga. “Electricity is new. We’re trying to make people feel comfortable with the notion of going underground. It seems like second nature to us but in 1904, that wasn’t the case."

“Is there any hope that this would ever become a subway station again?,” I asked.  “No”, said Bencivenga, “That’s done.”

The trains are too long now for the station.

The gap that creates is just too big to navigate safely.

If you want to go on a tour, you’ll need to become a member of the New York Transit Museum and then purchase a special ticket.