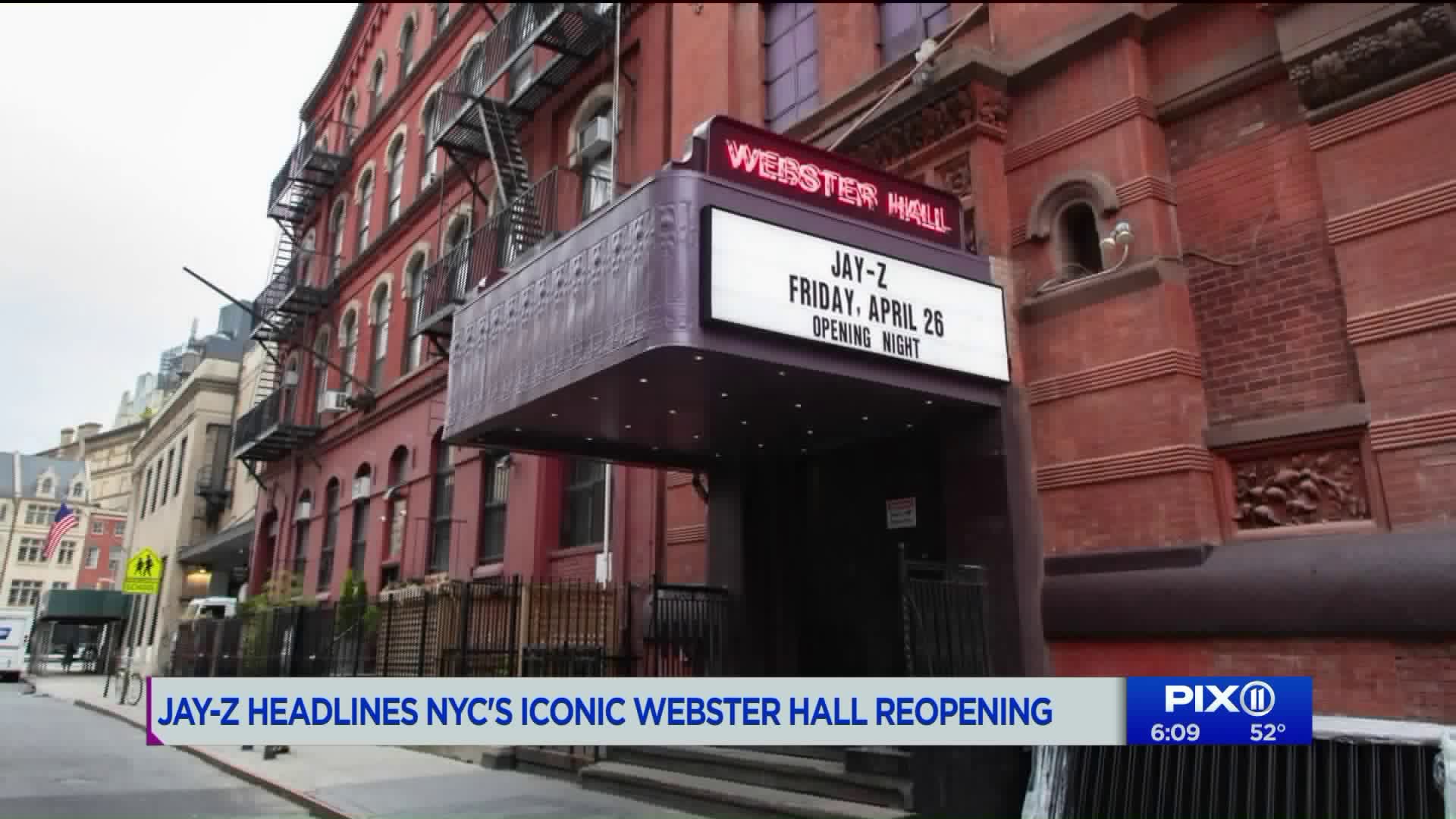 Webster Hall first opened in 1886. It was announced in 2017 that Webster Hall had been sold to BSE Global, formerly Brooklyn Sports & Entertainment, and would temporarily closed for renovations.

After an extensive renovation that lasted two years, Webster Hall is re-opening with the rapper’s “B-Sides 2” show -- billed for “Day 1 fans”

Webster Hall first opened in 1886. It was announced in 2017 that Webster Hall had been sold to BSE Global, formerly Brooklyn Sports & Entertainment, and would temporarily closed for renovations.

“When we were thinking about who would be the right choice to open this legendary venue, we knew it had to be a world-famous New York City icon,” said Brett Yormark, CEO of BSE Global. “No one fits that description better than JAY-Z, who will join an unparalleled list of celebrated performers who have played Webster Hall.”

“In renovating one of New York’s most historic and iconic venues, our goals were simple and straightforward; maintain the integrity of the space, modernize it to create an incredible concert experience for fans and performers, and book a dynamic mix of artists in music today,” said Jay Marciano, Chairman and CEO, AEG Presents. “Today’s announcement of JAY-Z to open Webster Hall, along with an eclectic line-up of artists throughout its opening month, achieves all of those goals positioning the venue to continue its success for decades to come.”

Other acts confirmed to perform at the re-opened venue include MGMT, Dillon Francis, Empire of the Sun, TroyBoi and Chromeo.