How Monica’s making it happen this week 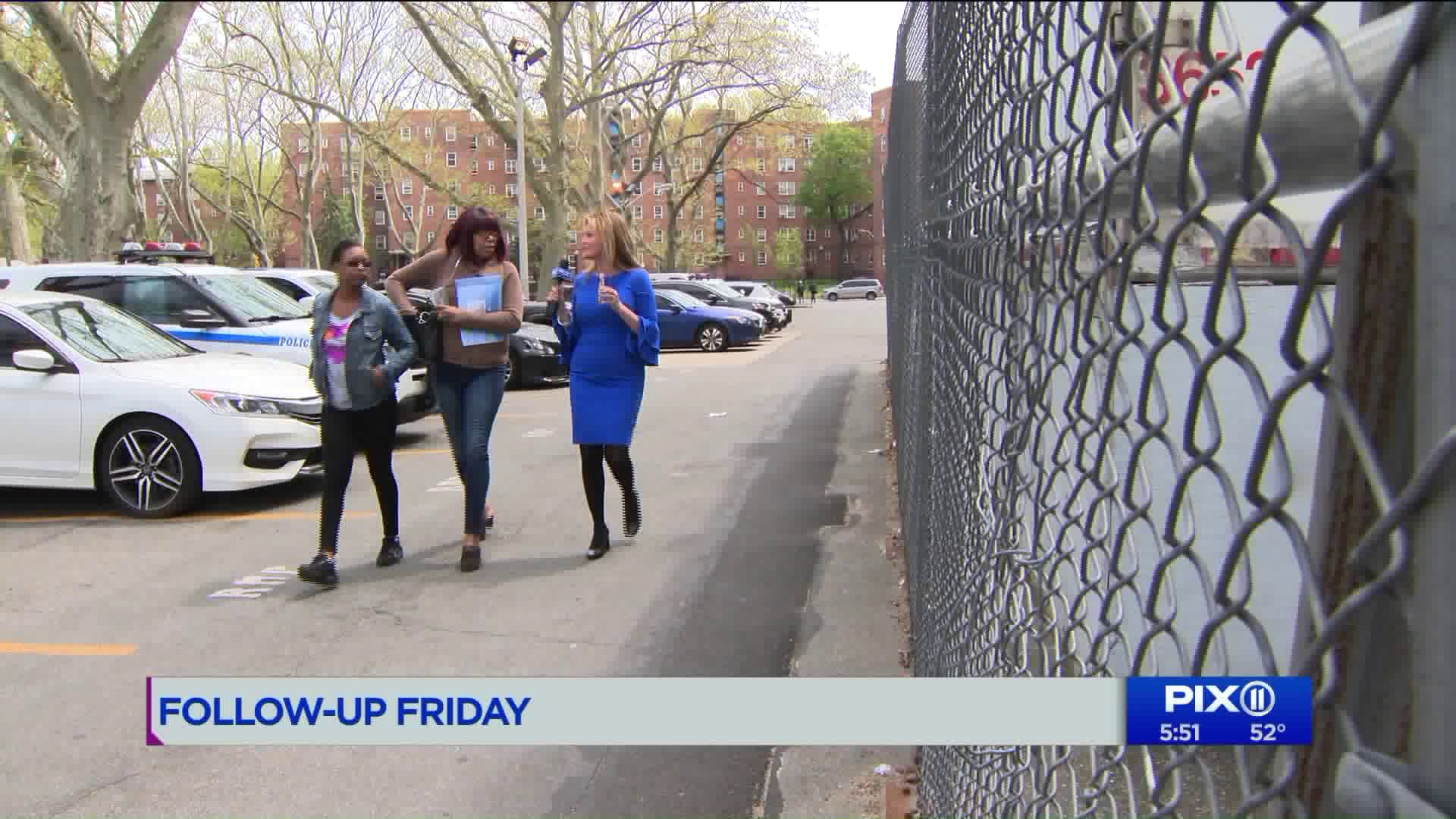 If you have a story, send a selfie video to monica morales at monica@pix11.com.

NEW YORK -- Angela Acevedo lives at the Jefferson Houses in Harlem and says her heart is broken because she can’t cook for her grandsons anymore, because her kitchen needs repairs and a sink.

“I’ve been complaining for months, nothing. I can’t cook and there are millions of roaches coming out of my wall," said Acevedo.

NYCHA tells PIX11 that crews completed plaster work Thursday and will install kitchen cabinets and a sink Friday. Staff are working to schedule for paint work to be completed.

Resident did not reach out to NYCHA regarding any complaints for roaches. However, extermination and treatment will be completed on Saturday. The last routine extermination treatment was in late February. Staff removed residents' kitchen cabinets and sink in order to replace damaged cabinets two months earlier.

Upon removal, it was discovered the resident required plaster work. Workers repaired her kitchen. Avecedo is cooking again.

Bronx Borough President Ruben Diaz Jr. slammed the city in a news conference Thursday for evicting a senior citizen who was recovering from surgery to amputate his leg.

Bienvenido Martinez says he’s lost everything, his home and his belongings.

“We need them to right this wrong. It starts with New York City Housing Authority authority and city hall,” said Diaz.

It was last year NYCHA evicted Martinez from his apartment at the union ave consolidation in the Bronx.

Martinez is from Puerto Rico and has no family in New York City.

Martinez says has never been late with his rent in 14 years.

Martinez was in the hospital when NYCHA allegedly classified his apartment as abandoned and then threw out all of belongings that include furniture, his birth certificate, his social security card, and all of his family photos.

PIX11 took the Thursday afternoon press conference live on Facebook. A spokesperson for the Mayor’s office said,
“NYCHA leadership was not happy with how Mr. Martinez ‘s situation was handled. We are finding him another apartment nearby, and will replace all of his furniture.”

Diaz’s Office says Martinez looked at sever apartments and chose one. PIX11 will be there when Martinez moves in.

The Red Hook Initiative, a nonprofit community advocacy group reached out to PIX11 for help. Organizers say there is no gas service in nearly half a dozen buildings in the Red Hook Houses, run by the New York City Housing Authority.

“We haven’t had gas since Feb. 13, 2019. We have no communication. No one come around. They issued one hot plate days afterwards,” said Vanessa McKnight, a long-time resident of the Red Hook Houses.

Teri Diaz says she hasn’t gas in her apartment for months.

“They visit and say they will come back and they never come back,” said Diaz.

The gas service restoration process includes shutting off the gas service, making necessary repairs, and inspection by the Department of Buildings in order to safely restore service. The interruption is to cooking gas only and is unrelated to heat or hot water service. PIX11 will stay on this story.

If you have a story, send a selfie video to Monica Morales at monica@pix11.com.