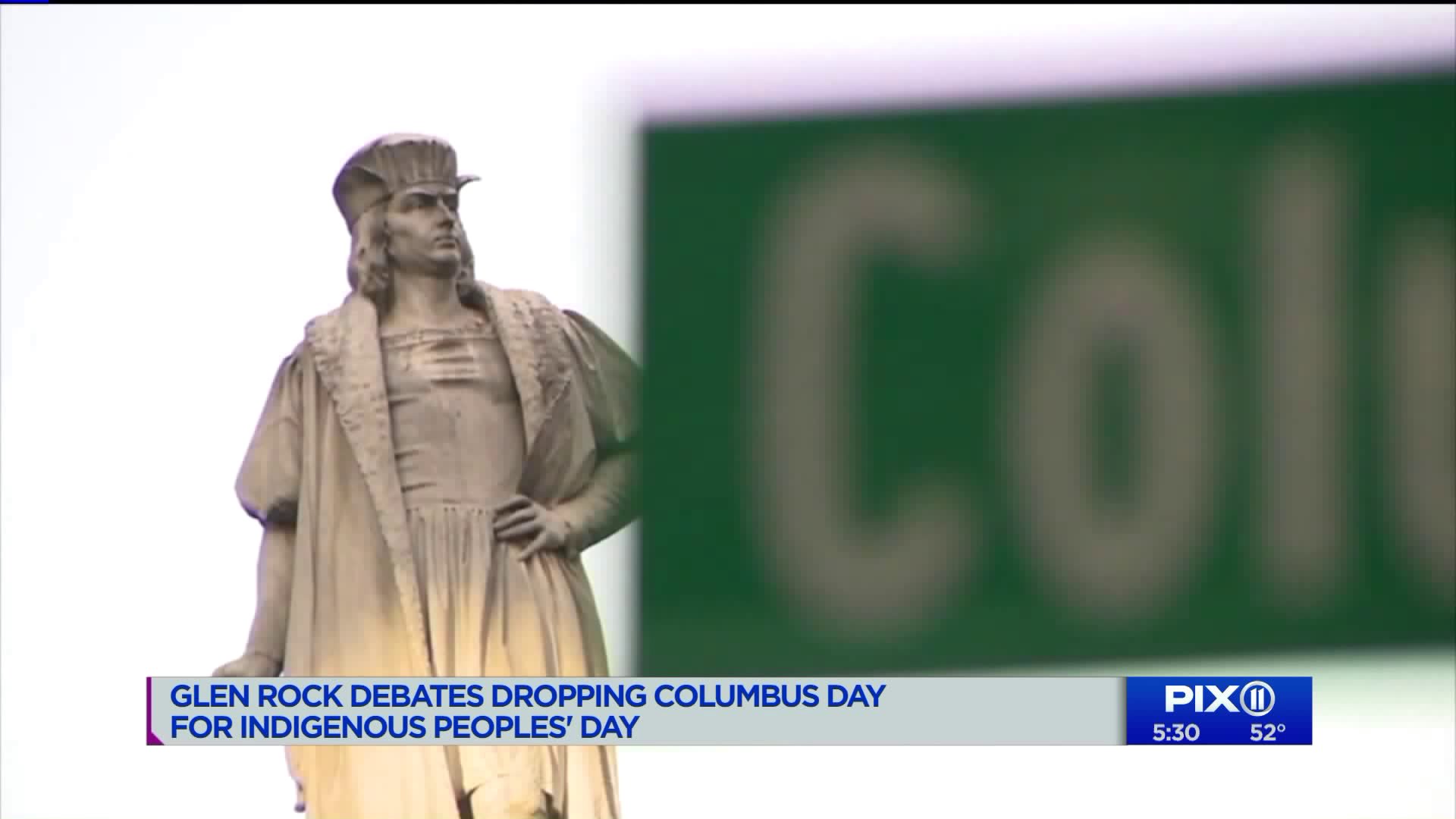 More than 60 cities and states no longer celebrate Columbus Day -- and Glen Rock, New Jersey is thinking about joining them.

GLEN ROCK, N.J. -- More than 60 cities and states no longer celebrate Columbus Day -- and Glen Rock, New Jersey is thinking about joining them.

"Christopher Columbus doesn’t deserve that type of recognition," said Syeda Islam on Glen Rock Main Street Friday. "It’s like more respectful to do it towards an Indigenous Peoples' Day because they do deserve to like be remembered, that they suffered."

Further down Main Street, inside Giannella's Bakery and Deli, a different take.

"I don't think it's right," Diana Visser said. "To me it will always be Columbus Day."

For many Italian-Americans, the October holiday marks a celebration of their heritage. Others hail Columbus for his pioneering European exploration of the new world. While some simply see the beginning of horrible atrocities for indigenous people.

After getting emails from residents in favor of the change, Glen Rock Mayor Bruce Packer proposed the idea at this week’s council meeting. No one from the public spoke up, but several council people commented in favor, while a couple voiced concern.

"I didn't feel comfortable going back 500 years in history and judging people by our 21st century moral standards," said Glen Rock Councilman Bill Leonard. "He was one of the most prominent Italians in all of history. He did some great things and he was also an imperfect human, who was a product of the time in which he lived."

"We have to realize that there definitely was slavery and atrocities, but that was before Columbus or anybody else got here," said Andre DiMino, an executive board member of Italian American One Voice Coalition. "You can’t hold the indigenous people to today's standards, just like they can’t hold Columbus and others to todays standards."

As of right now, Columbus Day remains on Glen Rock’s 2019 and 2020 calendar. So far no vote has been scheduled to change it.

"If they want to celebrate indigenous people, do it on another of the 364 days that are there," said DiMino. "Don’t take away Columbus Day."

The Mayor stated on Friday: “While I would personally support the change to our calendar, as a mayor, I believe it is crucial that we, as elected officials, carefully balance our personal views with the prevailing will of our residents. With that in mind, we continue to encourage residents to reach out with their opinions on the matter.”