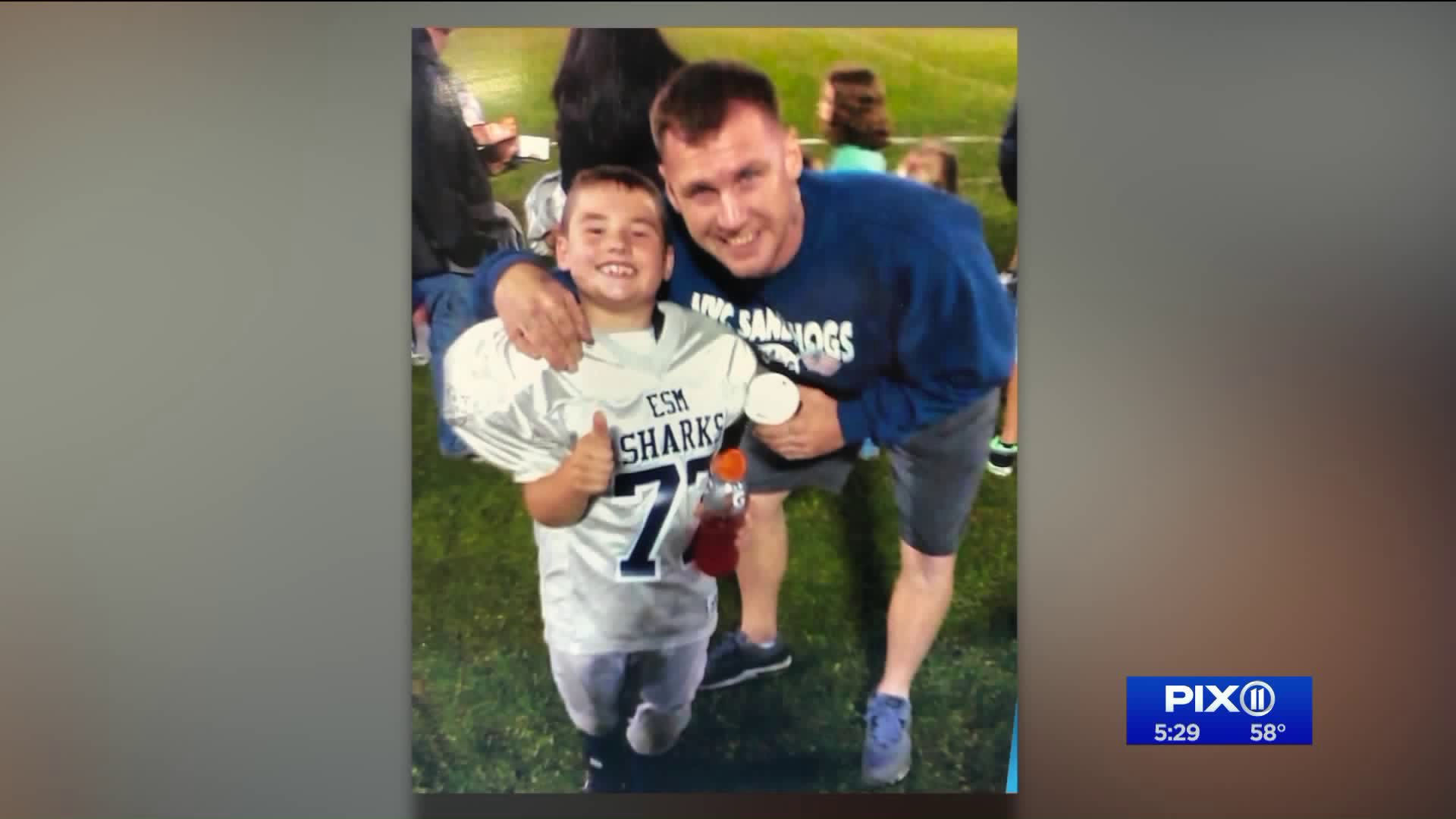 After his death, Erickson went on to save four lives with his organs. One of them was 66-year-old retired police officer Robert Pascarelli who received his heart.

The beloved father, son and husband from Long Island — was also a registered organ donor.

A role he signed up for after his wife, Megan, pressed him.

After his death, Erickson went on to save four lives with his organs. One of them was 66-year-old retired police officer Robert Pascarelli who received his heart.

For the first time, Pascarelli met with the family Monday of the man who kept him alive.

The reunion was made possible by Live On NY, a non-profit organization that connects organ donors and recipients.

“Emotions are everywhere I am just thankful to have met him,” Megan Erickson, the donor’s widow, told reporters.

Pascarelli says he almost lost hope in the seven months that he waited for the new heart but finally got the call that changed everything.

In what was a very emotional moment, Erickson’s mother and widow had an opportunity to listen through a stethoscope to the beating heart of the man they lost.

The power of organ donation has not only made Pascarelli grateful but a believer. He says he’ll now register to become a donor.