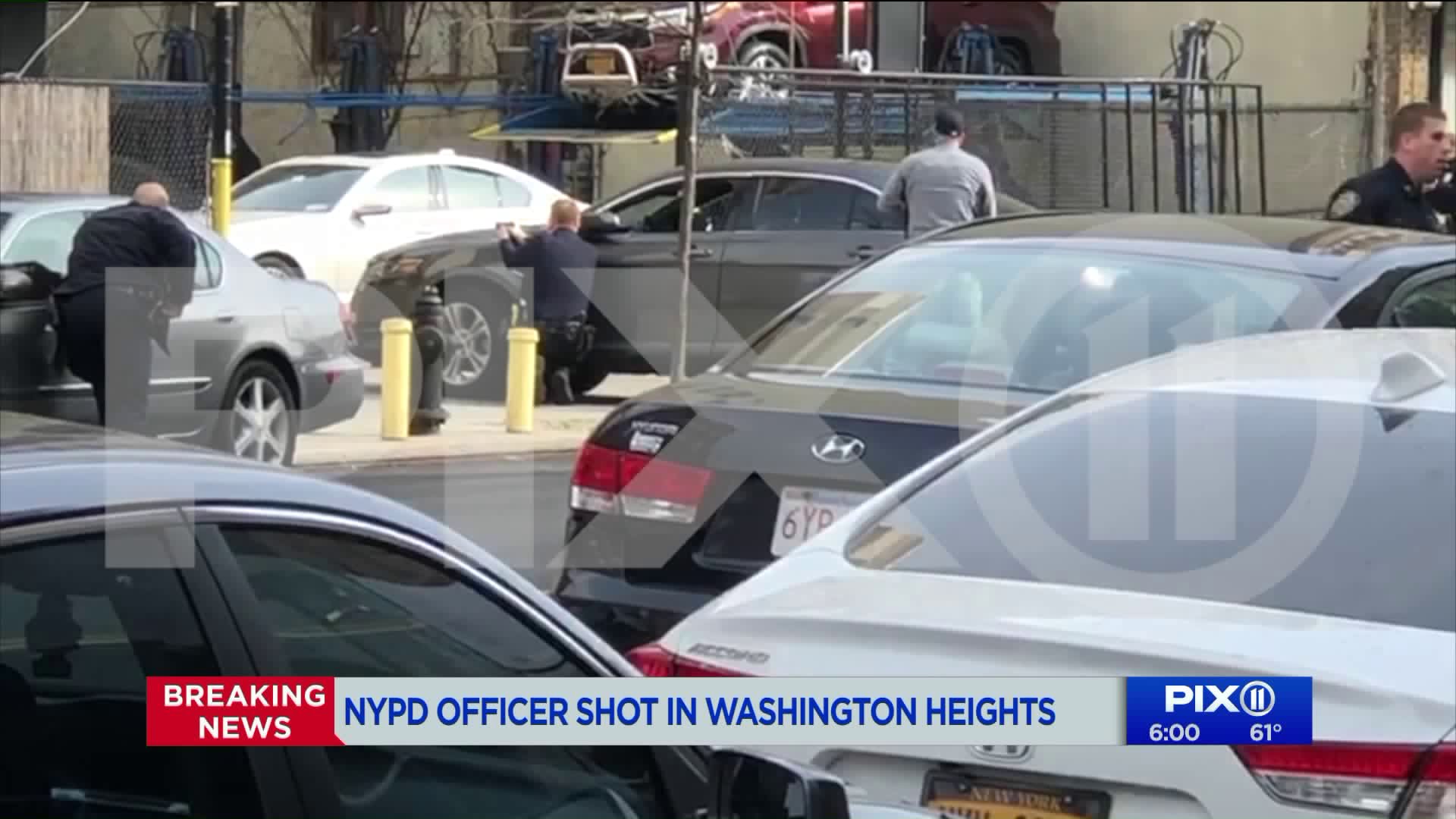 An NYPD officer was shot in Manhattan on Thursday afternoon, sources said. One suspect was fatally shot, sources said. Another suspect is in custody, police said. 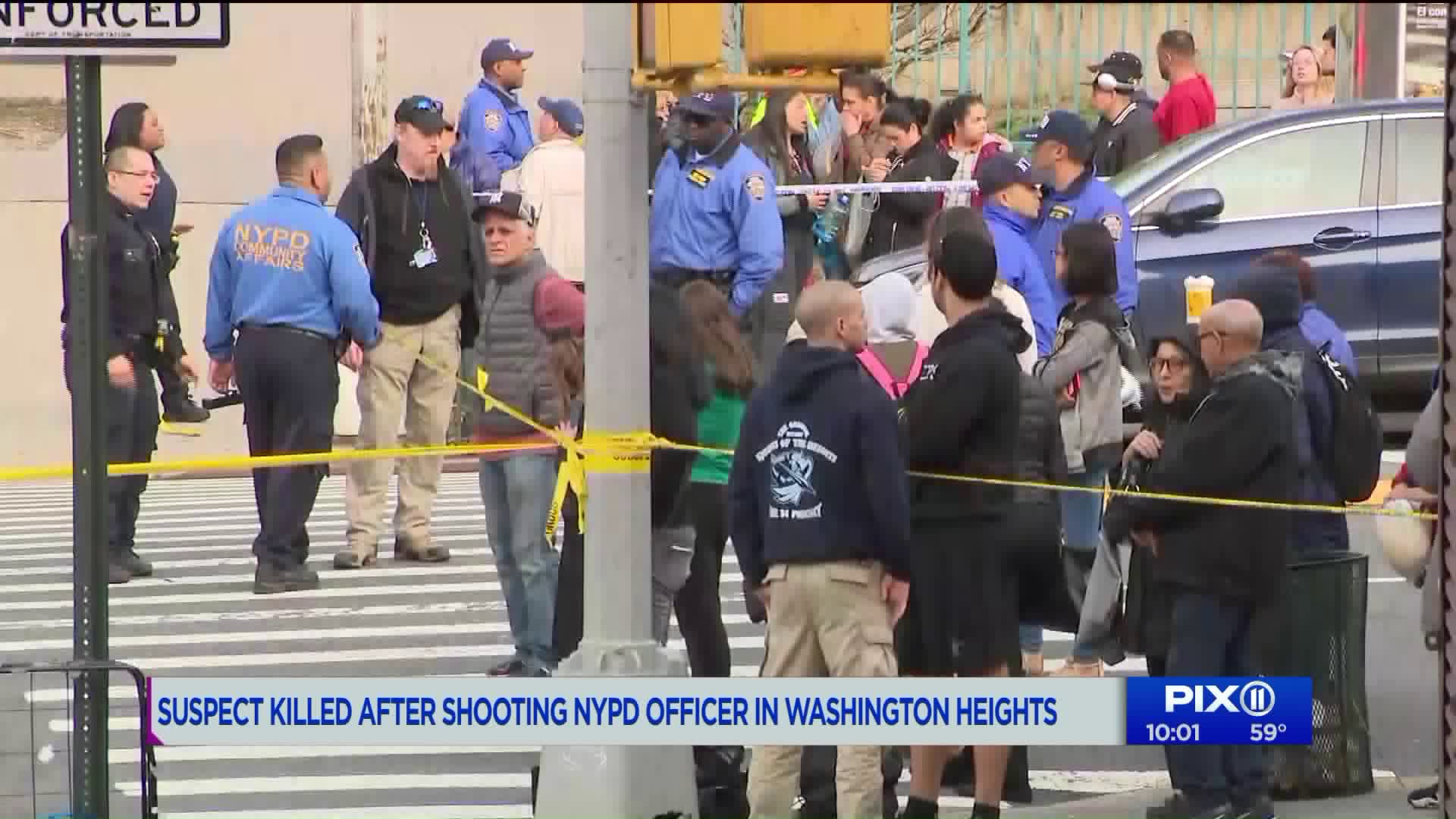 WASHINGTON HEIGHTS, Manhattan — A gunman was fatally shot in Manhattan on Thursday afternoon after an NYPD officer was injured in a shootout.

The cop, who was hit in the right armpit, responded to 187th and Wadsworth around 4:30 p.m. for a report of shots fired, police said. When he arrived, he spotted a man with a gun who matched the description from the 911 call. The officer chased the man one block to the intersection with Broadway.

He followed the suspect, who sources said is a member of the Trinitarios gang, into a parking lot, NYPD Commissioner James O'Neill said. The gun-wielding man hid behind the last parked car in the lot and the officer, who is a member of the 34 Precinct's Anti-Crime Unit, took cover behind another vehicle.

A bullet went through the front windshield of an unmarked police vehicle, just missing the officer inside. (NYPD)

The gunman fired three times, hitting the cop, who fired back one time, police said. Then the plainclothes officer's partner drove an unmarked car into the lot.

A bullet pierced the front window of the car, just missing the officer inside, officials said. That cop fired three times, striking the gunman in the chest.

Video shows the injured officer clutch at his arm after being shot. Other officers flooded the scene to assist.

"Fellow police officers continue to run into that parking lot with rounds whizzing by their heads," Pat Lynch, president of the Patrolmen's Benevolent Association, said.

Police recovered this gun at the scene of the Washington Heights shooting. (NYPD)

Police recovered a gun at the scene.

The injured officer was rushed to Mount Sinai St Luke's, police said. His injuries are not considered life threatening.

"These officers did everything right to protect the people of this community," de Blasio said.

The gunman was taken to NewYork-Presbyterian/Columbia University Medical Center where he was pronounced deceased. His name has not been released.

The NYPD has asked for people to avoid the area because of the ongoing police investigation. Expect heavy traffic and a large police presence in the area.

This is the second time an NYPD officer was shot this year. Detective Brian Simonsen was killed in February in Queens. It was a tragic case of friendly fire. In December of 2018, a police officer on Staten Island was also hit by friendly fire.