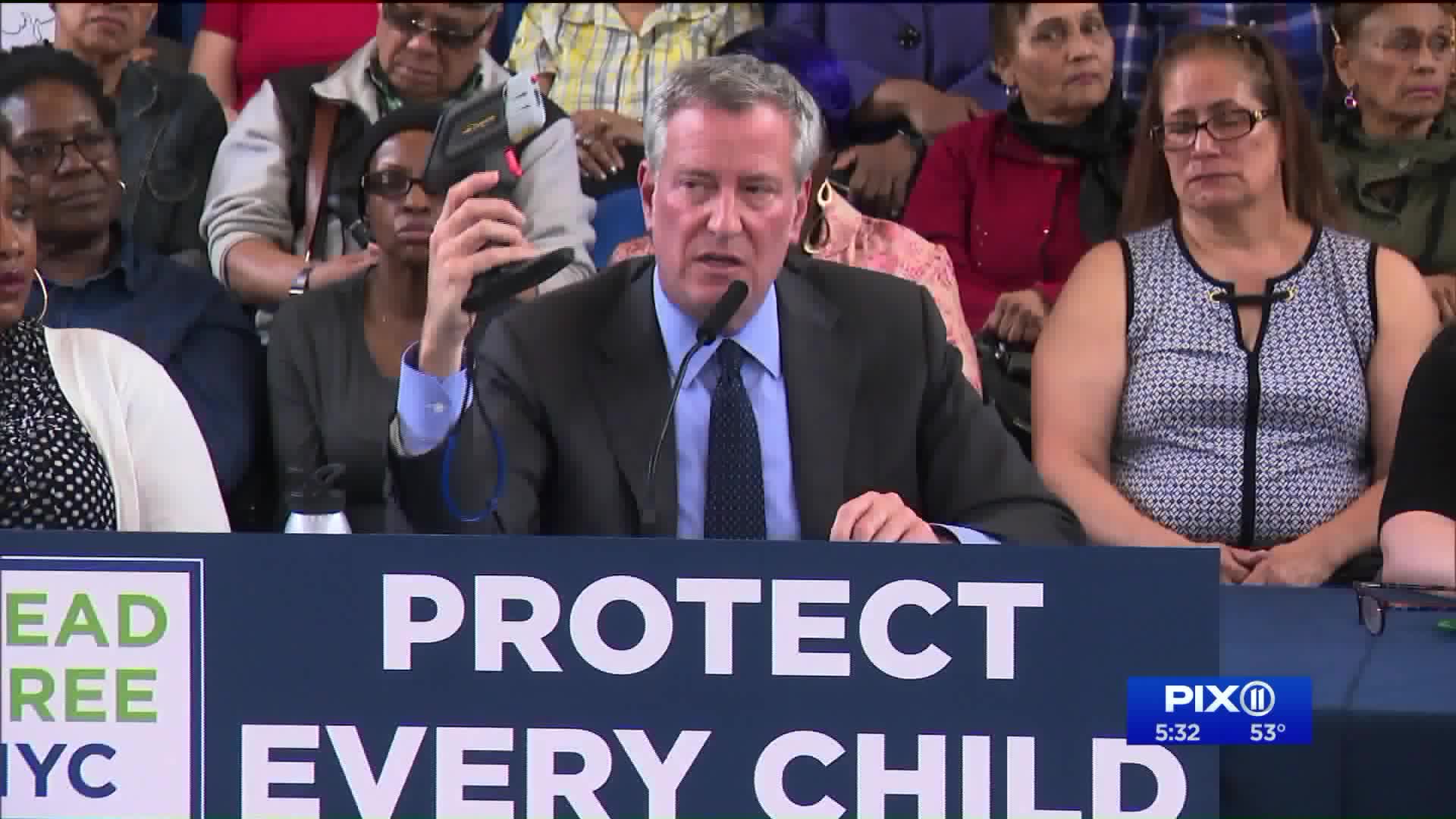 Mayor Bill de Blasio displayed a lead gun in a news conference Monday and made a promise to families who live in New York City public housing.De Blasio says 135,000 apartments will be tested for lead with the X-ray guns by the end of next year. About 5-7 thousand apartments will be tested for lead each month, costing the city $88 million. Testing will be completed by the end of 2020.

NEW YORK — Mayor Bill de Blasio displayed a lead gun in a news conference Monday and made a promise to families who live in New York City public housing.

“New York City has driven down the number of kids exposed to lead by 90 percent, and now we will finish the mission,” de Blasio said. “For the first time ever, we’re going into 135,000 NYCHA apartments to eradicate lead exposure. This aggressive new testing plan will help make New York the healthiest and fairest big city in America.”

Testing begins at Harlem River Houses on April 15 and the other seven developments will start on May 1. The first developments to be tested are:

NYCHA will report its testing results online by May 1 and will update this information every two weeks.

“I want to say right now the folks who knew that the inspections were not happening and didn’t tell the NYCHA higher ups I think they did something horrible,” said Mayor de Blasio.