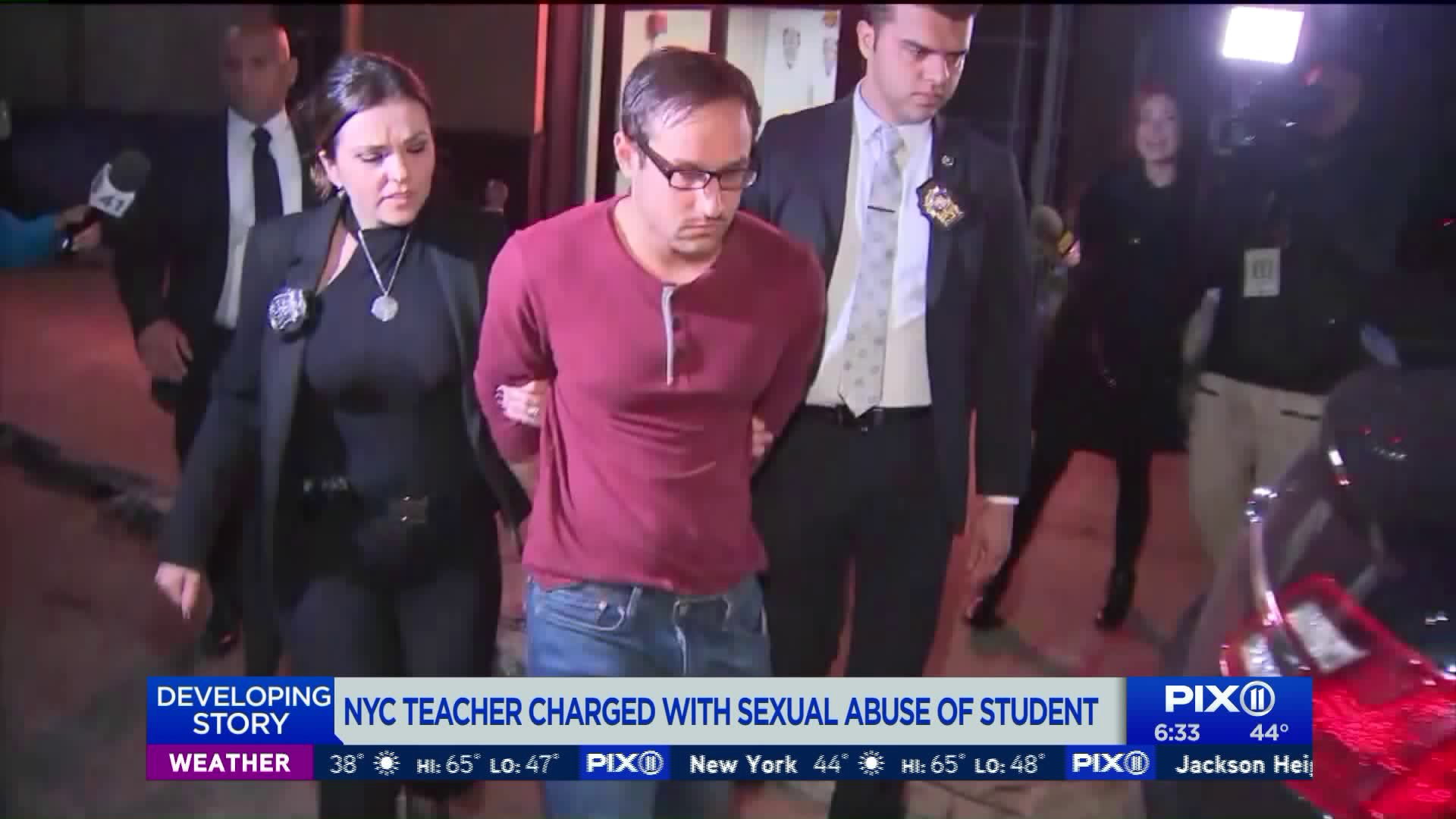 Daniel Santiago, a teacher at P.S. 244 elementary school in Brooklyn, allegedly began inappropriately touching an 11-year-old student in February, sources said. It allegedly escalated to more inappropriate behavior. Word spread among the students, who then told another teacher at the school. The teacher told the principal, who then called police and made them aware of what was going on.

Santiago was charged with sex abuse and acting in a manner to injure a child under 17, police said.

An Education Department spokesperson sent PIX11 the following statement: "This teacher was immediately reassigned away from the classroom when we were made aware of this disturbing allegation. We'll seek to remove him from payroll as quickly as possible while the investigation is pending."