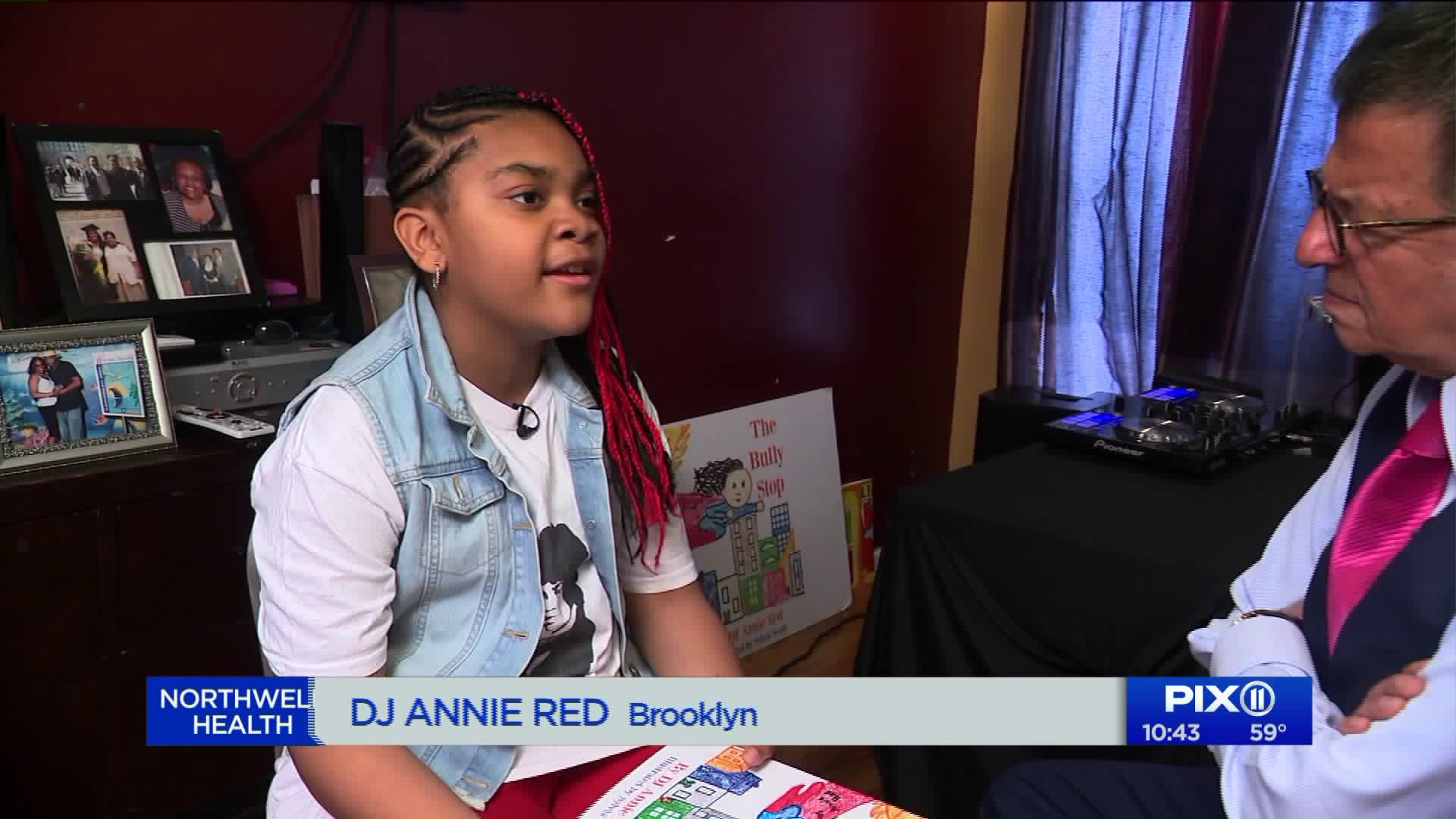 Age should never hinder you from following your dreams.We`re introducing you to one 10-year-old girl from Brooklyn, who`s a sought-after DJ, and inspirational speaker.

BROOKLYN — Age should never hinder you from following your dreams.

We're introducing you to one 10-year-old girl from Brooklyn, who’s a sought-after DJ, and inspirational speaker.

DJ Annie Red, as she's known professionally, started DJ-ing when she was just five years old.  Her interest was sparked after her dad bought her a Barbie DJ set.

At age 6, Annie was the youngest to graduate from The New York Scratch Academy.

Soon after she began booking jobs and gaining attention for her anti-bullying songs and speeches.

“Bullying is important because I got bullied because of my voice, they would tease me that I sounded like a boy.”

So when Annie was 7, she wrote a song called "No, You Won’t Bully Me."

The song led to a book, which is available on Amazon and speaking engagements around the country.

When did her parents realize they had a star on their hands? When she was performing for 1,000 kids at York College.

“She handled it well was not nervous, I thought wow, she’s got this on a professional level.”