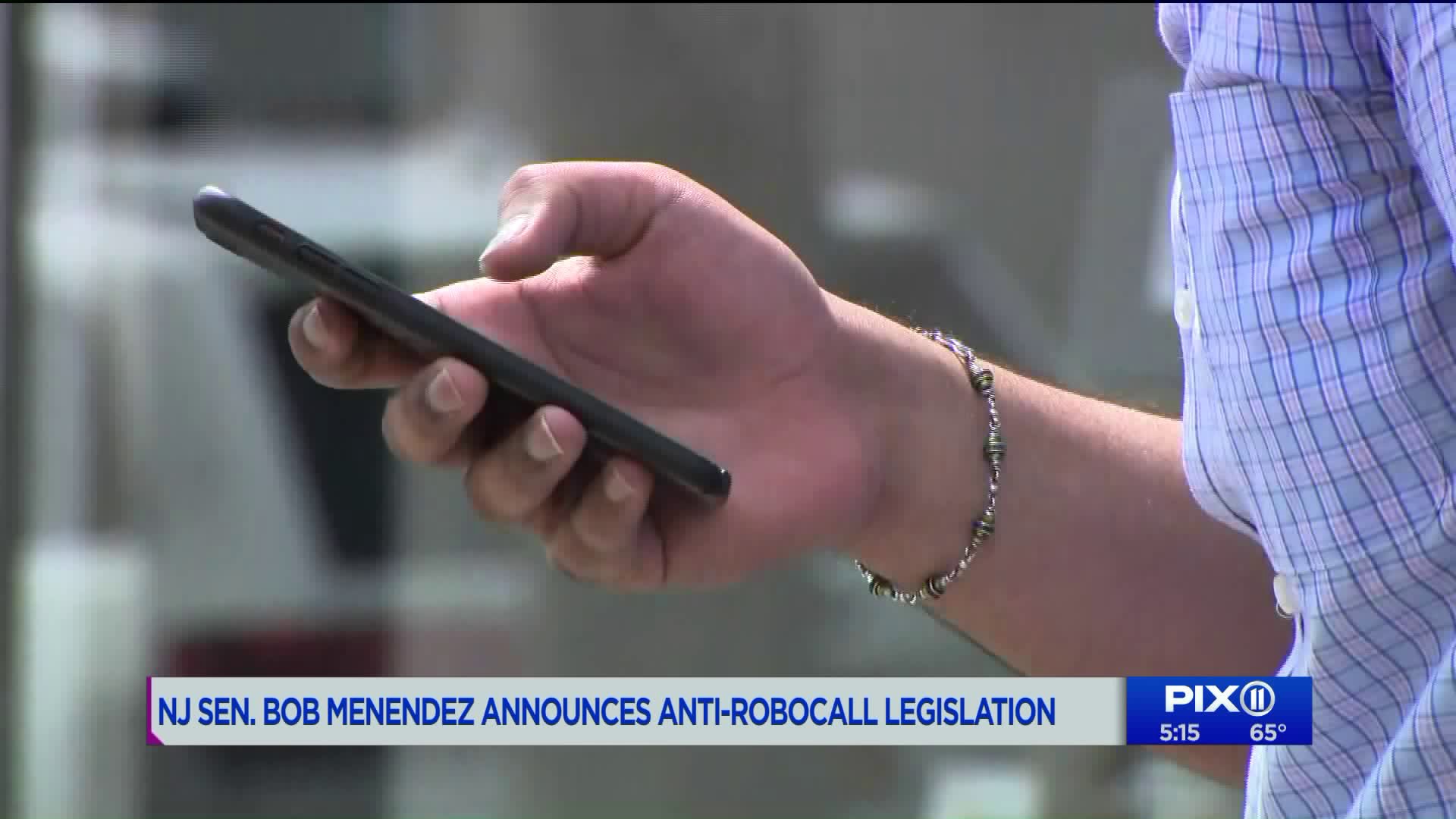 If you`re fed up with robocalls, help may be on the way. New Jersey Sen. Bob Menendez has co-sponsored federal legislation that`s currently making its way through the senate. the TRACED Act aims to shut down illegal robocalls.

If you are fed up with countless robocalls, help may be on the way.

"These robocallers care about one thing, ripping you off. And the American people are sick and tired of it," New Jersey Senator Bob Menendez said in Newark Friday.

Menendez co-sponsored the TRACED Act, federal legislation aiming to shut down the illegal robocalls, currently making its way through the senate.

According to Menendez's office, there were more than five billion illegal robocalls nationwide in March.

Hoboken resident Matthew Brand said he is sick of the scams. "I get them all the time. I have downloaded apps to block them and it never works," he said.

It's not only a nuisance, some people are getting scammed. Many of the calls ask for credit card numbers or bank information.

"A couple of months ago they were saying my social security number expired and that's something that anyone could fall for," Hoboken resident Anna Poruks told PIX11 News.

Some calls are domestic and others come from overseas. Despite a federal do-not-call registry, the calls keep coming. The technology has gotten so sophisticated that it can spoof local numbers and even can look like your own cell number.

"I get phone calls, it says my hometown. Somehow they know where I live," Poruks said.

During Senator Menendez's press conference at his Newark office, he too got a robocall. It said it was a reminder that his vehicle's factory warranty may have expired.

According to Senator Menendez, the TRACED Act has passed the Senate Commerce Committee and has bi-partisan support.

It gives the FCC power to fine robocallers $10,000 per call. It also gives the FCC up to 3 years to catch the caller after the robocall is placed. And it requires phone companies to adopt call authentication technology. That means a call must be deemed legitimate before it reaches your phone.