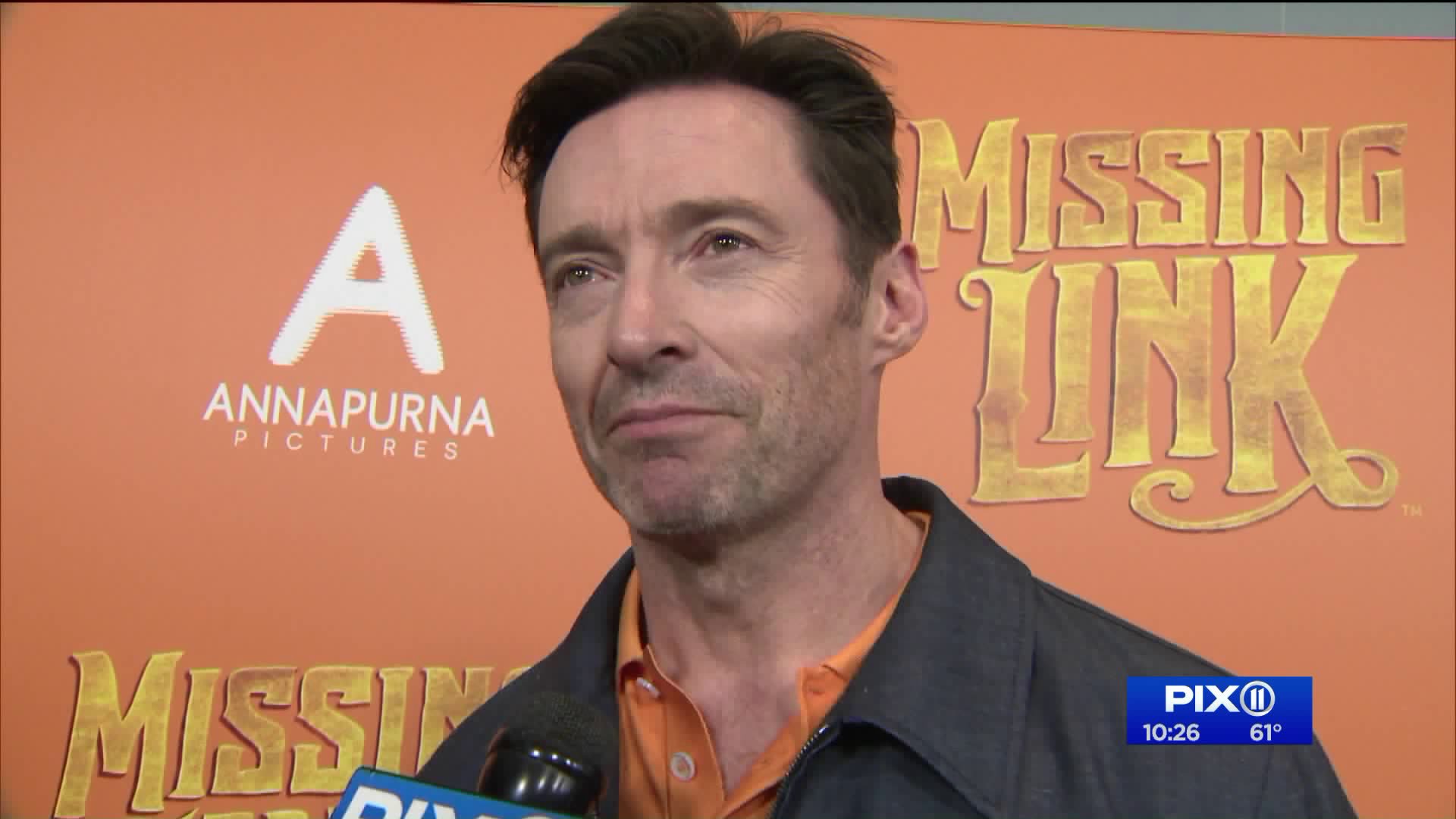 Hugh Jackman, Zach Galifianakis, Zoe Saldana and others hot the red carpet in Lower Manhattan for a screening of the animation film, Missing Link. The film will be in theaters April12.

LOWER MANHATTAN, New York— It was a star-studded event, culminating a long-awaited moment by writer-director, Chris Butler, after a years-long process of creating 'Missing Link.’

The stop-motion animation film follows the journey of a lonely  Yetti,  who enlists the help of an explorer and a fearless female adventurer, to help find his long lost relatives in a fabled valley of Shangri- La.

Butler, whose meticulous work on the film spanned nearly 5 years, drew inspiration from characters such as Indiana Jones, Sherlock Holmes, and of course, monsters, Butler said in an interview with PIX11 News.

"It was a lot of fun. These movies are fun to do and it was fun to watch it all come together," Galifianakis said during the Sunday premiere.

Nepalese actress Amrita Acharia praising the film, and bringing a bit of childhood nostalgia to her character, a mountain guide, as the film is based in the Himalayas.

Known for hit roles such as Wolverine in the X-Men film series, actor Hugh Jackman welcomed the chance to tap into his inner-child for the co-starring role of Sir Lionel Frost, the adventurer who leads the lovable Yetti on an action-packed journey.

"Its just the kid in me. I just love Sir Lionel, and the amount of love and care and attention that goes into this film is incredible."

"I think that  accepting others as they are is a good message, and also self acceptance. Before you seek approval of others, first learn to like yourself and thats what I feel is the biggest take away from 'Missing Link'," Saldana said.

The family-friendly animation film, "Missing Link" will be in theaters April 12.

Check out our full interview with the cast of "Missing Link":