Smorgasburg opens for the season in Brooklyn 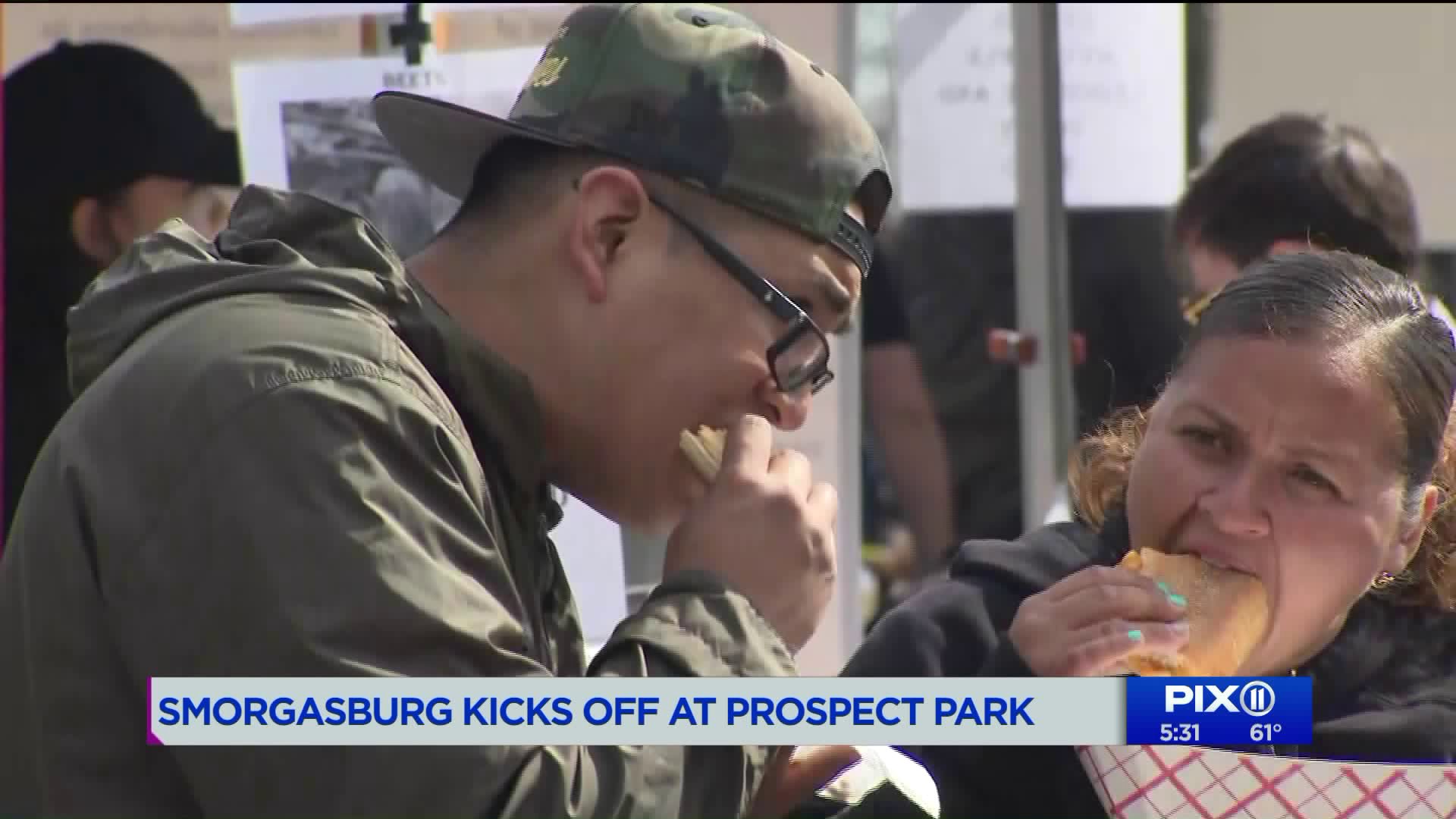 It`s been called the "Woodstock of eating;" Smorgasburg is the largest weekly open air Food market in America, attracting up to 30,000 people to Brooklyn each week to eat from 100 local vendors.

PROSPECT PARK, Brooklyn — It’s been called the “Woodstock of eating;" Smorgasburg is the largest weekly open air Food market in America, attracting up to 30,000 people to Brooklyn each week to eat from 100 local vendors.

It started in 2011 as a spin off of the Brooklyn flea in Williamsburg and then expanded to Prospect Park on Sundays in 2015. Now it's also adding the World Trade Center On Fridays. Its founder says he never could’ve dreamed Smorgasburg would be this popular.

“There is so much joy here and it’s free for people to hang, sharing a watermelon,” Eric Demby, a co-founder of Smorgasburg, told PIX11. “A lot of positivity here and it’s a really nice respite."

There are 20 new vendors this season. Among them is the New Tojo Kitchen with the marbleized wagyu beef.

Another hugely popular vendor, 10 Below, featured Thai rolled Ice cream with a salted caramel ice cream base and a bottle of coke poured in.

“I am having a s’mores galore and it is very good,” 10-year-old Zak Imiuru said.

With no entrance fee, lots of folks just enjoy the vibe of the open-air food market. And still others keep coming back for the staples, like the ramen burger with a ramen noodle bun.

“I have it year after year,” Monika England, a Crown Heights resident, told PIX11 News. “It’s definitely a must try."

Smorgasburg runs every weekend until the end of October, Fridays at the World Trade Center, Saturdays in Williamsburg and Sundays in Prospect Park.